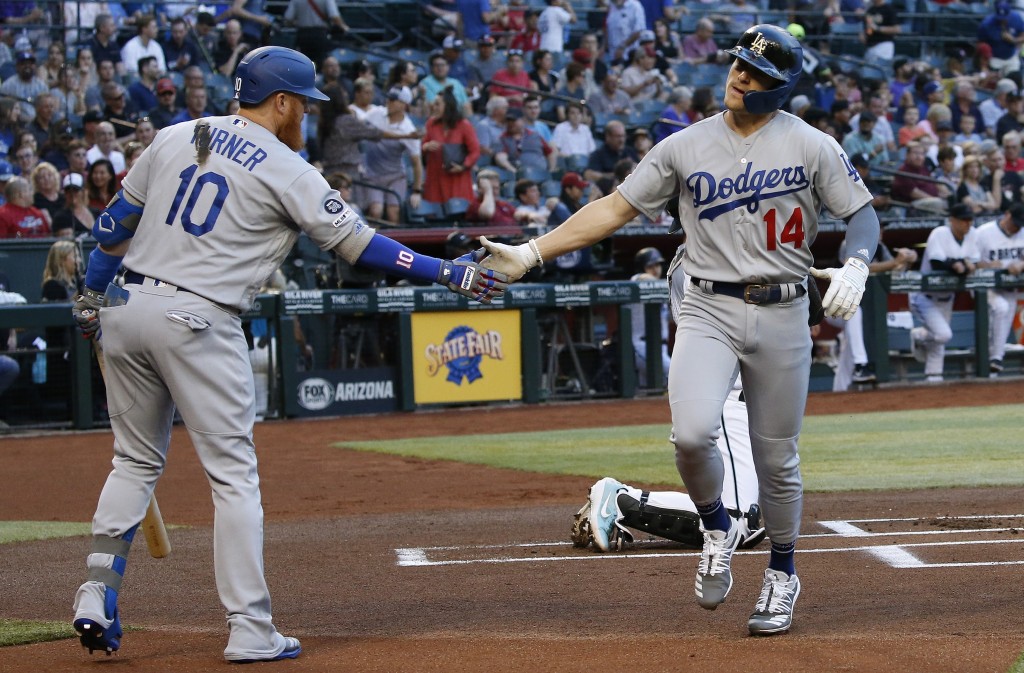 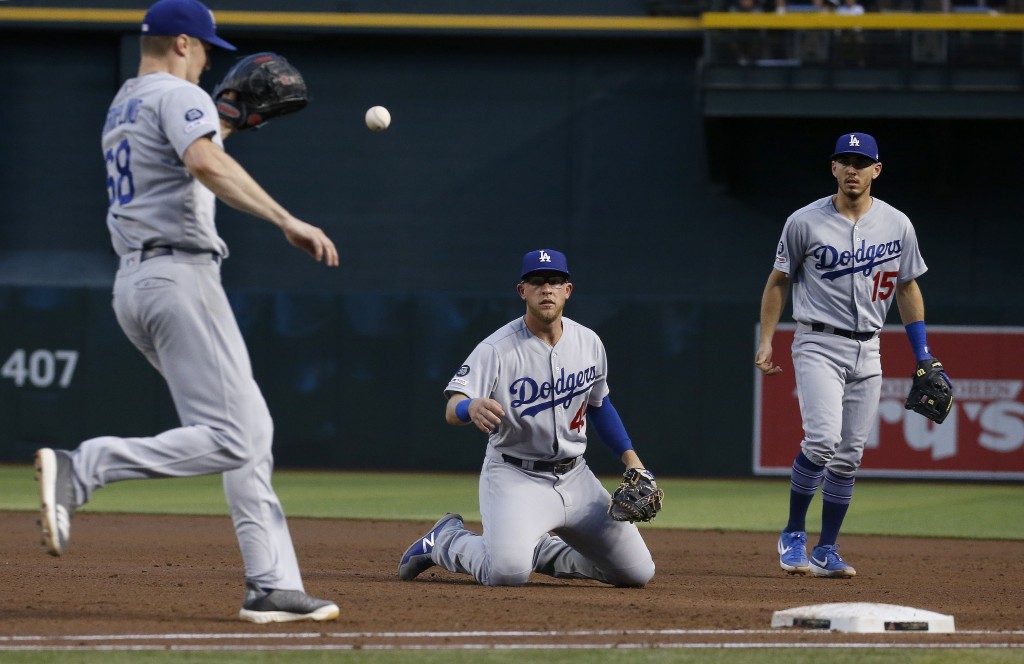 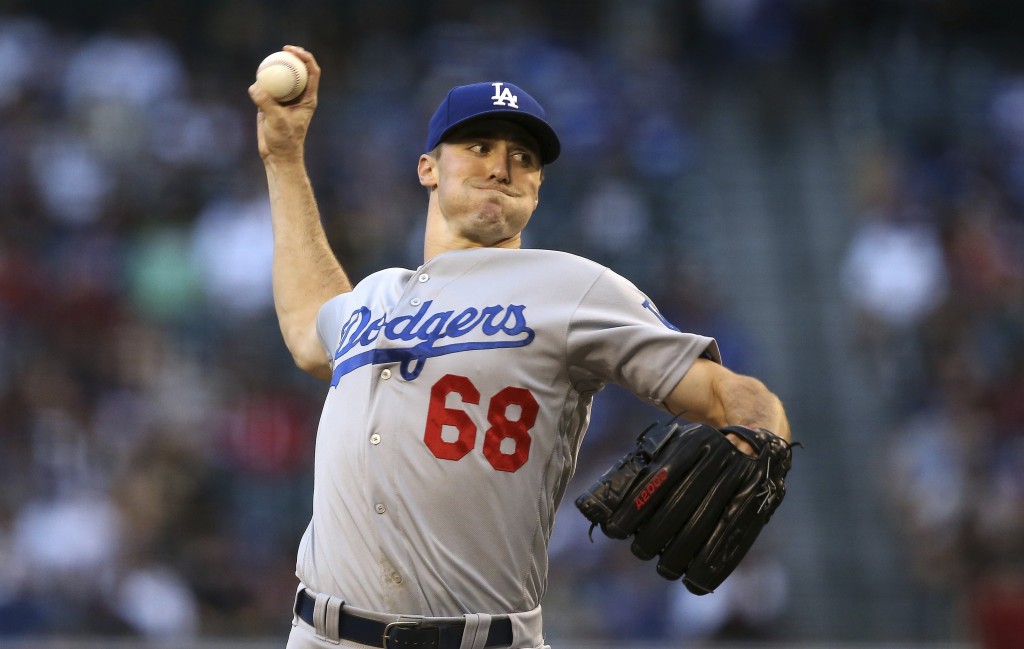 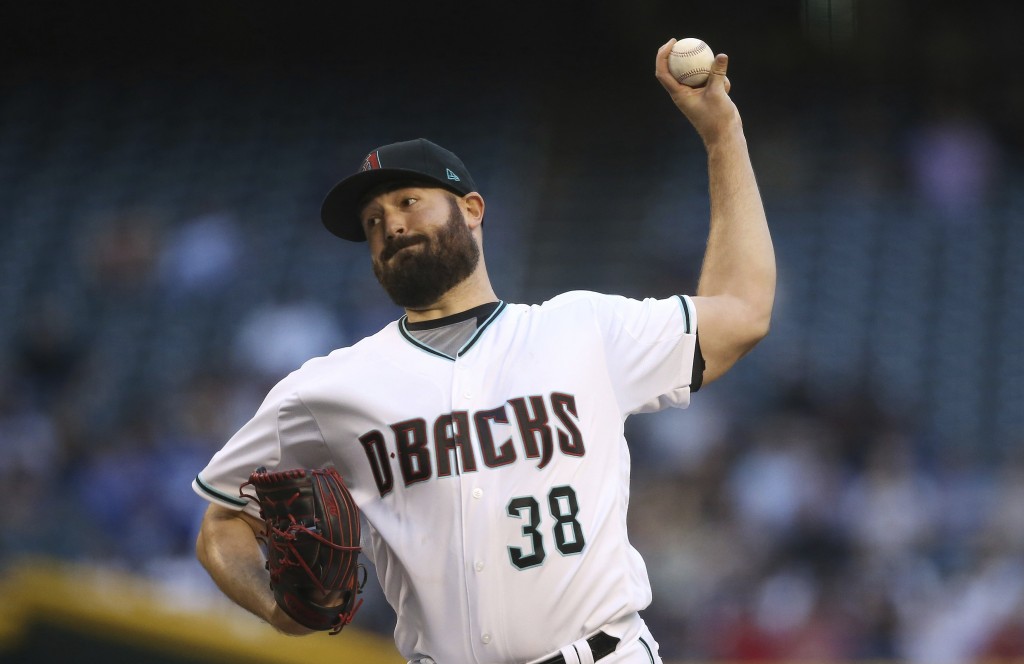 Hernandez hit a 0-2 pitch out to left off Robbie Ray (5-5) to open the game and Turner hit his off the left-hander in the sixth inning. Chris Taylor drove in the go-ahead run on a double two batters later.

Julio Urias (4-2) allowed a hit in three innings in relief of Ross Stripling, who was on a limited pitch count in his return to the rotation. Kenley Jansen worked around Nick Ahmed's two-out single and stolen base in the ninth for his 23rd save.

The NL West-leading Dodgers have won seven of eight.

David Peralta had run-scoring hits in the first and third innings for the Diamondbacks. Ketel Marte went 2 for 4 for his eighth straight multi-hit game, breaking Luis Gonzalez's team record set in 2001.

Arizona has lost seven of nine.

Ray gave up the leadoff homer to Hernandez, but held the Dodgers without a hit over the next four innings despite running up his pitch count.

The left-hander ran into trouble in the sixth inning as Turner hit his to left, and consecutive doubles by Alex Verdugo and Taylor put the Dodgers up 3-2.

Ray allowed three runs and four hits, while striking out nine in 6 1/3 innings.

Stripling started the season in the rotation before being bumped to the bullpen when Rich Hill returned from a knee injury in April. The right-hander was solid as a starter his previous go-round, going 1-1 with a 2.65 ERA.

Dodgers manager Dave Roberts wanted to limit Stripling's pitch count in his return to the rotation after another Hill injury, so he was pulled after allowing two runs on four hits in three innings.

Dodgers: SS Corey Seager is progressing in his return from a hamstring injury and took some groundballs on Monday, but no timetable has been set for his return.

Diamondbacks: INF Jack Lamb (quadriceps) completed his rehab and was in Arizona's clubhouse on Tuesday. The Diamondbacks did not say when he will be activated.