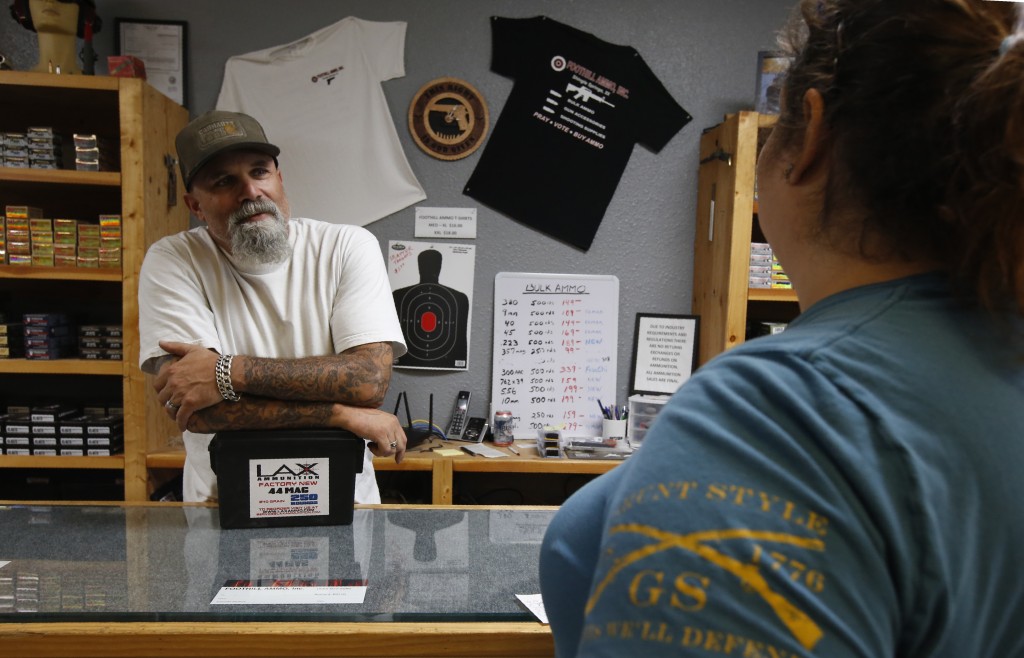 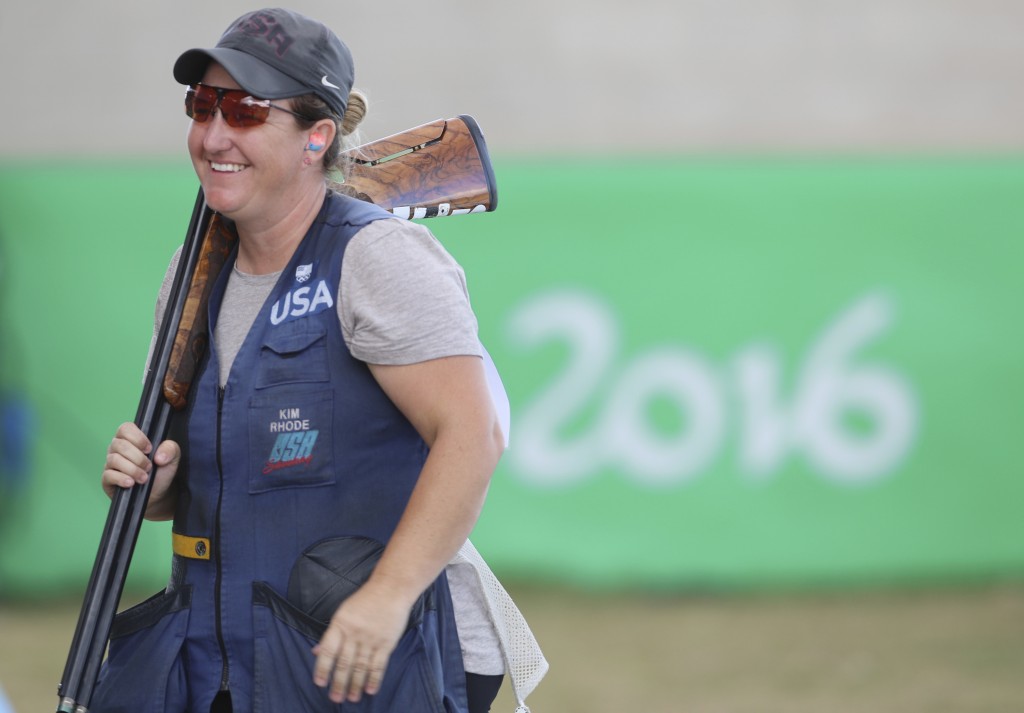 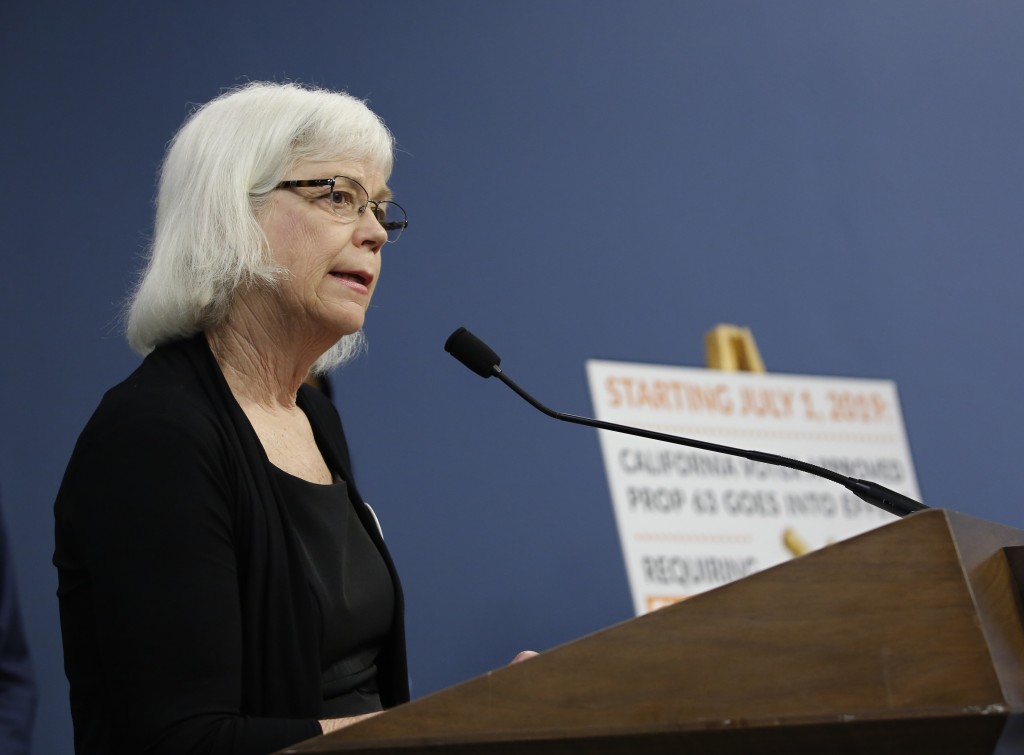 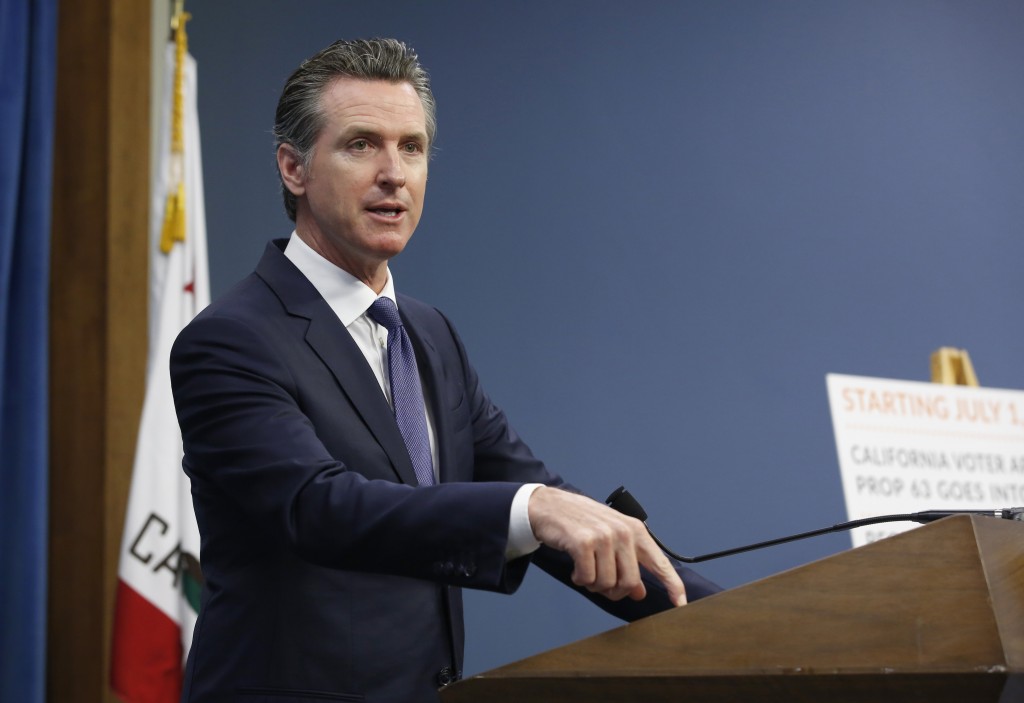 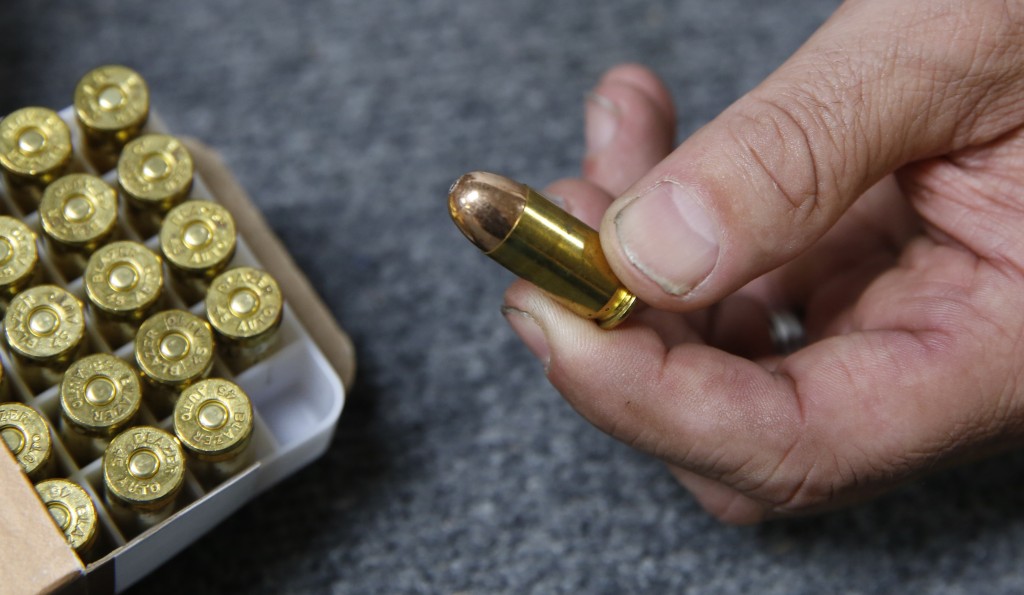 SACRAMENTO, Calif. (AP) — California has among the most stringent gun laws in the country and on Monday a far-reaching new initiative to curb violence will require background checks for every ammunition purchase.

Gov. Gavin Newsom and other proponents said it will save lives but opponents are suing in hopes of eventually undoing a law they said will mostly harm millions of law-abiding gun owners.

Voters approved the checks in 2016 and set an effective date of July 1. Ammunition dealers are seeing a surge in sales as customers stock up before the requirement takes effect.

"In the last two weeks I've been up about 300%" with people "bulking up because of these stupid new laws," said Chris Puehse, who owns Foothill Ammo east of Sacramento.

Brady Campaign to Prevent Gun Violence spokeswoman Amanda Wilcox appeared with Newsom at a news conference Tuesday and said the checks are "the kind of thing that could have prevented" last week's fatal shooting of rookie Sacramento police Officer Tara O'Sullivan.

Prosecutors charge that Adel Sambrano Ramos fatally shot the 26-year-old officer using one of two rifles assembled from parts to create assault weapons that are illegal in California. Wilcox and other supporters said ammunition background checks can help authorities discover so-called ghost guns that aren't registered with the state.

The state Department of Justice, which will administer the background check program, estimates there will be 13.2 million ammunition purchases each year. But 13 million will be by people who already cleared background checks when they bought guns in California, so they are already registered in the state's gun owners' database.

They will pay a $1 processing fee each time they pick up bullets or shotgun shells.

Store clerks will run buyers' identification through that database and a second database of those who bought guns legally but are no longer allowed to own them because of certain criminal convictions or mental health commitments. Those who pass get their ammo on the spot.

But the Democratic governor and Robyn Thomas, executive director of the Giffords Law Center to Prevent Gun Violence, said there are still some issues that must be addressed. People who bought rifles or shotguns before 2014 and anyone who bought a handgun before 1996 are likely not in the state's Armed and Prohibited Persons System.

Wilcox and Matthew Cubeiro, an attorney representing opponents, said owners who aren't in the system will have to pay $19 for a one-time background check that can take days to complete and is good for a single purchase within 30 days. Wilcox said that should encourage owners to register their firearms.

Buyers will also have to get their ammunition through registered dealers, ending a practice that Thomas said allowed bullets ordered online to be delivered to their doors "like a pizza." But she said the law allows owners to give each other ammunition.

The state is also seeking to require owners to prove that they are in the country legally if their drivers' licenses contain the notation that "federal limits apply."

Republicans in the state Assembly criticized a move that they said will harm the millions of drivers who don't yet have new federally approved REAL ID driver's licenses in part because of a months-long Department of Motor Vehicles backlog. But state officials said older drivers' licenses will also still be accepted.

California has 4.5 million registered gun owners. States officials estimate about 3 million are regular shooters and that they will buy ammunition four or five times each year.

"For retailers and the average recreational shooter, these new requirements are going to, at a minimum, create practical and financial problems and friction when trying to make a simple ammunition purchase, and they will do nothing to stop access by criminals who have so many other ways to get ammunition," said Chuck Michel, an attorney for the National Rifle Association and its state affiliate, the California Rifle & Pistol Association.

Terry McGuire, owner of Get Loaded Guns and Ammo east of Los Angeles, said many owners are buying bulk ammunition now because "they're more concerned about the government wanting to keep track of what they're buying."

Opponents sued last year contending the background checks violate the Second Amendment right to bear arms, impede interstate commerce and are pre-empted by federal law. The lawsuit's star plaintiff is California resident Kim Rhode, who said in a statement that she shoots thousands of shotgun shells each week while trying to become the only person to win seven medals in seven consecutive Olympics.

"Many people will be temporarily inconvenienced, just as they are in an airport security line, just to keep everyone safer," Freilich said.