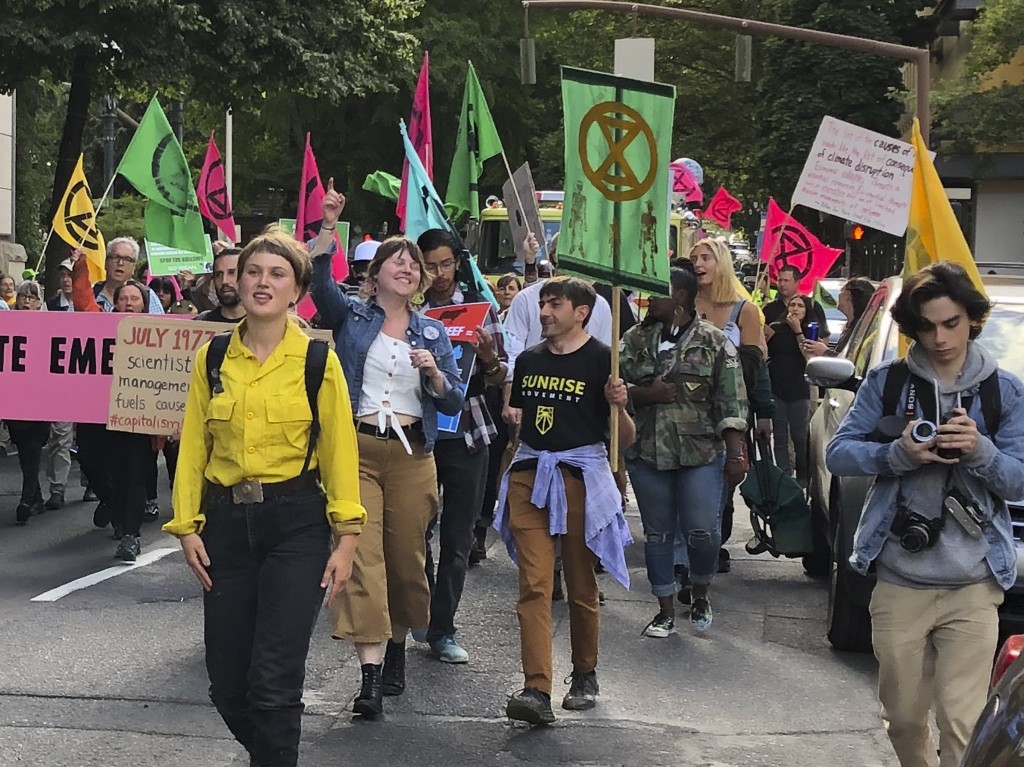 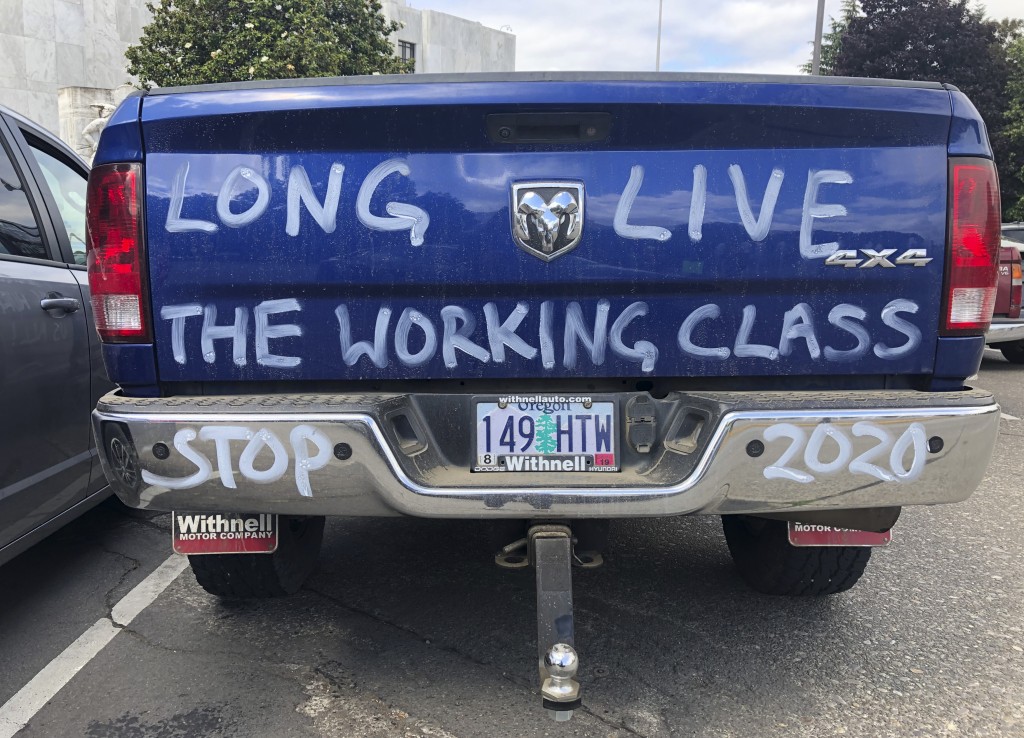 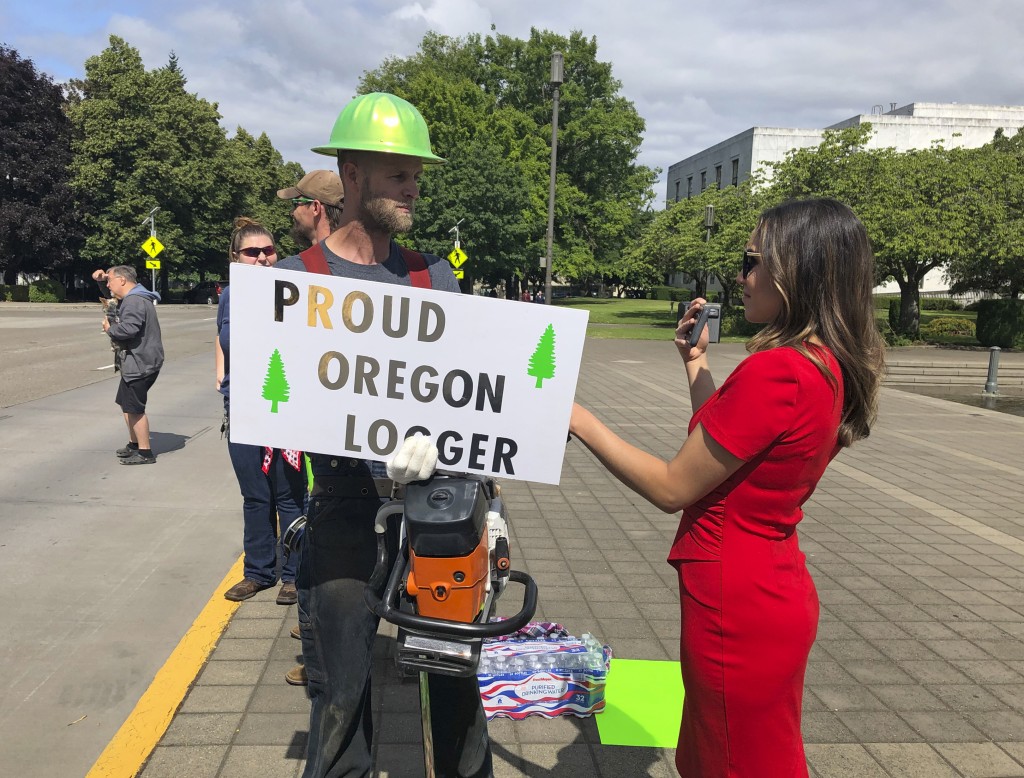 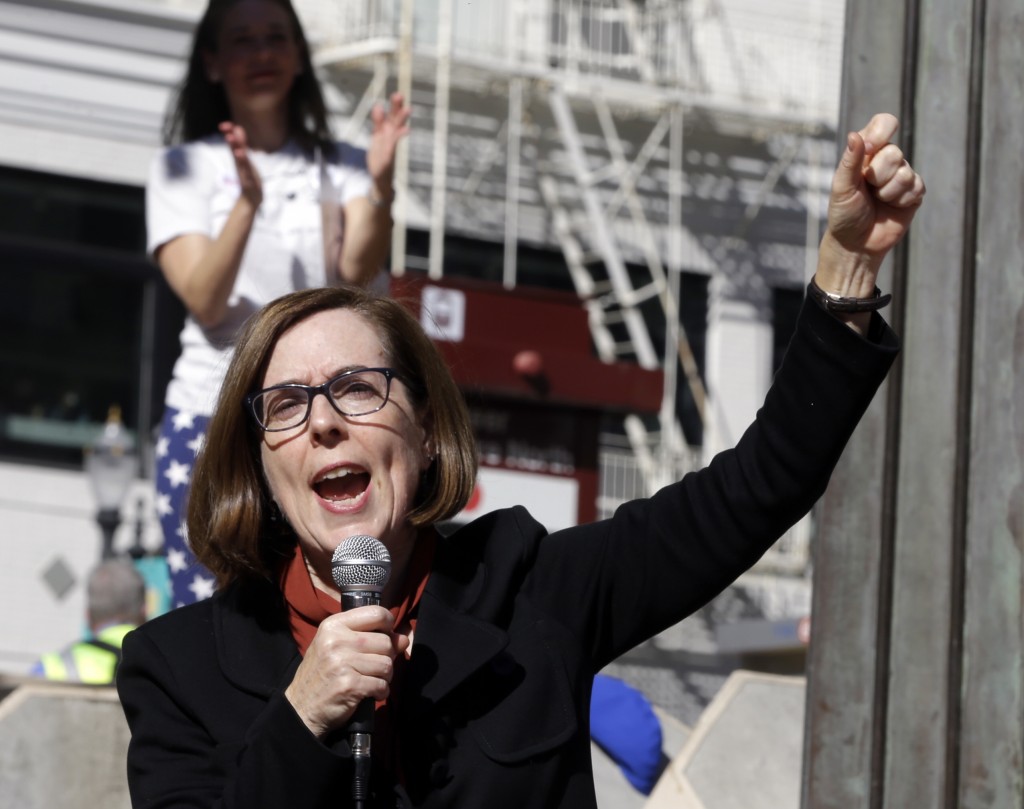 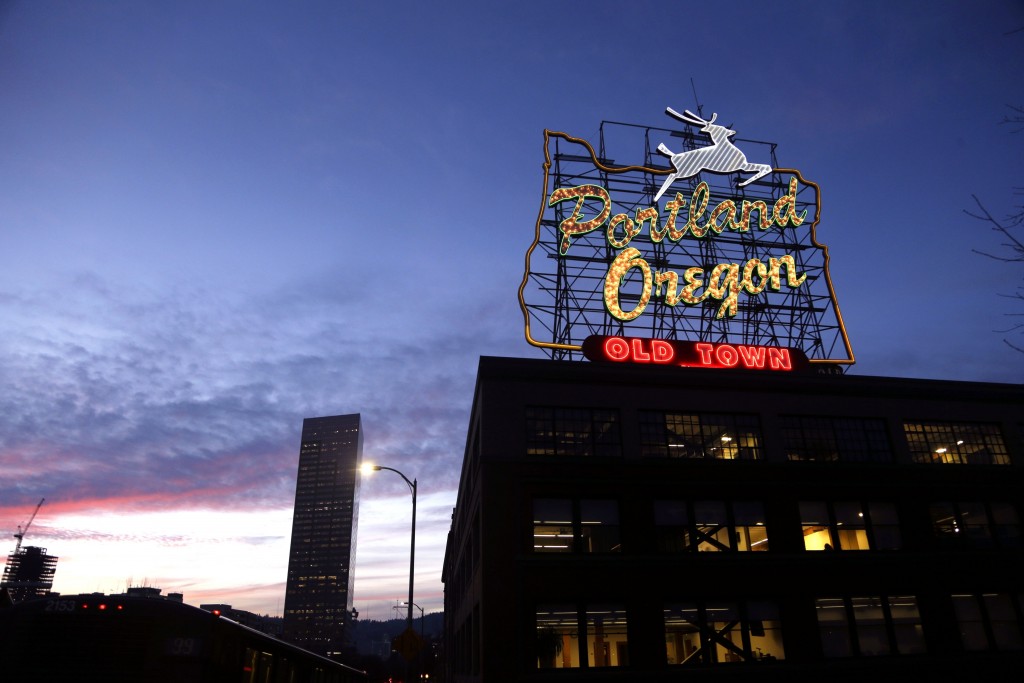 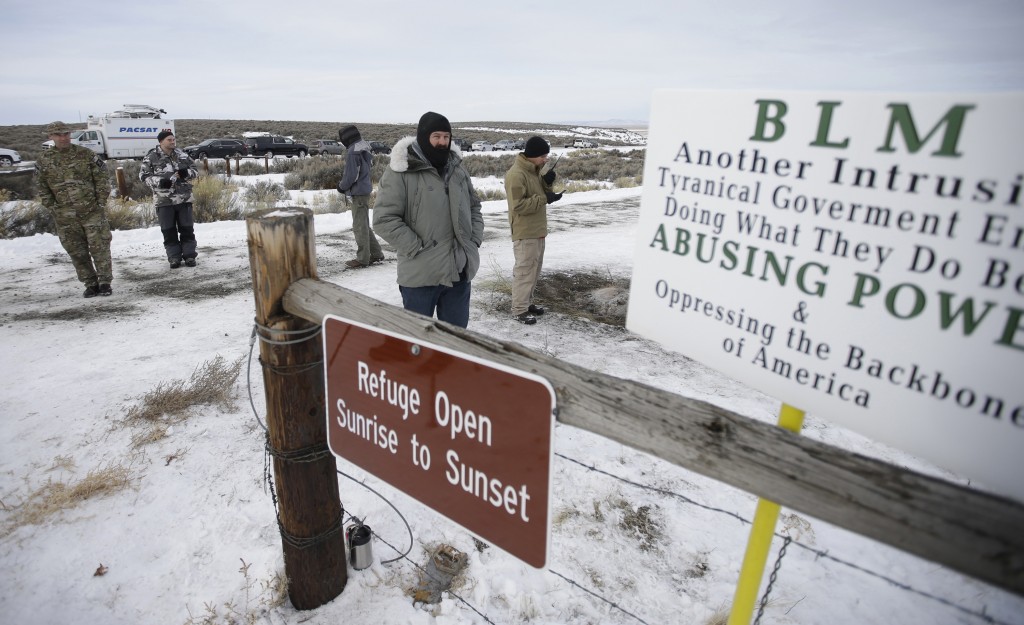 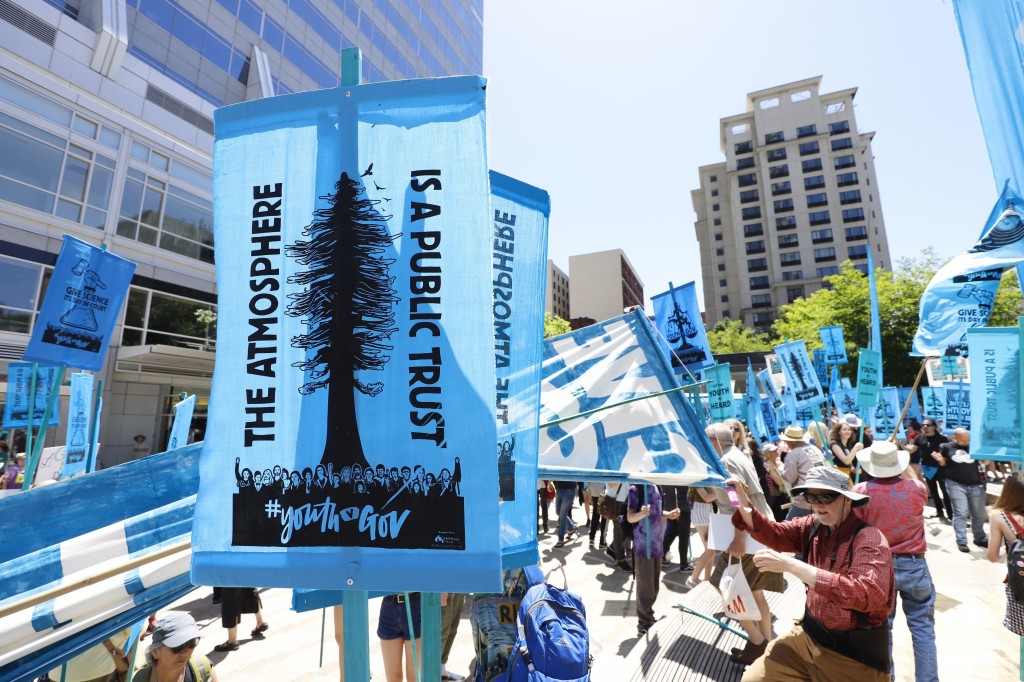 PORTLAND, Ore. (AP) — The divide in Oregon between the state's liberal, urban population centers and its conservative and economically depressed rural areas has made it fertile ground for the political crisis unfolding over a push by Democrats to enact sweeping climate legislation.

Eleven Republican senators are entering the seventh day of a walkout Wednesday to deny the supermajority Democrats the quorum needed to vote on a cap and trade bill that would be the second of its kind in the U.S. The stalemate has drawn international attention, in part because right-wing militias have rallied to the GOP cause.

One Republican lawmaker said state troopers dispatched to hunt down the rogue lawmakers should "come heavily armed" if they want to bring him back to the Capitol — a departure from traditional bipartisan cooperation.

"This is not the Oregon Way and cannot be rewarded," said Democratic Gov. Kate Brown. "The Republicans are driving us away from the values that Oregonians hold dear, and are moving us dangerously close to the self-serving stalemate in Washington, D.C."

Experts say the standoff was inevitable given the state's political make-up.

Oregon has a national reputation as a liberal bastion best known for its craft beer, doughnuts and award-winning wine. But while the state's urban centers lean left, about 40% of residents — mostly those in rural areas — consistently vote Republican, said Priscilla Southwell, a University of Oregon professor who wrote "Governing Oregon."

"The reality is that it is a much more divided state than people realize," she said. "It's kind of like a perfect storm for this kind of thing to happen."

That political divide also translates to an economic chasm for many. As Portland has boomed, huge swaths of the state have been left without enough money to keep libraries open or fully staff sheriff's departments.

Logging, which once thrived, has almost vanished because of environmental restrictions and a changing global economy. Rural voters worry the cap-and-trade bill would be the end for logging and trucking.

"It's going to ruin so many lives, it's going to put so many people out of work," said Bridger Hasbrouck, a self-employed logger from Dallas, Oregon. "If the guys that I'm cutting for can't afford to run their logging companies, then I have to figure out something different."

The proposal would dramatically reduce greenhouse gases over 30 years by capping carbon emissions and requiring businesses to buy or trade from an ever-dwindling pool of pollution "allowances."

Democrats say the legislation is critical to make Oregon a leader in the fight against climate change and will ultimately create jobs and transform the economy.

Republicans say it will kill jobs, raise the cost of fuel and other goods and gut small businesses. They also say that they've been left out of policy negotiations, an assertion the governor called "hogwash."

Yet that sense of rural alienation gives right-wing groups such as the Oregon Three Percenters a way into the conversation by portraying the climate bill as a stand-in for a number of concerns held by rural, conservative voters nationally, said Chris Shortell, chairman of Portland State University's political science department.

"It highlights the ways in which local politics have become nationalized," he said. "It's not just about the climate change bill in Oregon. Now it's about, 'Are Democrats legitimate in acting this way?'"

Some also worry the climate standoff could put Oregon back in the crosshairs of an anti-government movement that in 2016 used the federal prosecution of two ranchers to mobilize an armed takeover of the Malheur National Wildlife Refuge. One militia member was killed and another injured in weeks-long standoff protesting the U.S. government's management of vast swaths of the American West.

During the current political crisis, one militia group offered safe passage to the rogue GOP senators and the Capitol shut down last Saturday because of what police called a credible "militia threat."

Right-wing and nationalist groups have been increasingly visible in Oregon over the past five years as rural voters get more disillusioned, said Eric Ward, executive director of the Portland-based Western States Center.

"In frustration, there are organizations and individuals who have stepped into a leadership gap and are attempting to provide parallel leadership," he said. "But that leadership is led by ... bigotry and threats of violence."

For more than 50 years, the rural U.S. West has undergone tremendous change as federal protections for forestland and endangered species reshaped residents' relationship with the land, said Patty Limerick, faculty director at the Center of the American West at the University of Colorado, Boulder.

"Sometimes a historical shakeup takes a couple of decades for people to adjust and sometimes it takes a couple of centuries," Limerick said. "I think we ought to understand that this is a really different world from 50 years ago — and no wonder that some people feel that it's time for acts of desperation and dramatically staged opposition."

For now, it's unclear how that drama will play out. The governor said late Tuesday that the Democrats no longer have the votes needed to pass the bill even if Republicans were to return, but the GOP still stayed away.