TAIPEI (Taiwan News) – An American girl who embarked on an adventure to travel around the world in two years says she was amazed by Taiwan, describing it as “small but deserving a visit.”

Taylor Demonbreun, 24, had made it her ambition to visit all 196 sovereign countries. Her journey began in Dominican Republic on June 1, 2017, and she completed the world journey in Canada on December 7, 2018, reported Liberty Times.

Taiwan was the 105th stop of the adventure and she visited a number of temples. In her blog, the globetrotter was awed by Longshan Temple in Taipei, calling it “the most colorful” of all the many Asian temples she visited.

Her travels in Taiwan also took in Chiang Kai-Shek Memorial Hall, Taipei 101, and Taipei Confucius Temple, some of the most popular tourist attractions in Taipei. Not only was Demonbreun impressed at the convenience of the city’s public transit system, she also became a fan of the famed xiaolongbao dumplings from Din Tai Fung, recommending them for their juiciness and taste.

Demonbreun said she was thrilled with her Taiwan travel experience. While acknowledging Taiwan is not one of the 193 UN member nations, she wrote that it is, in fact, an independent nation and definitely worth a visit. 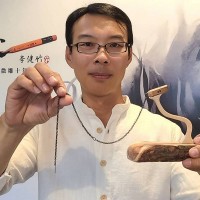