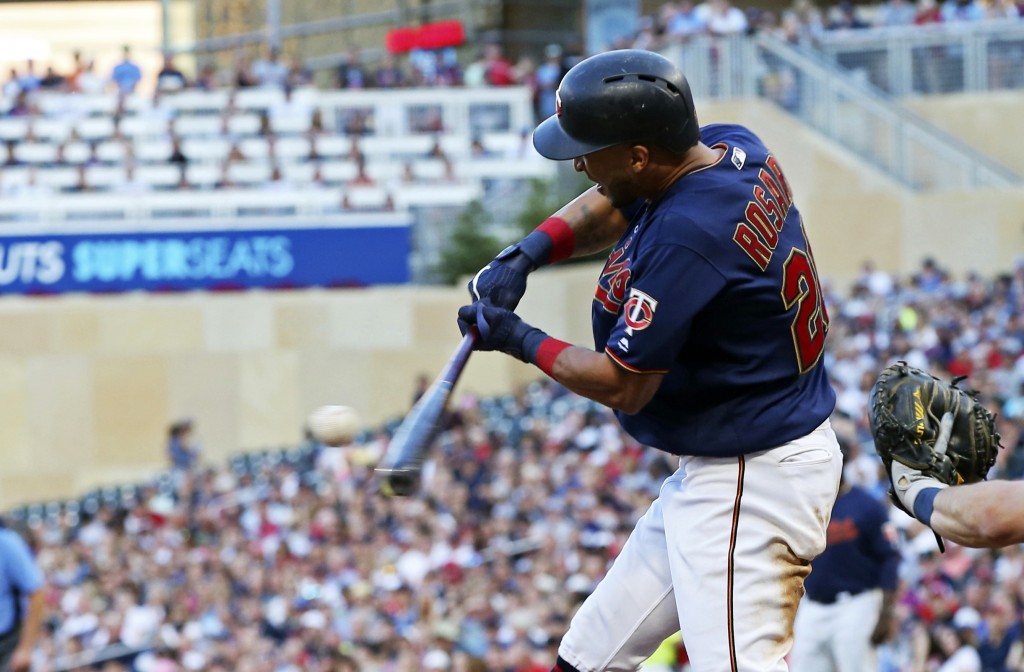 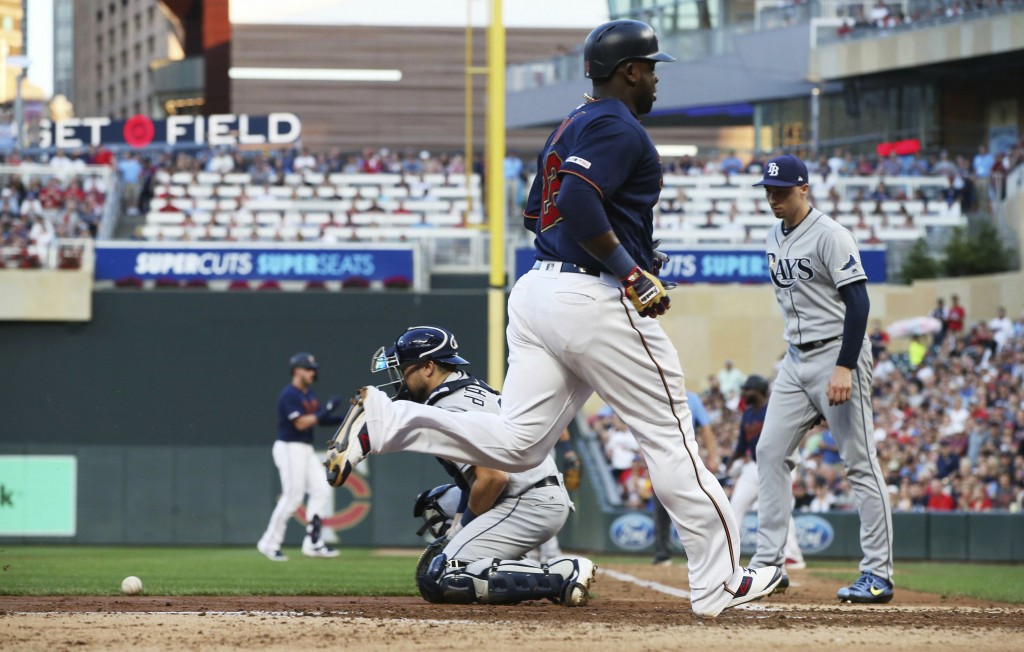 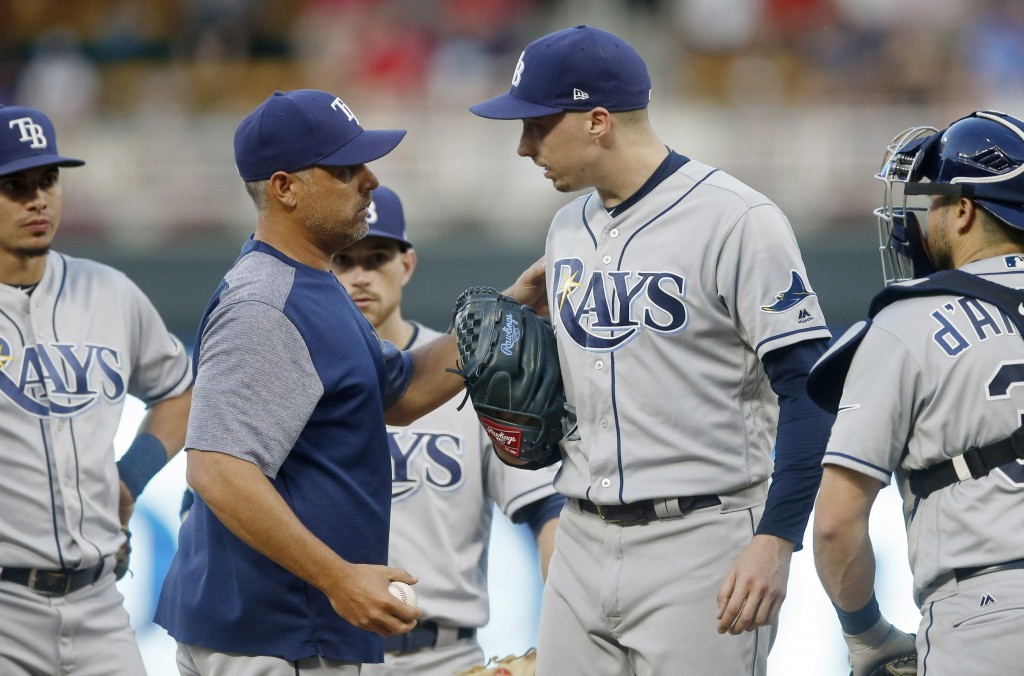 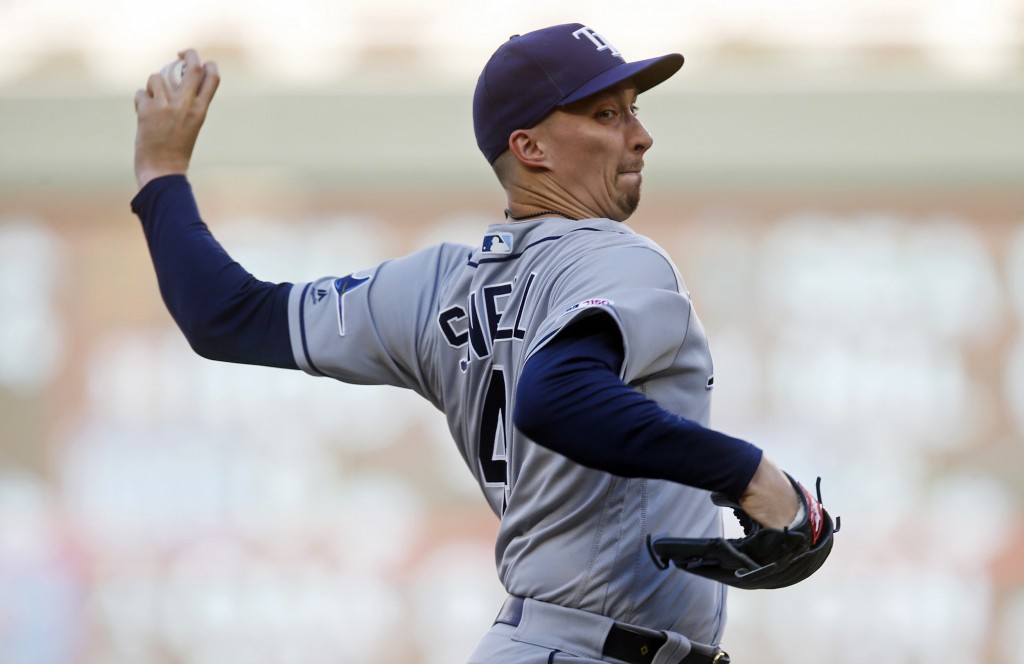 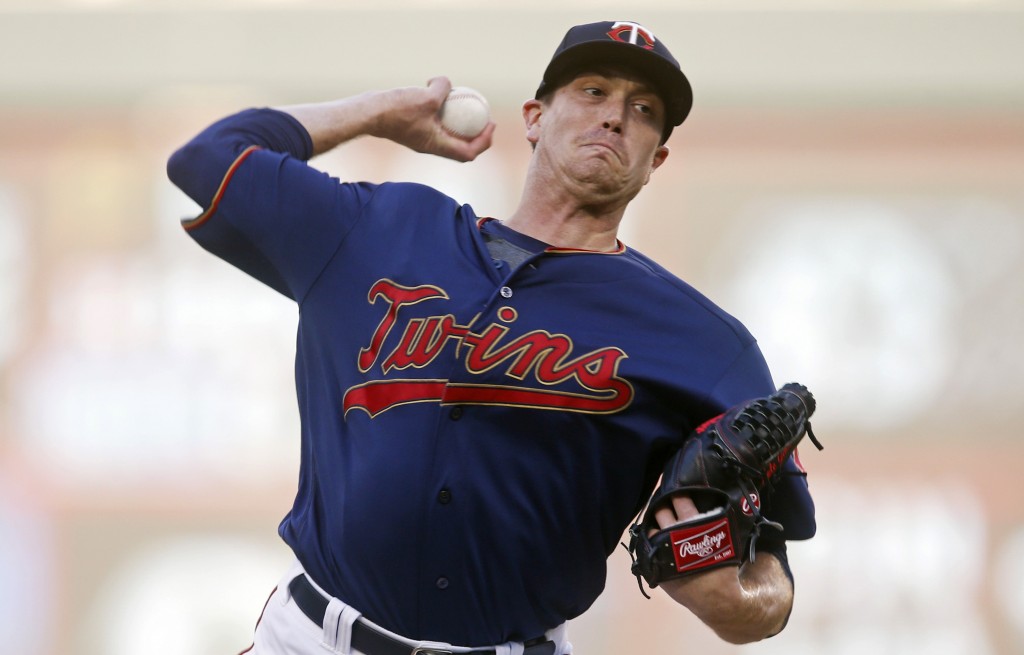 Jonathan Schoop and C.J. Cron hit solo homers for Minnesota, which got to Snell (4-7) for seven runs and 11 hits in just 3 1/3 innings.

Kyle Gibson (8-4) allowed four runs and seven hits in seven innings as the Twins won for the third time in four games.

Snell was coming off a disastrous six-run outing at the New York Yankees in which he only retired one batter. He started this one with a clean first inning, but Astudillo got Minnesota started with an RBI single in the second.

The Twins scored three runs in each of the third and fourth innings to chase Snell, with Rosario tallying an RBI single in each.

Snell has won once in his last nine starts. In five starts in June, the the reigning American League Cy Young winner has a 12.11 ERA and has given up six or more runs three times.

Willy Adames had two hits, including a solo homer for Tampa Bay, which has lost six of eight and is 10-14 since the start of June.

Rays right-hander Tyler Glasnow, on the 60-day disabled list with a right forearm strain, will be shut down as he experienced discomfort while throwing from 90 feet on Sunday. An MRI revealed right flexor inflammation and the team said he will be re-evaluated in three weeks.

"It is a flexor strain," Tampa Bay manager Kevin Cash said. "It's nothing more than that. We'll shut him down three or four weeks and then get him built back up. We've got to start seeing Tyler when he does get back where he's throwing, where he's throwing and feeling good the next day."

Rays: INF Daniel Robertson underwent arthroscopic surgery on Monday to remove a loose body in his right knee. He's expected to miss four to six weeks. ... RHP Diego Castillo has been diagnosed with a right shoulder impingement and is expected to miss about two weeks. .. Cash said INF Yandy Díaz (right hamstring discomfort) could be activated from the injured list and back in the lineup on Thursday. ... LHP José Alvarado could rejoin the team during the upcoming homestand, according to Cash. Alvarado has been out since June 1 because of a family issue and he was moved to the restricted list.

Twins: OF Max Kepler left the game with a right elbow contusion after being hit in the arm by a pitch from Hunter Wood. ... INF Ehire Adrianza is nearing a return from abdominal issues, according to manager Rocco Baldelli. . OF Marwin Gonzalez is progressing from a right hamstring strain and ran at 75% before the game. ... Baldelli downplayed any concern over the blister developed by RHP José Berríos in his last start.

Two of the AL's top pitchers in ERA match up on Wednesday night. Tampa Bay's Charlie Morton (8-1) leads the league in ERA at 2.31 and Jake Odorizzi (10-3) starts for Minnesota against his former team. Odorizzi is third in the AL — behind Texas' Mike Minor — with a 2.58 ERA. Odorizzi stumbled a bit in his past two starts, giving up eight runs in 10 innings in two games against Kansas City, but he threw six scoreless innings against Tampa Bay on June 2. Morton allowed two runs in seven innings in a win against the Twins on May 30.