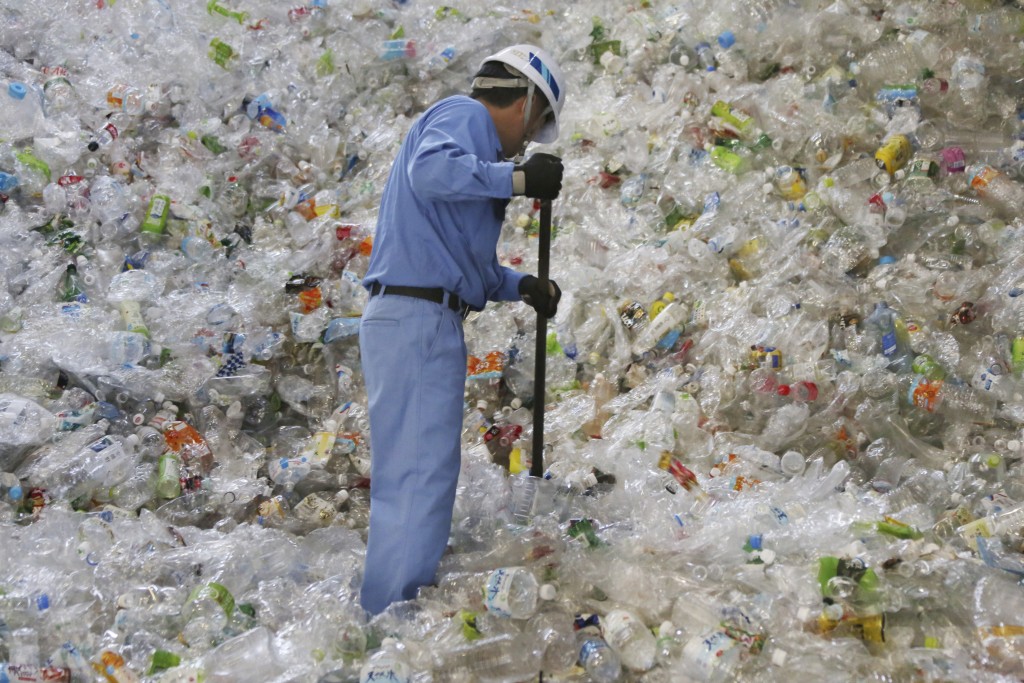 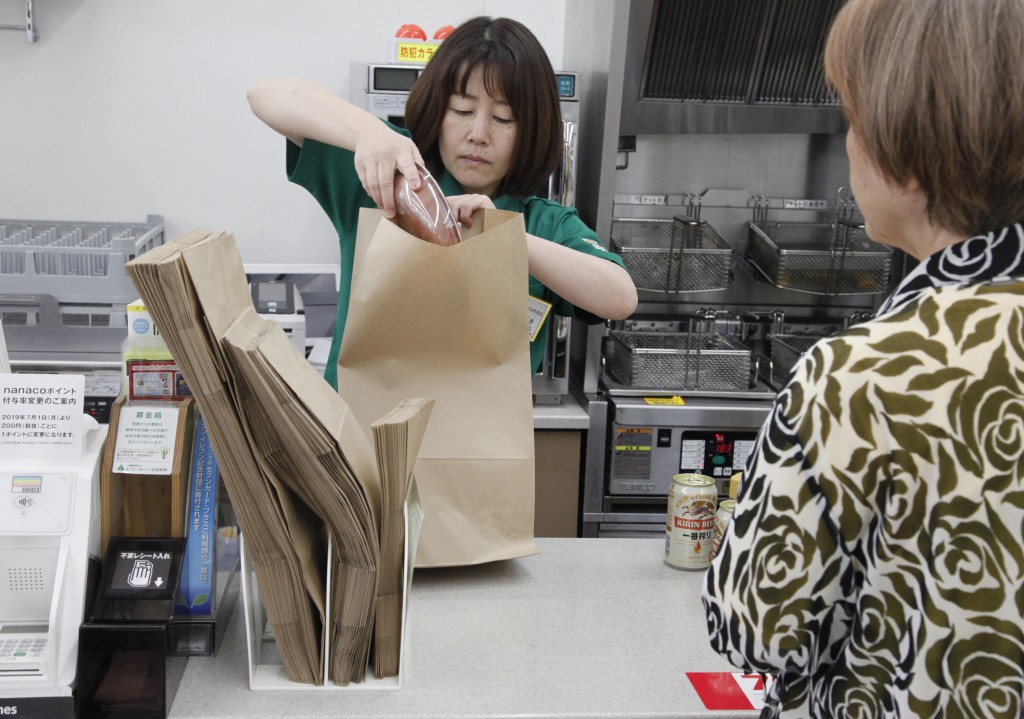 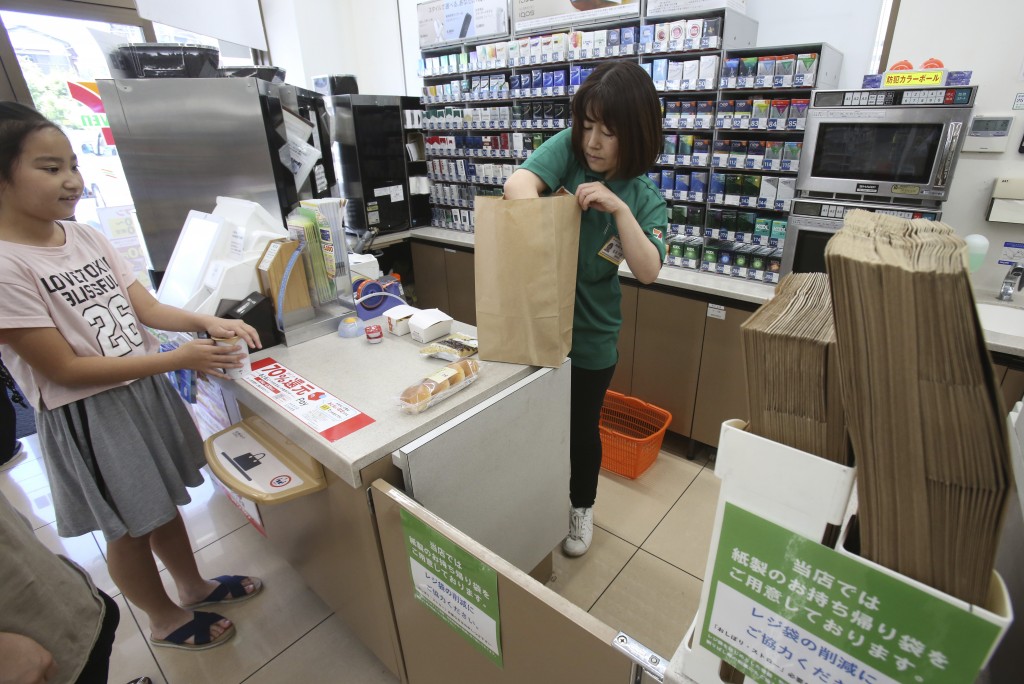 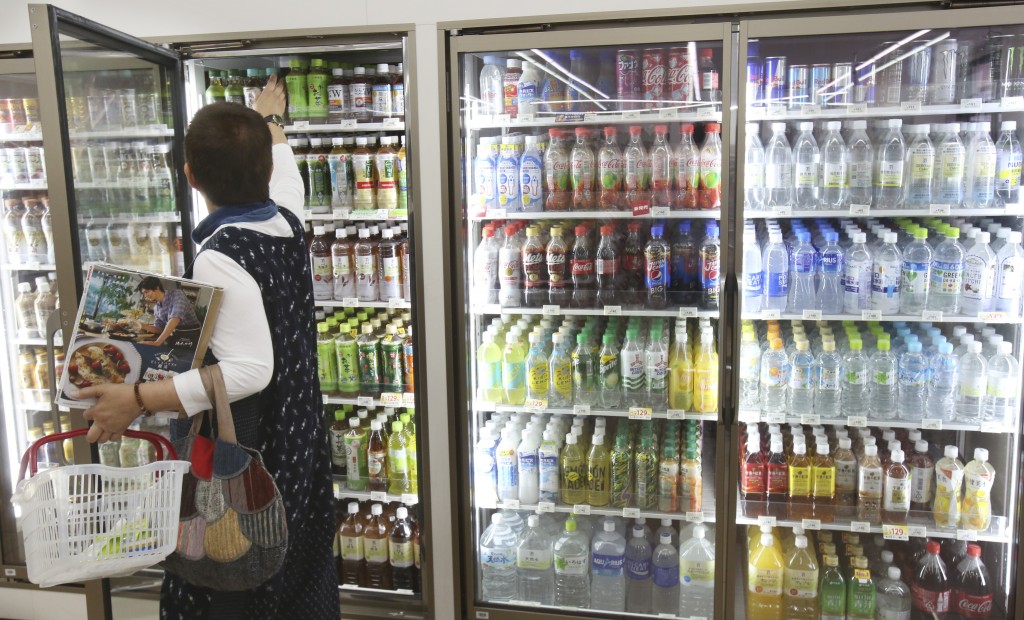 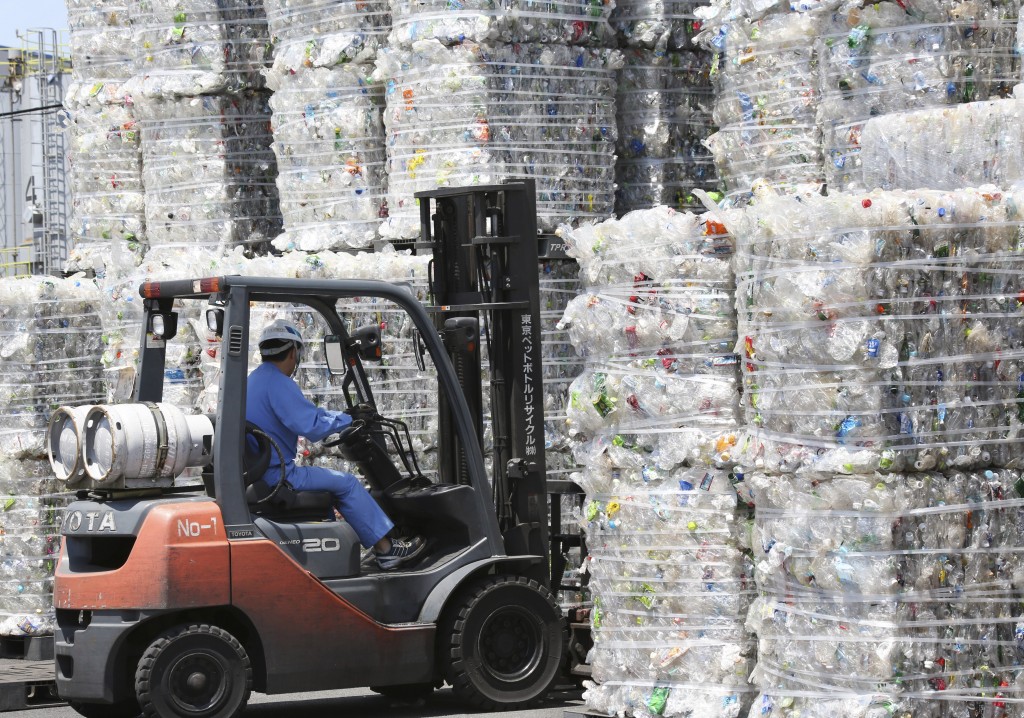 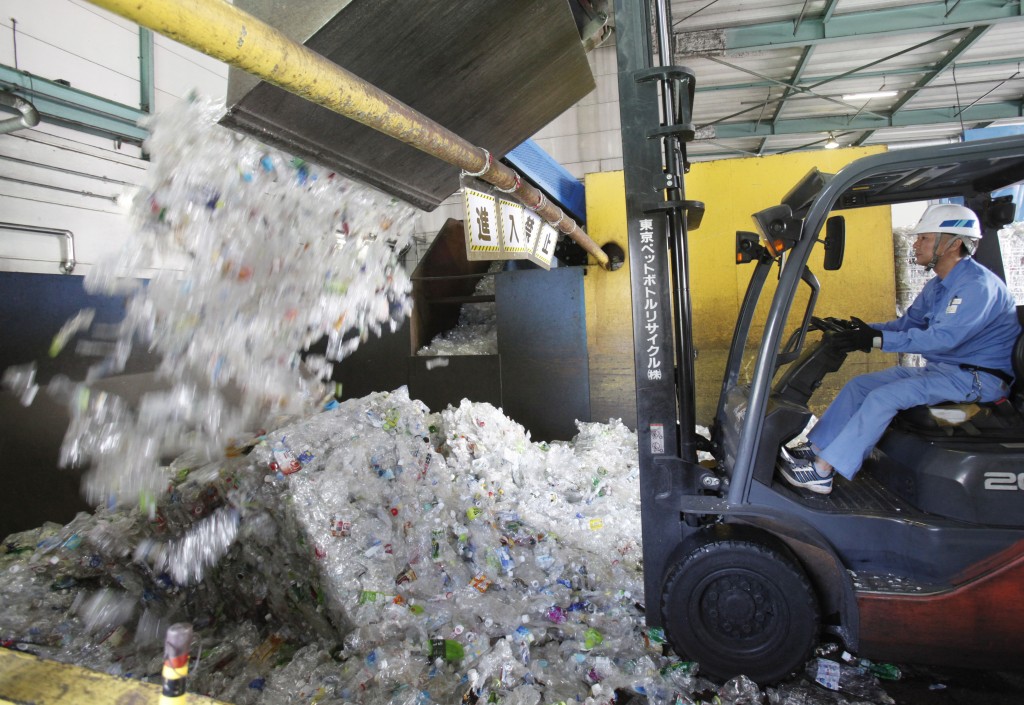 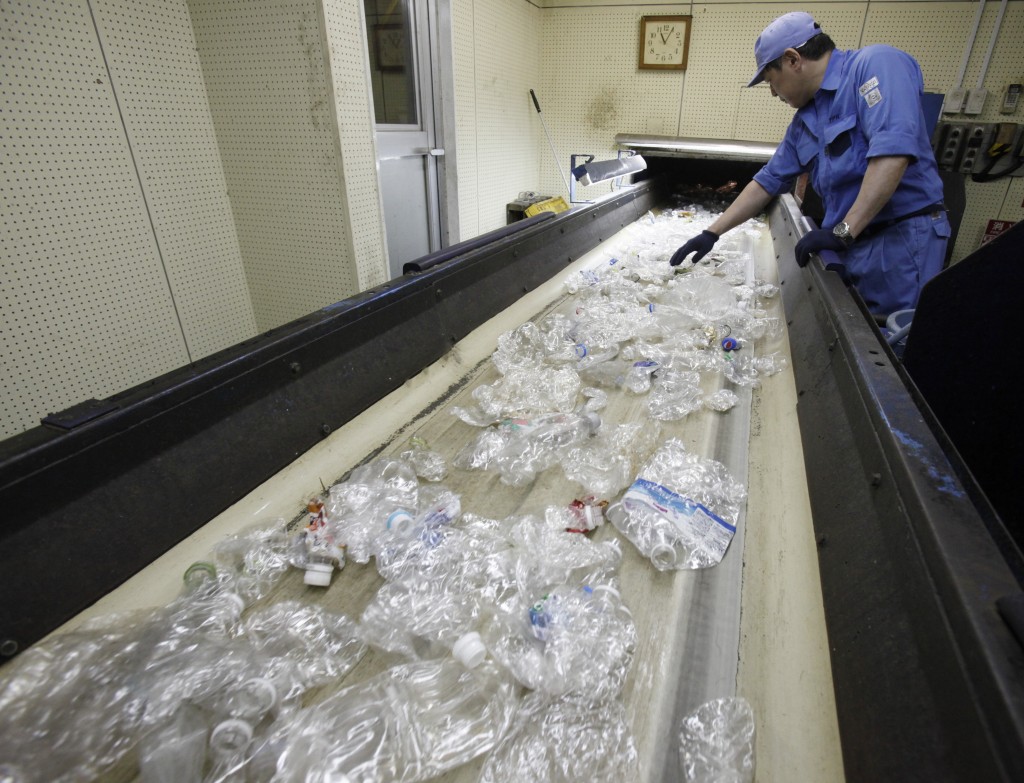 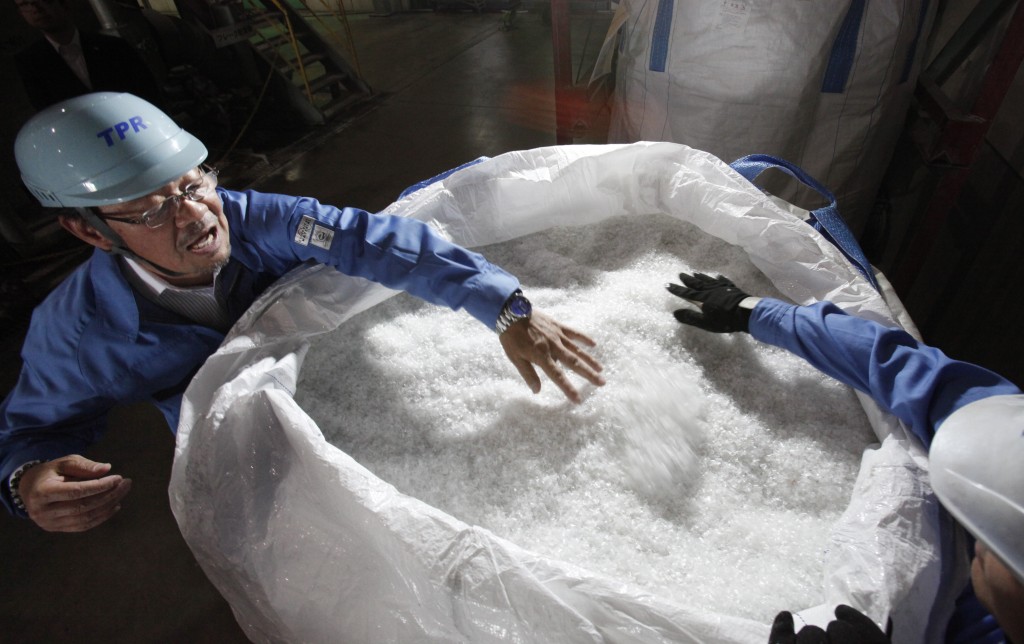 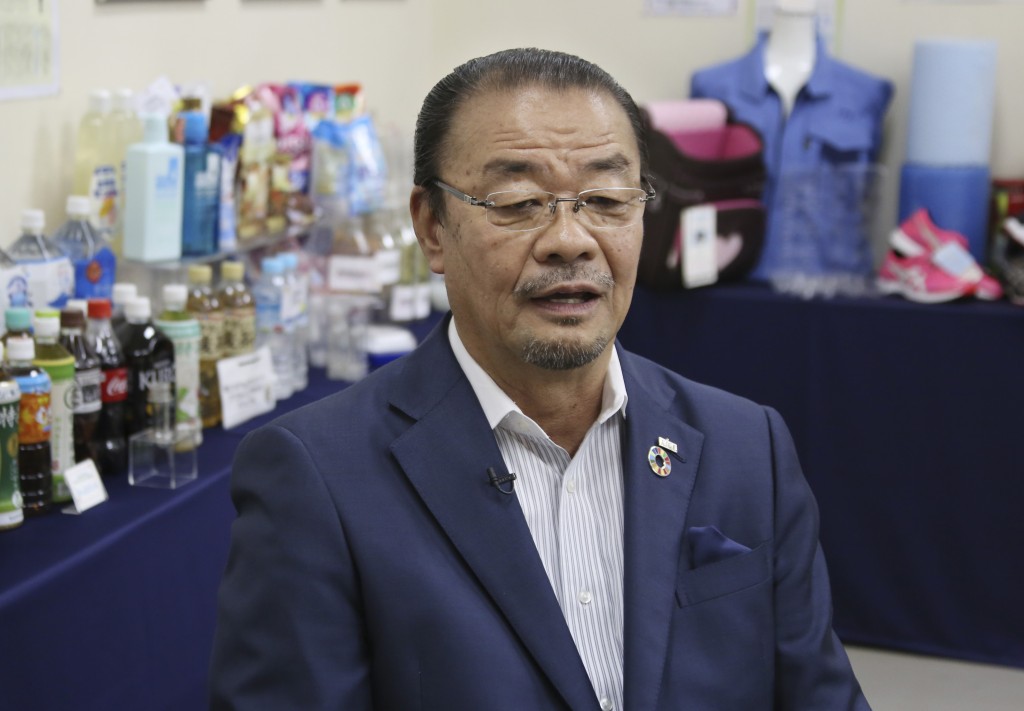 In a country where cleanliness and neat packaging have long been considered good service, almost everything, from single bananas to individual pieces of vegetables, pastries, pens and cosmetics is sold plastic-wrapped.

But as world leaders descend on Osaka for the two-day G-20 summit that starts Friday, Japan will attempt to become a leader in environmental policy at the same time it plays catch-up with countries that already have well-defined goals in place.

In the months leading up to the G-20 summit, Japanese officials have delivered full-throated endorsements of future bans on single-use plastics, beach cleanup efforts and more research into alternatives such as bioplastics. The problem is, the enforcement and timing of the directives have yet to match measures already in place in the EU — including sweeping legislation passed earlier this year that will ban single-use plastic in all member states by 2021.

Just last summer, Japan was criticized for failing to sign the G-7 Plastics Charter, the only country to do so besides the United States.

At a mid-June meeting of G-20 environmental ministers in Karuizawa, Japan brokered an agreement to begin sharing best practices and establishing standards for tracking marine plastic waste, but stopped short of setting numerical goals or a timeline for progress.

Japan is the world's No. 2 consumer of single-use plastic packaging per person — the United States is No. 1 — according to a 2018 U.N. Environment Program report. G-20 nations produce half the world's plastic waste, and Japanese Prime Minister Shinzo Abe, who will chair the summit, has made fixing the problem a top initiative, both at the summit and in Japan.

But Japanese promotional efforts, such as crafting next year's Tokyo Olympic medals and champion podiums from recovered metals and plastics, have failed to impress experts who say that Japan cannot recycle its way out of a global plastic waste crisis, and that the country instead needs to focus on reducing plastic at the earlier end of the supply chain.

"What we are asking for is the reduction of plastic produced in the first place," said Mageswari Sangararalingam, a Malaysian-based waste management expert.

There are signs that Japan is beginning to recognize its own difficulties.

Trade Minister Hiroshige Seko announced at the G-20 environment ministers' meeting plans for a law that will require retailers to charge fees for plastic shopping bags as early as next April.

Seven & i Holdings Co., the Japanese operator of 7-Eleven convenience stores, announced a plan last month to replace all plastic shopping bags with paper by 2030 and all plastic packaging with paper, biodegradable or other reusable materials at its nearly 21,000 stores nationwide. Those goals are more ambitious than the government's 2030 target for a 25% reduction in single-use plastic.

Selected 7-Eleven stores near Tokyo, including one at Yokohama, have started offering paper bags instead of plastic. Saemi Nakamura, a customer, said the change is welcome. "The world is talking about the use of plastic not being good. I think paper bags are better," Nakamura said.

Another convenience store chain, Ministop, began charging 3 yen (3 cents) per plastic shopping bag in an experiment at two stores in Chiba, near Tokyo, which is to be expanded to about 40 outlets by early 2020.

But plastic shopping bags and packaging are only a small part of the overall plastic waste problem, experts say. As much as 12.7 million tons of plastic waste end up in the ocean each year, of which up to 60,000 tons comes from Japan, according a study cited by the country's Environment Ministry.

Japan is also the world's No. 2 exporter of plastic waste. It used to export about 1.5 million tons per year, mainly to China. After China stopped accepting plastic imports in 2017, several Southeast Asian nations became new targets, but some countries, including Malaysia and the Philippines, are now turning the shipments back. They accused rich countries of pushing their garbage onto poorer nations.

Officials in Japan have scrambled to find a new home for the country's used plastic by establishing a 1.9 billion yen ($18 million) emergency fund over the past two years and asking local authorities and waste handlers to shoulder additional loads for recycling and incineration. Japan's plastic waste exports last year totaled 1 million tons, according to trade statistics, but experts say the decline could be linked to an increase in illegal exports or stockpiles at garbage dumps.

"We are trying to develop more domestic plastic recycling facilities and capabilities, but it takes some time," said Hiroshi Ono, an Environment Ministry official.

At a factory on Tokyo Bay, one of more than a dozen operated by plastic recycling company Kyoei Industry Co., about 35 tons of PET bottles are processed daily. They come in hundreds of bales, each wrapped in plastic, and are then unraveled, sorted, pulverized, heated and minced. Next they're turned into fine pellets and reborn as egg cartons, school uniforms, soccer jerseys and other sports equipment, as well as PET bottles, returning to store shelves, said company president Eiichi Furusawa.

"Even if we wanted to (export plastic waste), no country welcomes imports now," Furusawa said. "We think we need to circulate plastic domestically."