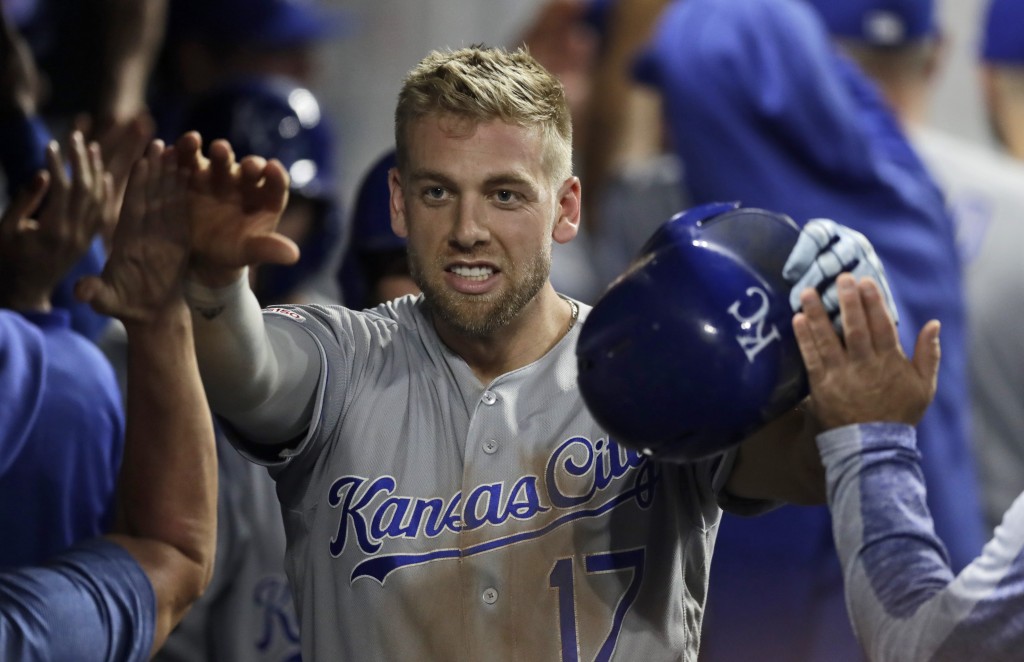 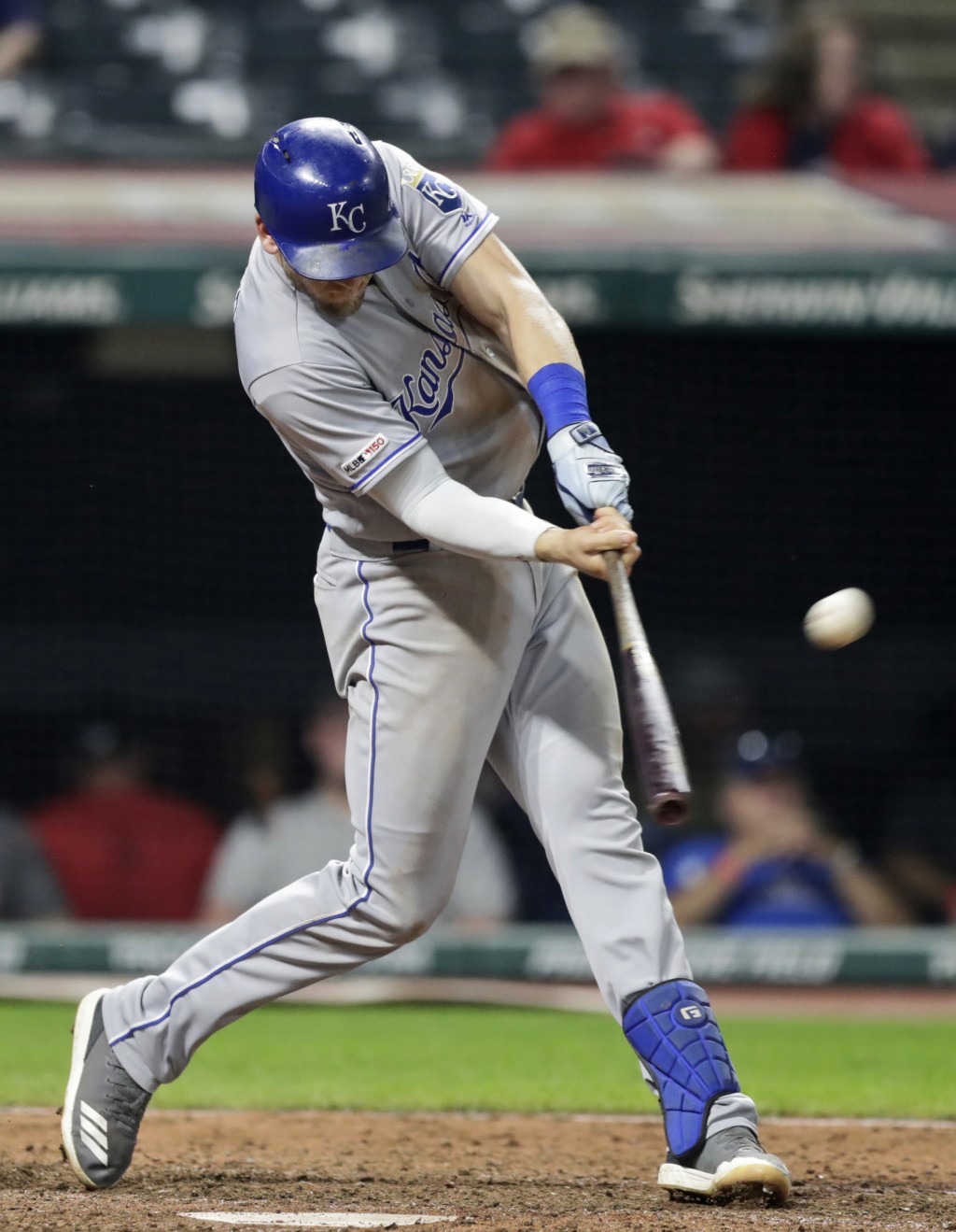 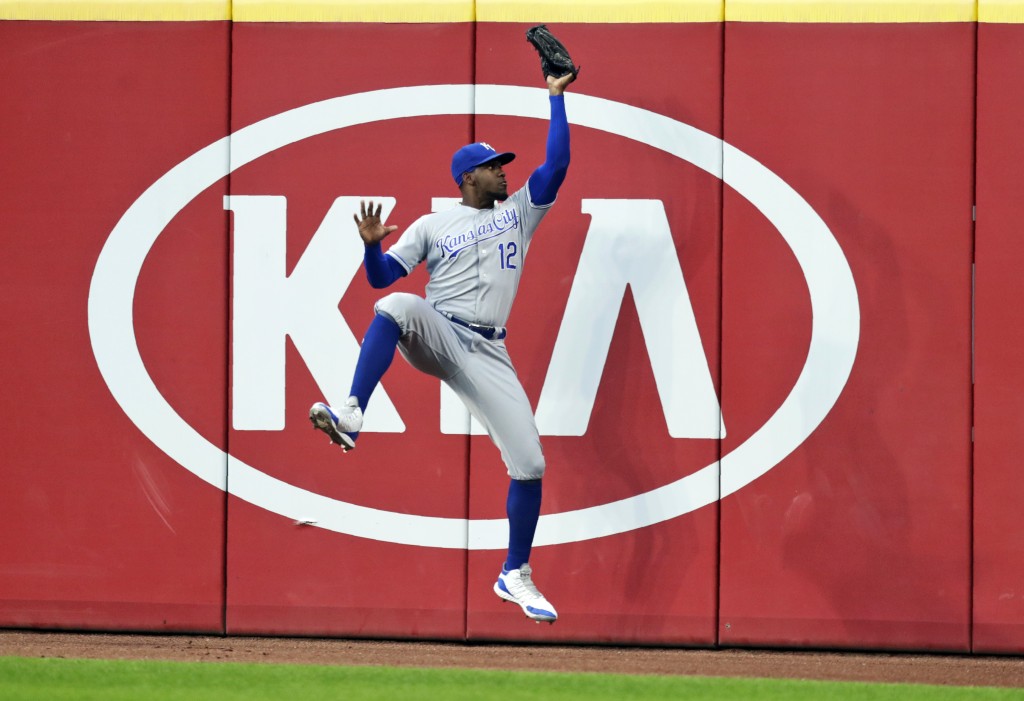 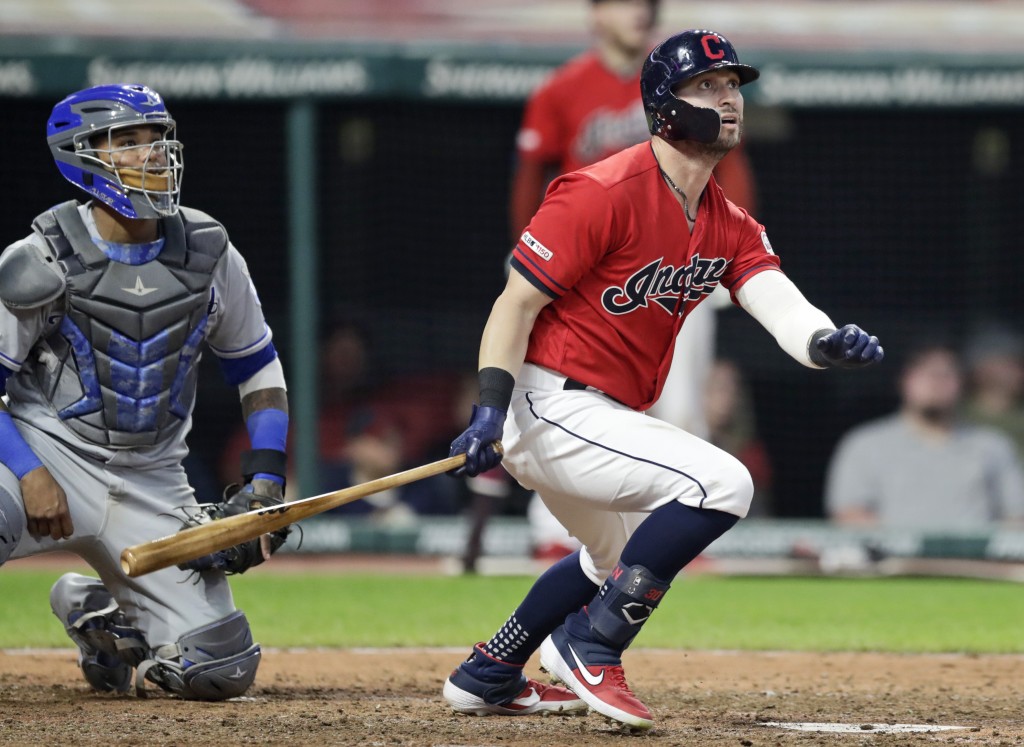 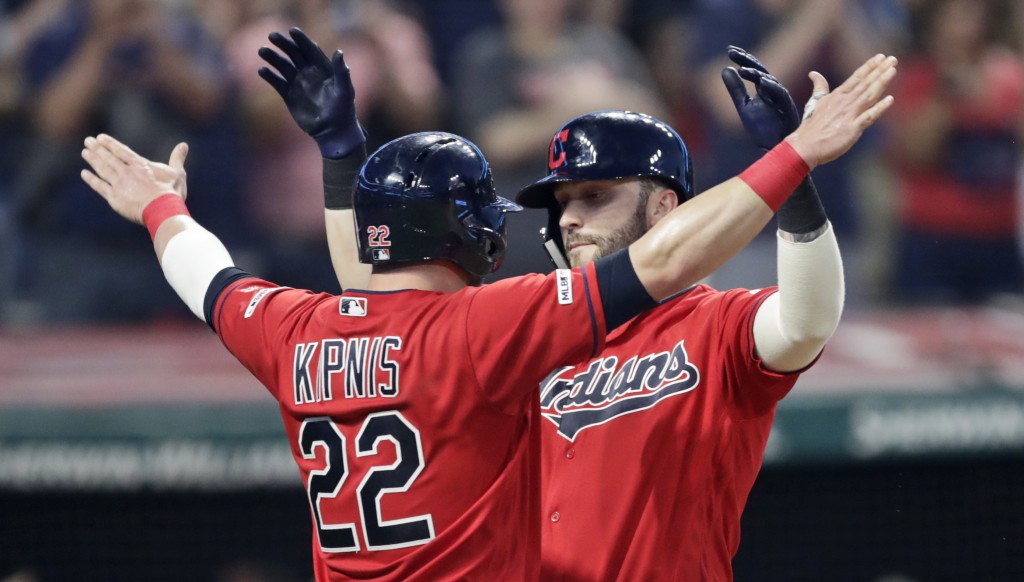 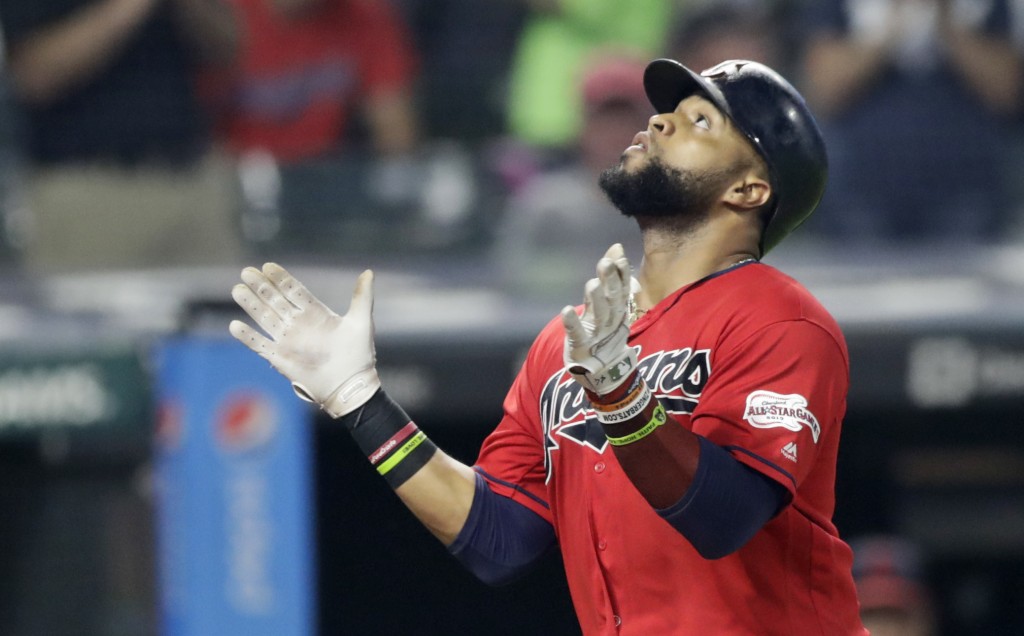 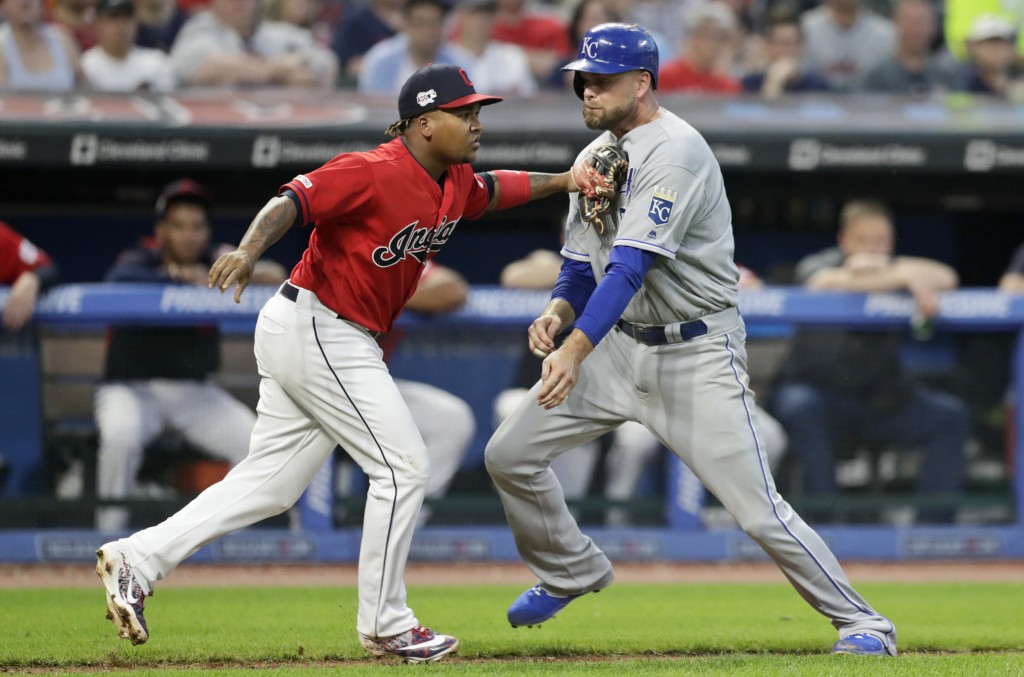 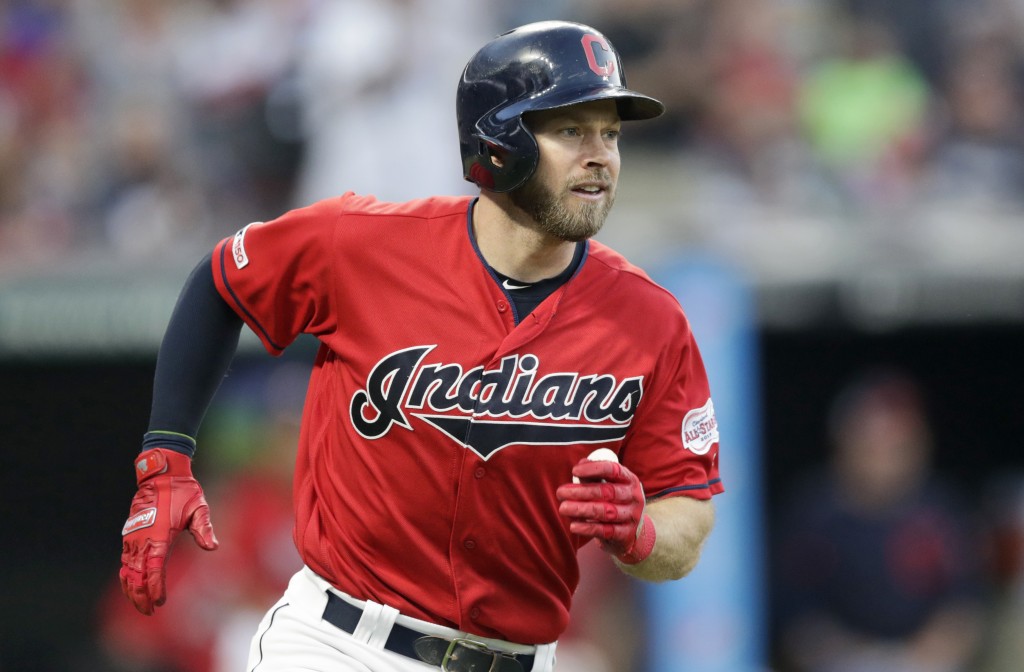 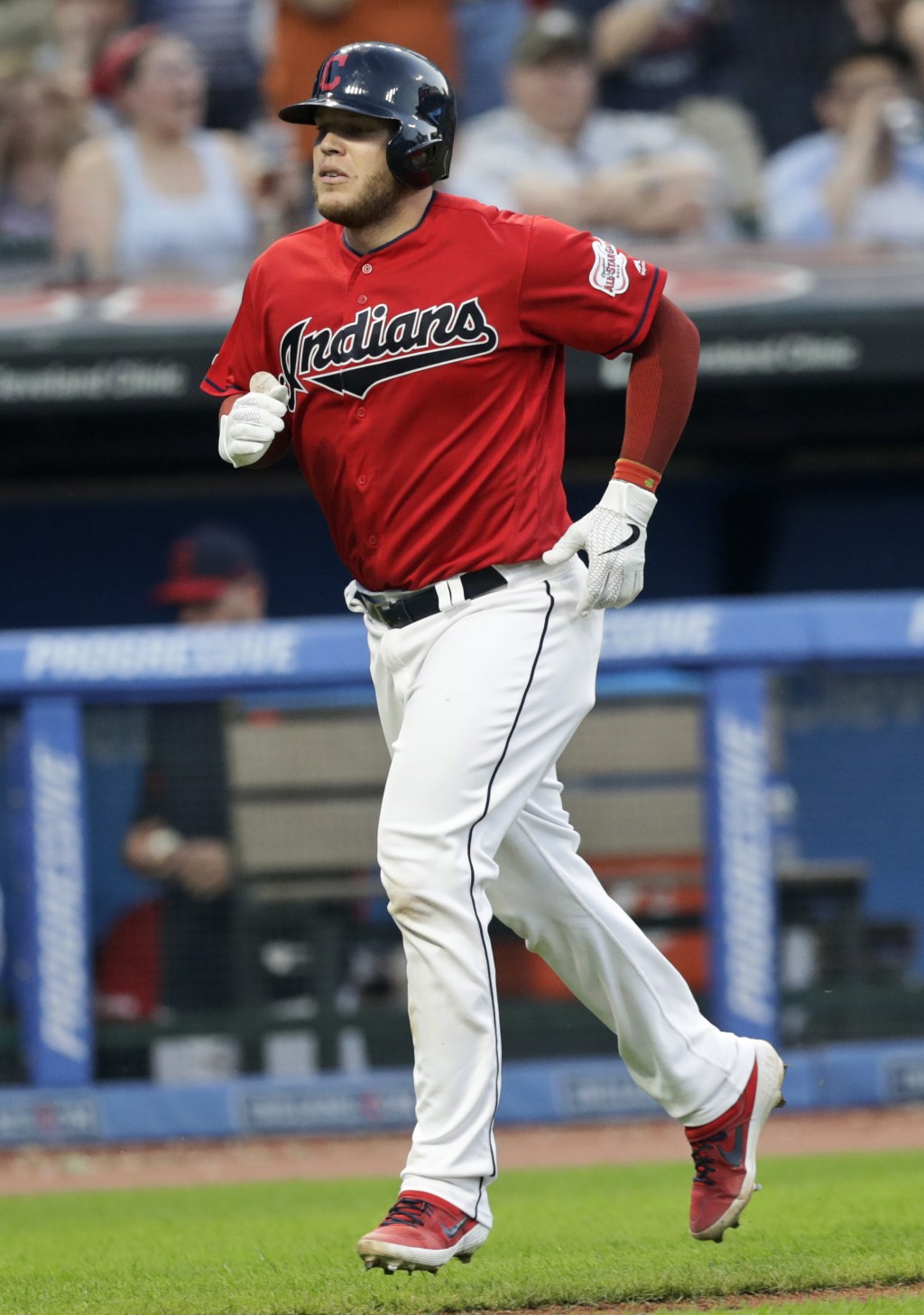 Hand (4-3) was a perfect 22 for 22 in save chances and likely on his way to being an All-Star. But the left-hander did not record an out against the Royals, who entered the ninth down 6-3 before storming back.

Nicky Lopez had an RBI infield single before Kansas City loaded the bases and Dozier connected on Hand's first pitch for his first career grand slam and 13th homer.

It was an unexpected comeback by the Royals, who have blown leads in a major league-leading 27 games.

Hand looked shaky from the outset, and was pulled after allowing five hits in just 13 pitches.

Kevin McCarthy (2-1) pitched the eighth and stumbled into a win, and Ian Kennedy worked the ninth for his 10th save, striking out Carlos Santana with a runner at second for the final out.

Tyler Naquin hit a two-run homer and Santana, Roberto Perez and Mike Freeman had solo shots for the Indians, who were three outs away from their fifth straight win before Hand imploded.

After the Royals tied it 3-3 in the sixth on Lucas Duda's RBI double, Jason Kipnis walked to open the Indians' sixth. Royals starter Glenn Sparkman retired the next two hitters, but Naquin made him pay for hanging a curveball with his fifth homer.

In the fifth, Perez connected for his 14th homer, a lined shot that scarcely cleared the wall in right. Perez entered 2019 with just 21 career homers in four-plus big league seasons, but has given the Indians some-much needed power.

Three pitches later, Freeman pulled his second homer into the seats in right.

However, first baseman Santana's error — he made a diving stop, but a poor toss to Bieber covering first — helped the Royals take a 2-1 lead in the fifth when White Merrifield hit a two-run double.

Royals: LHP Eric Skoglund's 80-game suspension for testing positive for banned performance-enhancing drugs ends Wednesday. Skoglund was in the mix to make Kansas City's rotation before the ban. He's made three minor league rehab starts and will be added to the 40-man roster.

Indians: RHP Mike Clevinger will be activated Friday to start the series opener in Baltimore. Clevinger has been sidelined with a sprained ankle sustained in his first start after returning from an eight-week stint on the injured list with a strained back muscle. Manager Terry Francona said Clevinger's bullpen session was intense. "Looked like Game 7 of the World Series," he said. ... OF Jake Bauers felt better after rolling his left ankle during batting practice Monday. Bauers was initially scared he was more seriously injured. "He said he almost kind of blacked out," said Francona, who was surprised to learn Bauers had never sprained an ankle. "I could do that sleeping," he cracked.

Indians: RHP Trevor Bauer (5-6, 3.69) is winless in his last eight starts at home. He allowed a season-high tying 10 hits in his last start on June 21 at Detroit.