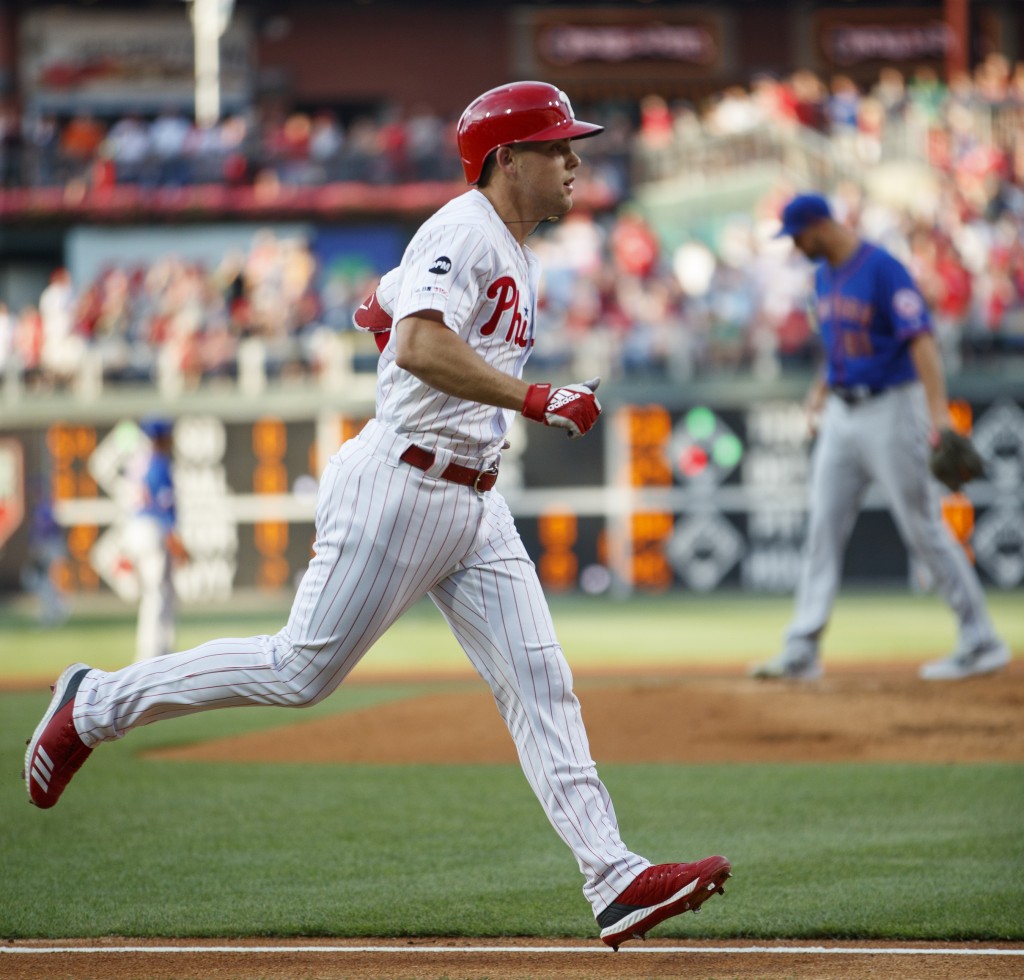 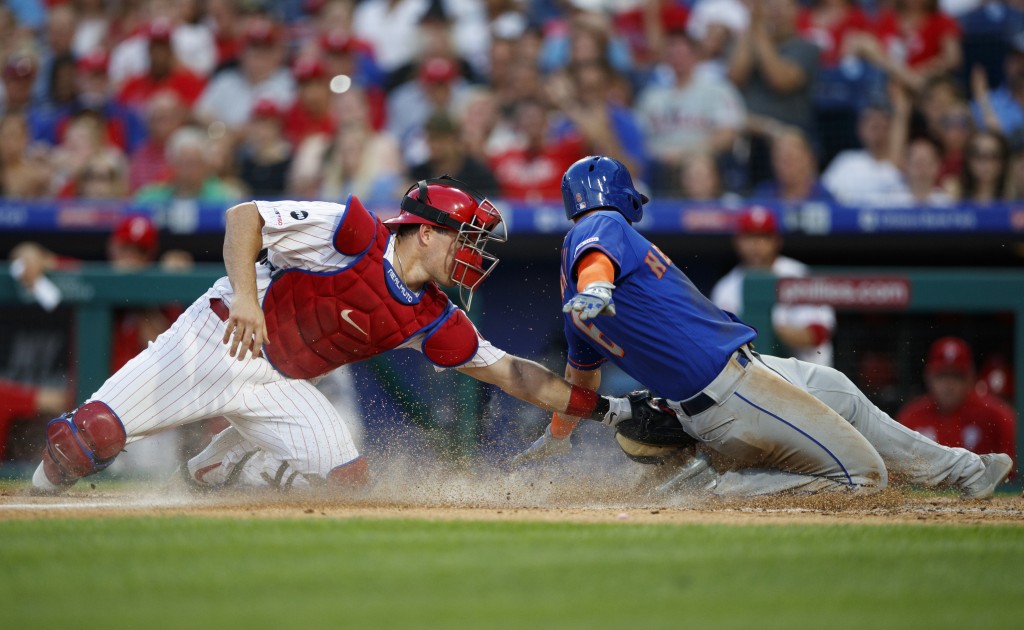 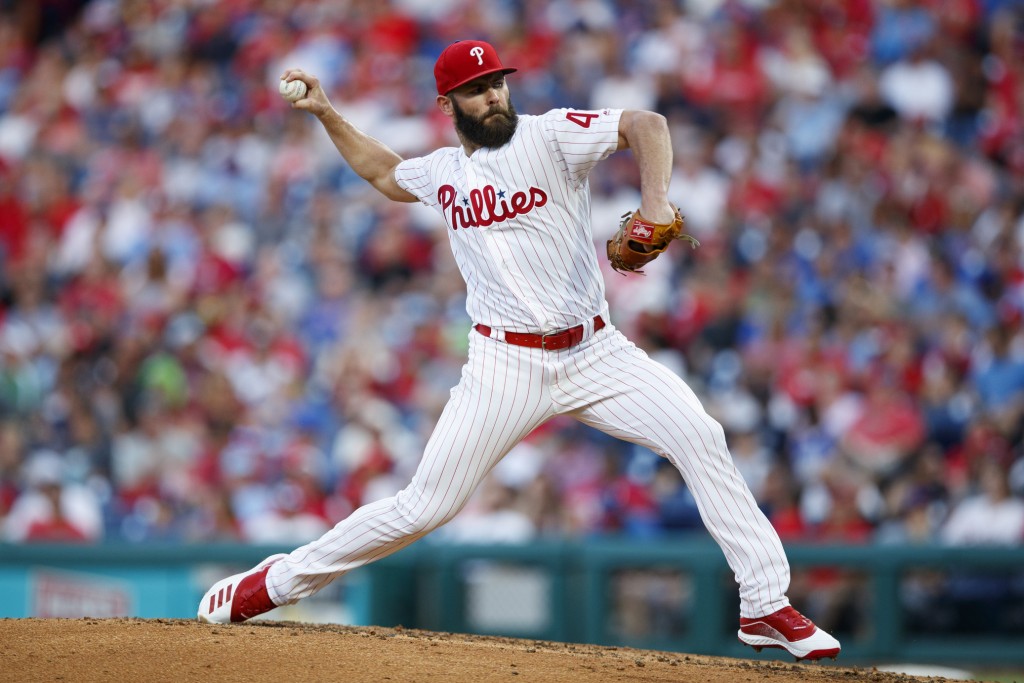 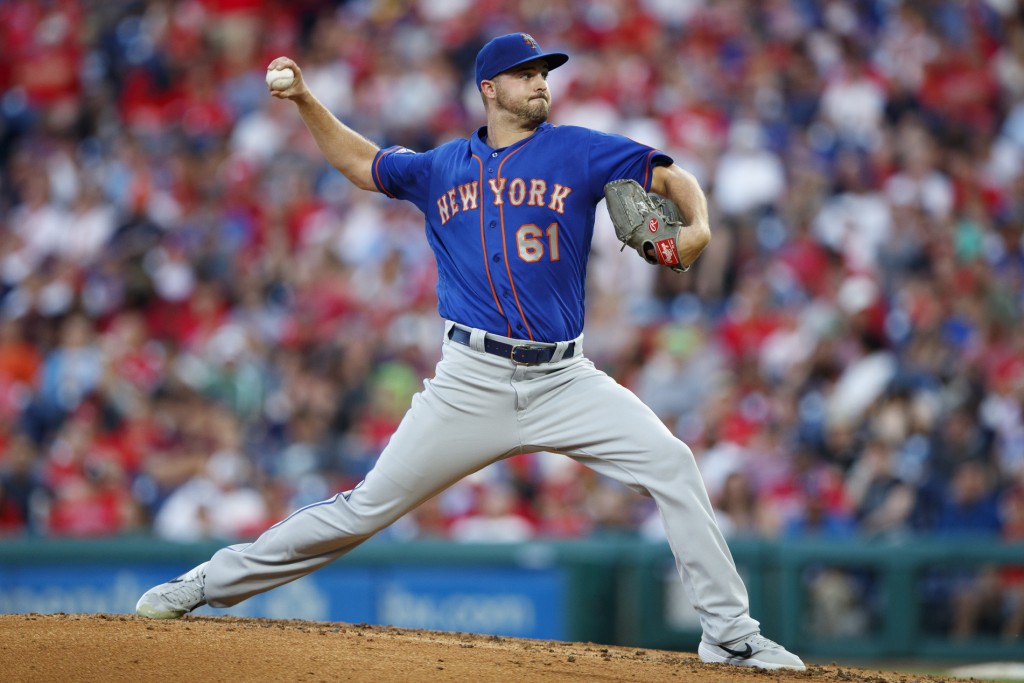 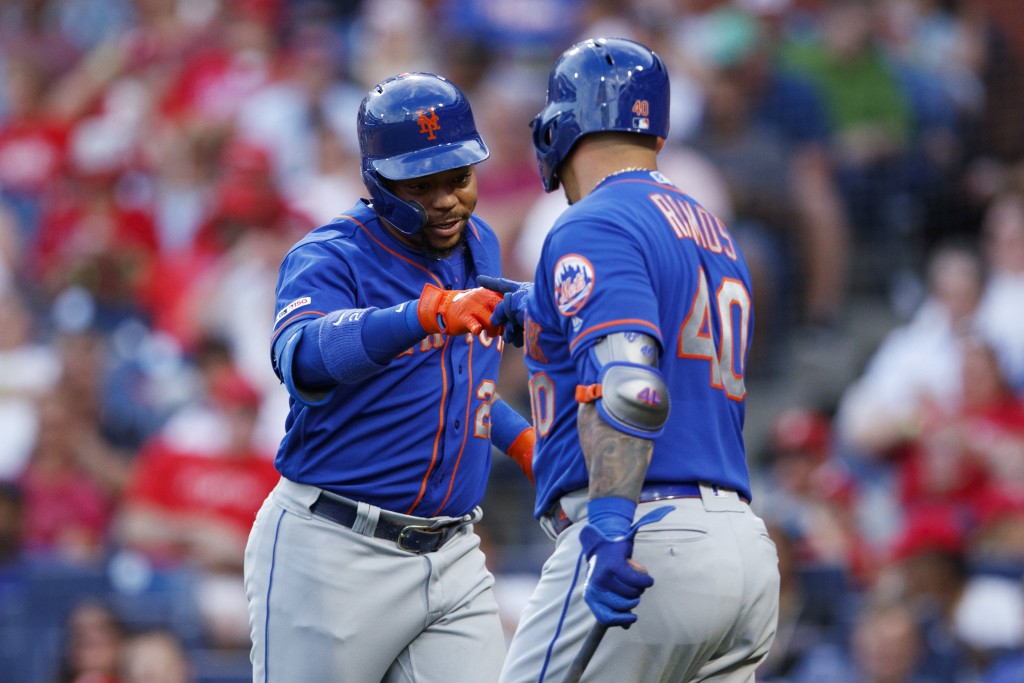 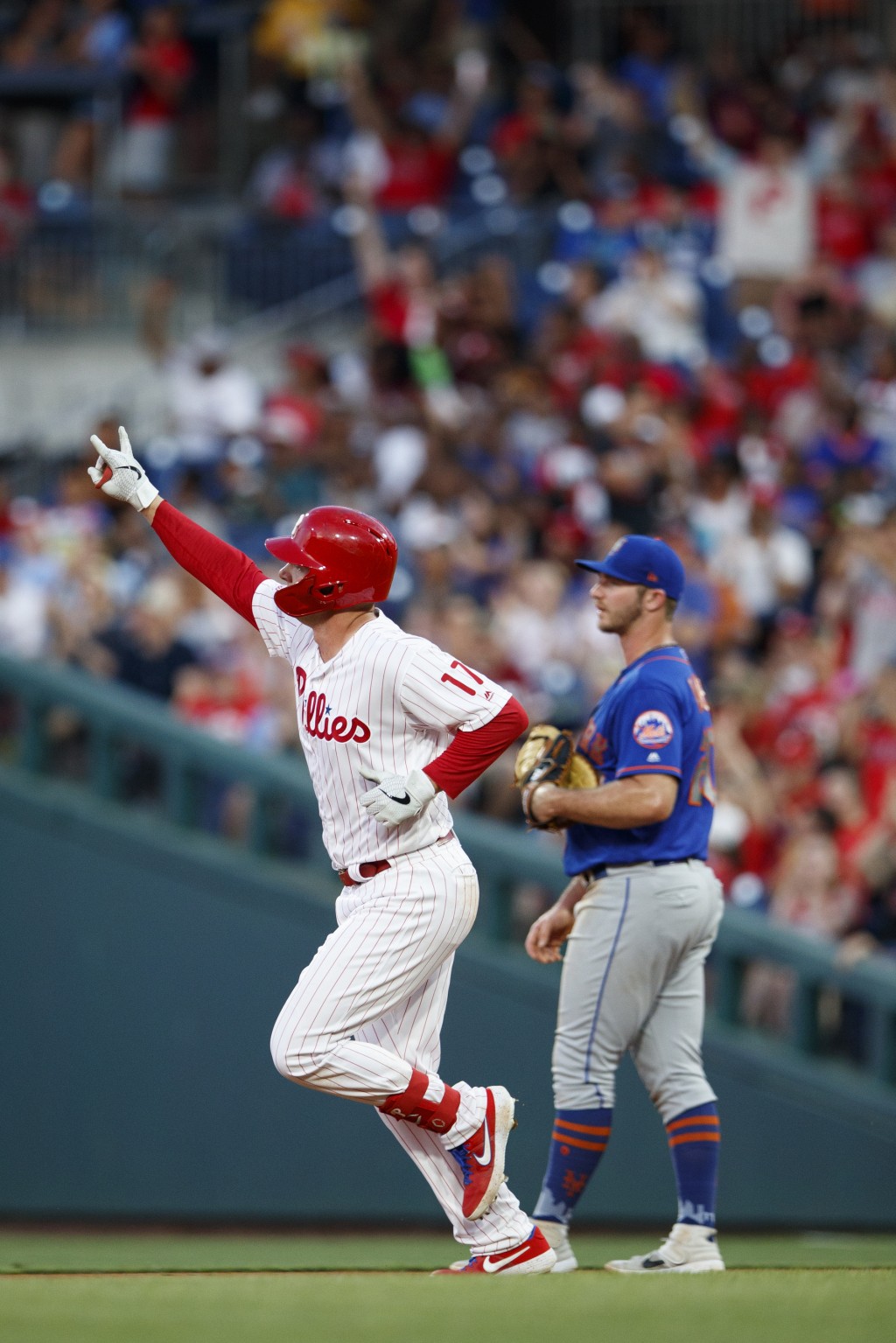 Franco hit a shot to right off Wilmer Font (1-2) for his 18th homer, lifting the Phillies to a 6-5 lead in the sixth inning. Miller made it back-to-back shots when he went deep for a pinch-hit homer.

There was one more shot in the inning — Kingery was drilled on the left shoulder by a Font fastball. Home plate umpire Joe West immediately warned both teams, and Phillies manager Gabe Kapler burst out of the dugout to argue. Kapler was quickly ejected for the second time in four games, likely grumbling that it was Font that needed to get tossed.

Jeff McNeil's fourth hit of the game for New York missed clearing the wall in right by inches, falling just short of a tying two-run homer in the eighth. After a review, McNeil's double against Juan Nicasio stood and Hector Neris came in with runners on second and third. Neris got rookie slugging sensation Pete Alonso to pop out and end the threat.

Neris put two more runners on in the ninth with one out but struck out Dominic Smith and retired Wilson Ramos on a grounder for his 16th save.

Franco's two-run homer to center off Steven Matz put the Phillies ahead in a 13-7 win Monday, and he delivered again to bail out an ineffective Jake Arrieta (7-6). Arrieta allowed solo homers to Amed Rosario and Smith to help the Mets take a 5-2 lead into the sixth. With the Phillies struggling, fans had reason to boo a team that had faded in the NL East race.

But could it be, perhaps a new boo is the new fad in Philly: Bamboo.

Hoping to snap the Phillies out of their funk, Miller bought a small bamboo plant and put it in his locker Monday as a good-luck charm. After the Phillies won, Miller purchased a larger bamboo plant on Tuesday and stuck it in the middle of the clubhouse, the floral centerpiece perhaps planting the seeds for a long winning streak.

"I thought it was cool," he said before the game. "Anything to kind of show we've got some fight, we've got some resiliency in us. It's just a temporary thing."

The Phillies could grow superstitious over their shrub and keep it around.

Arrieta gave up nine hits and five runs in six innings. He has allowed at least five runs in three of his last five starts.

The Mets scored twice in the first but Kingery got one back off Walker Lockett with his first career leadoff homer. Hoskins' 18th homer of the season in the fourth made it 4-2.

Mets: RHP Noah Syndergaard struck out nine in a rehab start for Class A Brooklyn. He has been out with a strained right hamstring.

Mets second baseman Robinson Cano had an RBI single in the first as he tries to hit his way out of a season-long slump. Manager Mickey Callaway said 80 games was too soon to judge Cano's season but it was time for the former Yankees star to find his groove at the plate.

"I think at some point, we have to get him going," Callaway said. "I think he's been swinging the bat better than his results. He's hit some hard line outs, some hard ground balls that haven't found the holes."

Cano said he's just a victim of "no luck."

The Mets hope LHP Jason Vargas (3-3, 3.75 ERA) won't be an unfortunate distraction when he takes the mound against Phillies RHP Nick Pivetta (4-2, 5.54 ERA) on Wednesday.