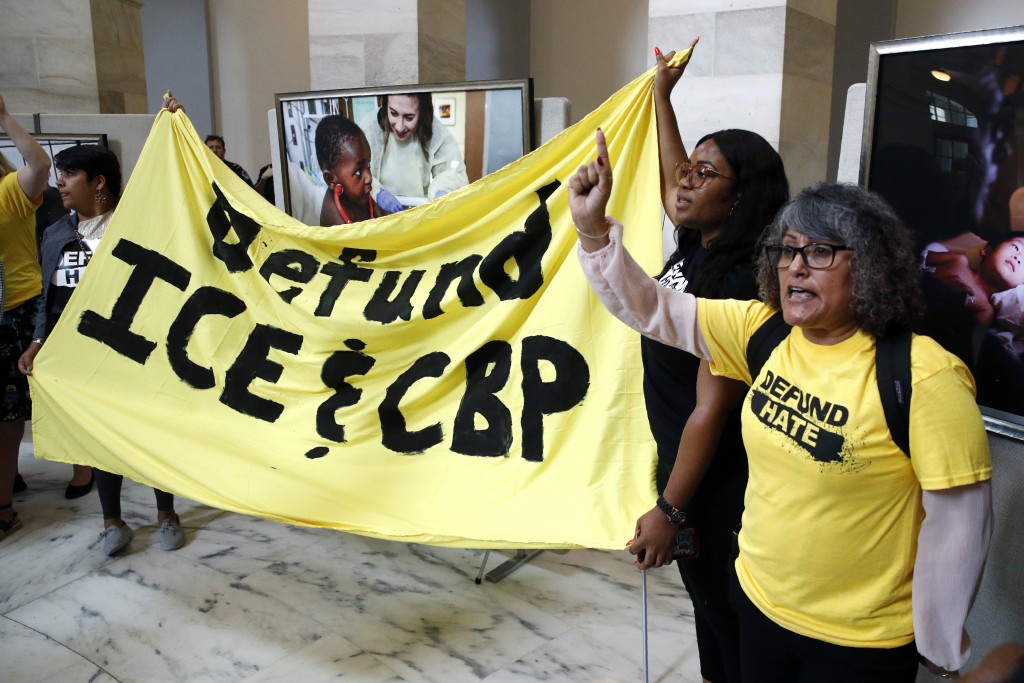 WASHINGTON (AP) — The Latest on funding to aid migrant families detained after crossing the U.S.-Mexico border (all times local):

Democrats have whisked a $4.5 billion bill through the House aimed at improving conditions for thousands of families and other migrants whose sheer numbers have overwhelmed federal immigration authorities.

The mostly party-line 230-195 vote sets up a showdown with the Senate, whose Republican leaders plan approval of a bipartisan bill this week.

Many Democrats prefer the House version. It contains stronger protections for how migrant children are treated and provides more services for migrants, including legal representation.

Pressure to approve the funds this week has grown amid reports of hundreds of children being housed in appalling conditions in a Texas facility. Congress plans a July 4 recess next week and lawmakers dread facing constituents without having approved the money.

Democratic leaders in the House are proposing tighter requirements for the care of unaccompanied refugee children as they try to pass a $4.5 billion emergency funding bill to address the humanitarian crisis involving the thousands of migrant families detained after crossing the U.S.-Mexico border.

Lawmakers and aides say they expect the changes, which are concessions to Hispanic and liberal Democrats, to produce a winning tally when the measure comes to a vote later Tuesday.

A full court press by leaders, including Speaker Nancy Pelosi, is also helping nail down support, though some Democrats have lingering reservations.

The Senate plans to vote on a different, and bipartisan, companion measure in coming days.