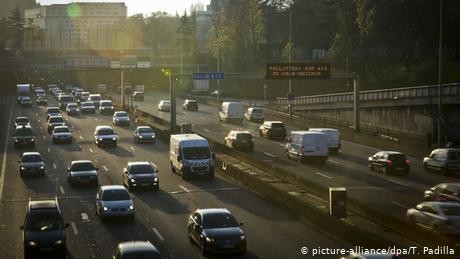 The French state was responsible for heavy air pollution around Paris, a local court ruled on Monday in a groundbreaking decision.

The administrative court of Montreuil found the government had failed to take sufficient measures to limit air pollution around the capital city.

A local resident sued after she and her daughter contracted bronchitis and asthma respectively after suffering through heavy pollution between 2012 and 2016.

The court ruled there was insufficient evidence to award damages for the ailments, but it did find the state had repeatedly failed to take sufficient measures to prevent pollution from rising above legal thresholds.

"The state was deficient in not taking sufficient measures to remedy the situation," the court ruling read.

Read more: The world at 3 degrees: What it means for five cities

The decision has been hailed by environmental activists as an important legal basis for further action, forcing the state to tackle pollution.

"The state's responsibility has been established. That is a first in France for victims of air pollution and it opens the door to compensation in the future," the plaintiff's lawyer Francois Lafforgue told Reuters.

"I am very moved. We have been waiting for this for 20 years," said the activist.

The mother and daughter had been living near the clogged peripherique ring road, a vital transport link for the city. It accommodates 1.1 million drivers a day but is loathed by many of the 100,000 people living around it.