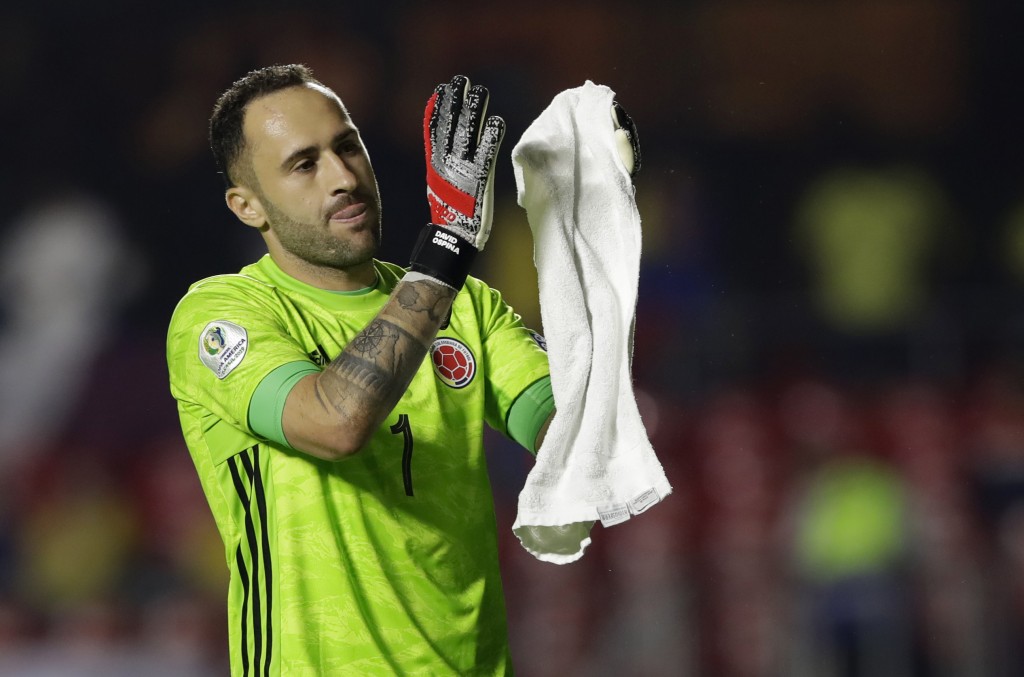 The Colombian soccer federation confirmed Tuesday that Ospina has already joined his teammates in Sao Paulo.

Colombian media said the goalkeeper had traveled Friday to be with a family member who is ill.

Ospina is expected to train with Colombia later at the Pacaembu Stadium.

The goalkeeper played in Colombia's 1-0 win against Qatar which secured his team top spot in Group B. He missed the 1-0 win against Paraguay on Sunday when he was replaced by Alvaro Montero.