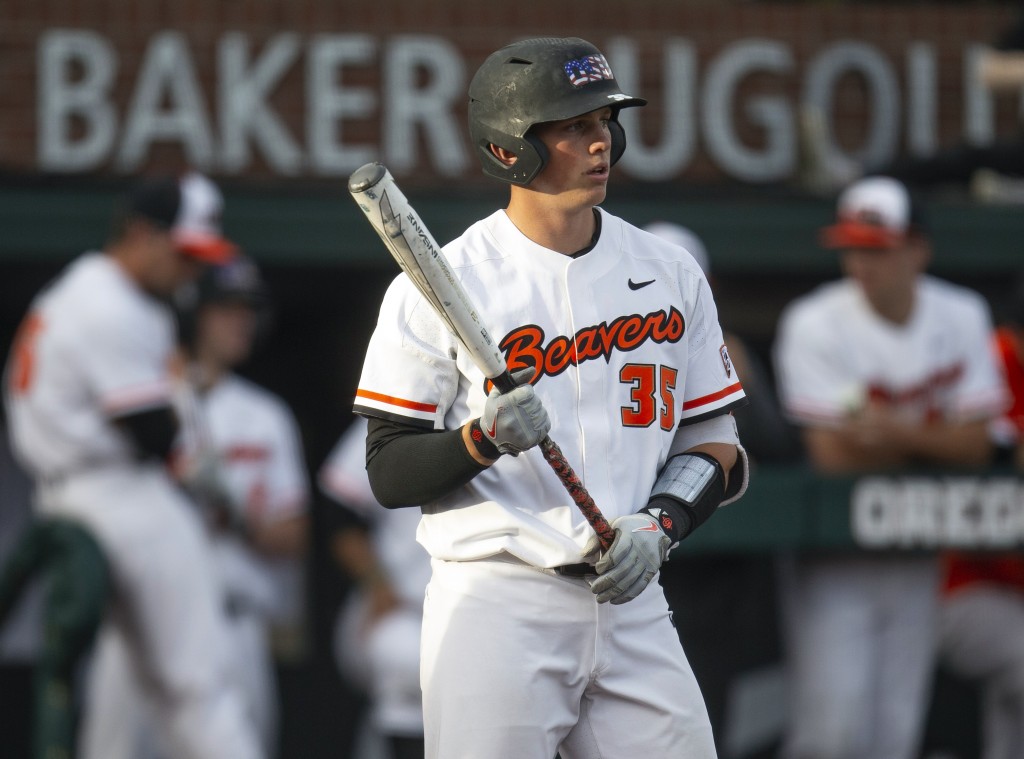 BALTIMORE (AP) — The Baltimore Orioles interrupted their miserable 2019 season to introduce a sliver of hope for the future: Adley Rutschman, the top overall pick in the Major League Baseball draft.

Rutschman sat alongside general manager Mike Elias during a news conference Tuesday at Camden Yards before the Orioles were to face the San Diego Padres, whose most notable player, Manny Machado, was nabbed by Baltimore with the third selection in the 2010 draft.

Machado became a star, but the Orioles traded him away last year in the midst of a 115-loss season because they couldn't afford to keep him beyond 2018.

Now in the process of a major rebuild, Elias is counting on Rutschman — a switch-hitting catcher from Oregon State — to become a key figure in the team's rise to respectability.

After mulling over several options, Elias settled on Rutschman and bestowed upon him an $8.1 million signing bonus, the largest ever provided to an MLB draft pick.

Elias termed the selection of Rutschman as "probably the biggest decision this organization is going to make this year."

Whether the 21-year-old rises to his potential will be determined soon enough, but at this point there is no understating his importance to a franchise that finished with the worst record in the majors last year and appears well on its way to duplicating that lamentable feat this season.

"We couldn't be more thrilled, having him be a part of the process we're going through to take this organization back to where it belongs," Elias said. "We are in phase right now where we are looking for building blocks, and I think by signing Adley Rutschman, we found a very big piece."

Rutschman intended to take batting practice with the team and was to be introduced to the home crowd on Tuesday night. After that, the plan is for him to take a break to accept some of the many awards he garnered this season, then play in the Gulf Coast League before joining short season Class A Aberdeen.

"I always believe, when in doubt, start players at the lower-level league because it's very easy to transfer them if they're performing well," Elias said. "We took a lot of college players and almost all of them will be starting there."

Rutschman has already played plenty of baseball this season, but he can't wait to get started with the next phase of his career.

"It's always been a goal of mine to be in this position," Rutschman said. "For me, it's always been about the process of getting there. So, now it's about setting new goals. Now that I'm here, I am just excited about the opportunity and I'm truly humbled to be a part of the building process that is going on right now."

Rutschman is a pivotal piece of the rebuilding puzzle that Elias is trying to put together, but the Golden Spikes Award winner can't turn the franchise around alone.

"We're trying to bring in talent from every direction possible," Elias said. "Obviously having the No. 1 pick in the draft is a special opportunity to do that. The important thing for us is, this doesn't start and end here. But to have a player of his caliber, that I think is not necessarily available every year in the draft, is big for us."