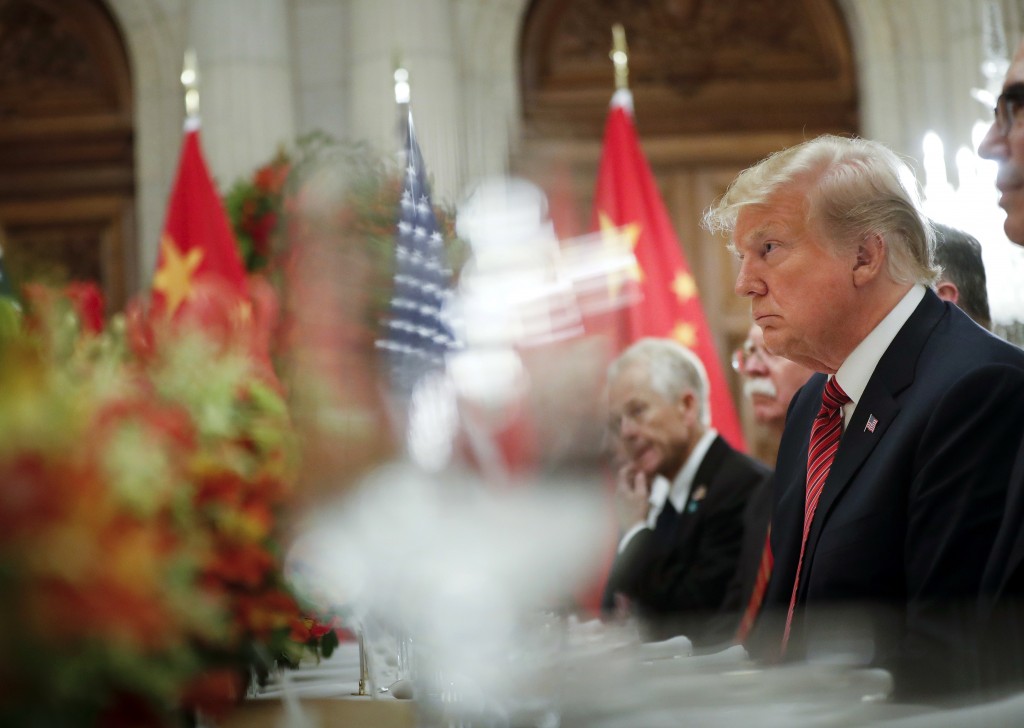 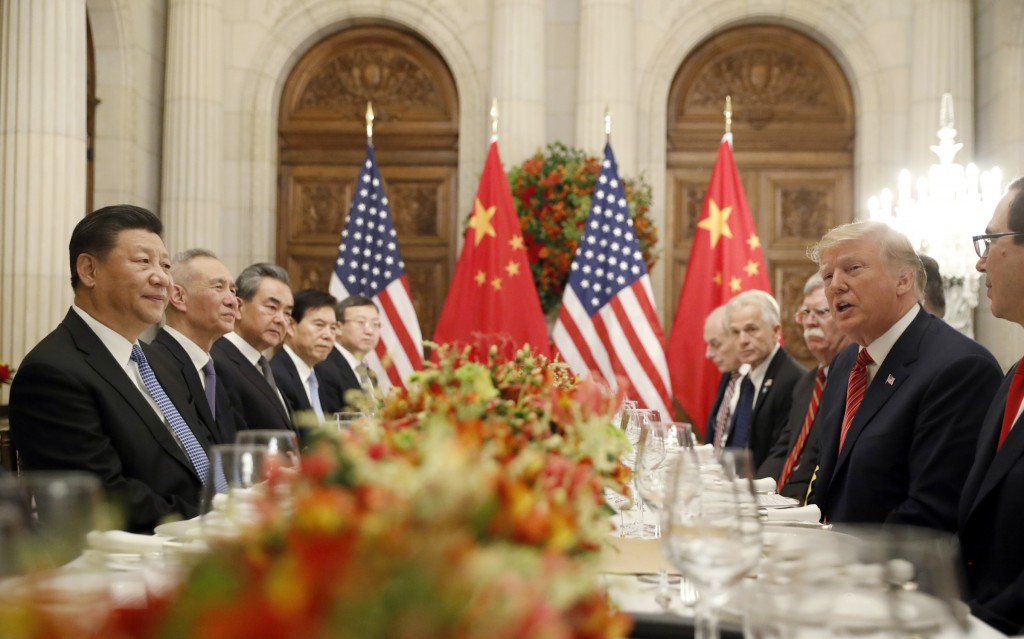 If history repeats itself — and most analysts are betting it will — Trump and President Xi Jinping will agree to some kind of cease-fire when they meet late this week at a Group of 20 international summit in Osaka, Japan.

Indeed, a senior administration official sought to downplay expectations Tuesday by suggesting that the primary goal for the Trump-Xi meeting is simply an agreement to restart negotiations. The official, who spoke on condition of anonymity, said the hard work of finalizing the complex details of any broad new accord would come later, when negotiating teams for the two sides meet.

Under the cease-fire scenario, the two sides' existing tariffs and counter-tariffs on many of each other's goods would remain in place. But no additional import taxes would take effect. This would buy time for U.S. and Chinese officials to restart talks that stalled last month after 11 rounds of negotiations.

The last time Trump and Xi met — in early December at a G-20 gathering in Buenos Aires, Argentina — they called a truce. That cease-fire injected some new momentum into the talks between the world's two biggest economies.

"Ideally, results at this summit could match the last summit in Argentina," said Tu Xinquan, director of the Institute for WTO Studies at the University of International Business and Economics in Beijing. "That is, to prevent the trade war from escalating."

"What I'm hoping is that two leaders will recommit to fully engage on the trade talks," said Myron Brilliant, head of international affairs at the U.S. Chamber of Commerce, a traditional Republican ally that has been sharply critical of Trump's use of tariffs. "There's too much at stake in the bilateral relationship for the two governments not to try to work out the final parts of the trade agreement."

The administration accuses Beijing of using predatory tactics in a pell-mell push to give Chinese companies an unfair competitive edge in such advanced technologies as artificial intelligence and driverless cars. In particular, Trump officials allege that Beijing forces American companies to hand over technology in exchange for access to China's market, unfairly subsidizes Chinese tech companies and sometimes resorts to outright cyber-theft to pilfer U.S. trade secrets.

Beijing denies the charges and contends that the administration is simply trying to suppress a rising competitor in global trade.

If Trump did expand his tariffs to the final $300 billion in Chinese imports, it would amount to a significant escalation in the U.S.-China trade war. The earlier rounds of U.S. tariffs mostly spared consumers by targeting industrial goods, not everyday staples. Higher taxes on the rest of Chinese imports — from alarm clocks and baby carriages to contact lenses to Christmas ornaments — are "finally going to get into the average guy's pocket. It's all been hidden up to now," said Jeff Moon, a former China hand with the U.S. State Department and the Trade Representative who runs the China Moon Strategies LLC consultancy.

When Lighthizer's office ran seven days of hearings this month on the expanded tariffs, the message from American businesses was fairly uniform: Don't do it. Indeed, economists warn that additional higher tariffs — effectively, a tax increase on consumers and companies — would hurt a U.S. economy that already appears to be weakening.

Consider Celestron, a telescopes and optics company with 80 employees at its offices in Torrance, California, that moved most of its manufacturing to China years ago. Trump's earlier tariffs hit only about 10% of what Celestron brings in from China. The next round would cover the remaining 90% — and it might force company to lay off manufacturing and assembly workers it still employs in California.

"These skilled positions will be imperiled by the proposed tariffs, because the parts and equipment these workers need to do their jobs are sourced in China," Celestron said in a filing with the government.

Until last month, the Trump administration and Beijing seemed to be edging toward an agreement to end the trade war. Then Trump officials accused China of backpedaling on commitments it had made in earlier negotiations. The talks stopped. Trump raised tariffs on $200 billion in Chinese imports from 10% to 25% — the sanctions he had suspended after he met with Xi in December — and threatened to tax the $300 billion in Chinese goods he hadn't already hit.

A key reason why analysts say the best to expect from the Trump-Xi meeting is an agreement to resume talks is that a substantive deal remains enormously difficult. The Trump side is demanding concessions that would require China to scale back its aspirations as a global technological powerhouse.

The differences between the two countries' political and economic systems — America's free-market capitalist economy versus China state-driven Communist model — are so vast that a resolution to the dispute likely would amount to "a pause in a broader conflict over trade and technology," said James Green, a former U.S. trade official in Beijing and now senior adviser at McLarty Associates consultancy.

A few months after any deal, Green said, "we will be back talking about this."

The administration will insist on a means to enforce any agreement, reflecting its contention that Beijing has violated past promises. It will likely insist on retaining some tariffs as leverage. Yet Beijing will want to eliminate all the U.S. tariffs.

"China seems willing to offer Trump many concessions to de-escalate trade tensions," said Eswar Prasad, a Cornell University economist and former head of the China division at the International Monetary Fund. "But it is unlikely to cave in to demands that it change its economic model or industrial strategy. Such actions would go against the grain of Chinese leaders and their vision of China's economic future."

"Solutions to the outstanding remaining issues can be found as long as both sides have the political will to do so," said Wendy Cutler, a former U.S. trade negotiator who is now vice president at the Asia Society Policy Institute. "It's not entirely clear if that political will is there."

AP writers Kevin Freking in Washington and Joe McDonald in Beijing contributed to this report.