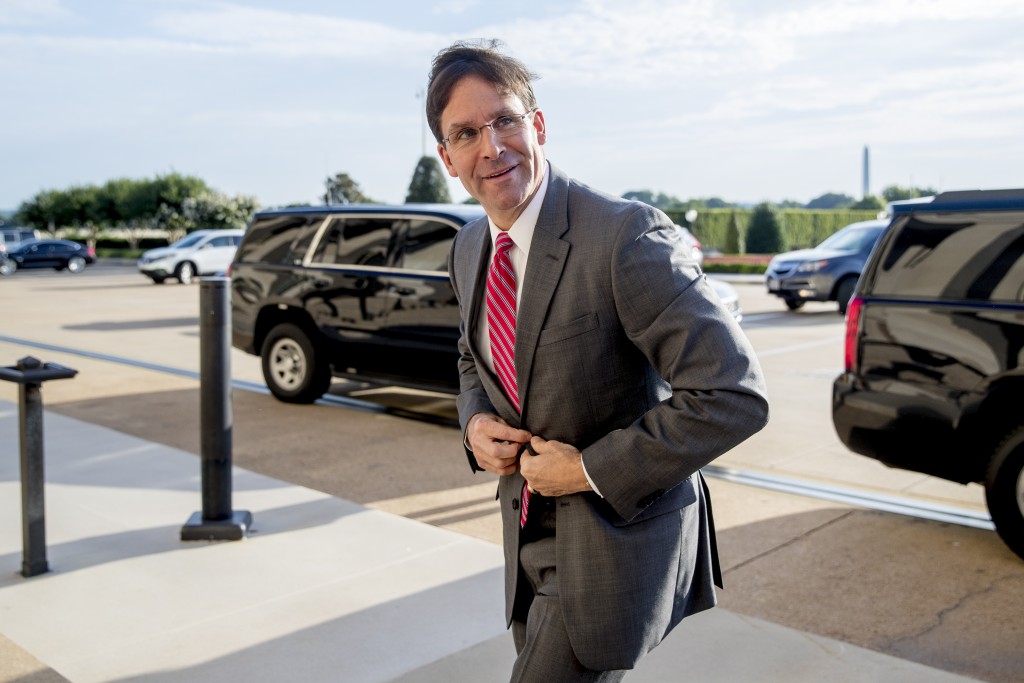 Acting Defense Secretary Mark Esper says he wants to persuade NATO allies to form a broader international coalition to deter Iranian threats and force its leaders back to the negotiating table over its nuclear program.

Esper says he needs to convince American allies that the latest increase in tension is not just "Iran versus the United States."

He spoke to reporters who traveled with him to Brussels on Tuesday for a meeting of NATO defense ministers.

He said the U.S. needs "to internationalize this issue and have our allies and partners work with us to get Iran to come back to the negotiating table and talk about the way ahead."

European allies, however, have so far expressed little enthusiasm for U.S. plans to build an international coalition and have talked more about de-escalating the situation.

Acting Defense Secretary Mark Esper is heading to Europe to try to persuade wary NATO allies to work with the Trump administration on Iran sanctions and security in the Middle East.

His trip comes amid worries that the U.S. and the Islamic Republic may be on a path to war, even as the Trump administration ratchets up economic pressure on Tehran.

When Esper steps off his plane in Brussels on Tuesday, he will also have to assure his international counterparts and military commanders in the region that the U.S. military is in stable and capable hands, even though President Donald Trump has had three Pentagon chiefs in the past seven months.

Esper, who had been Army secretary, took over as interim Pentagon chief Monday, replacing Patrick Shanahan, who resigned.