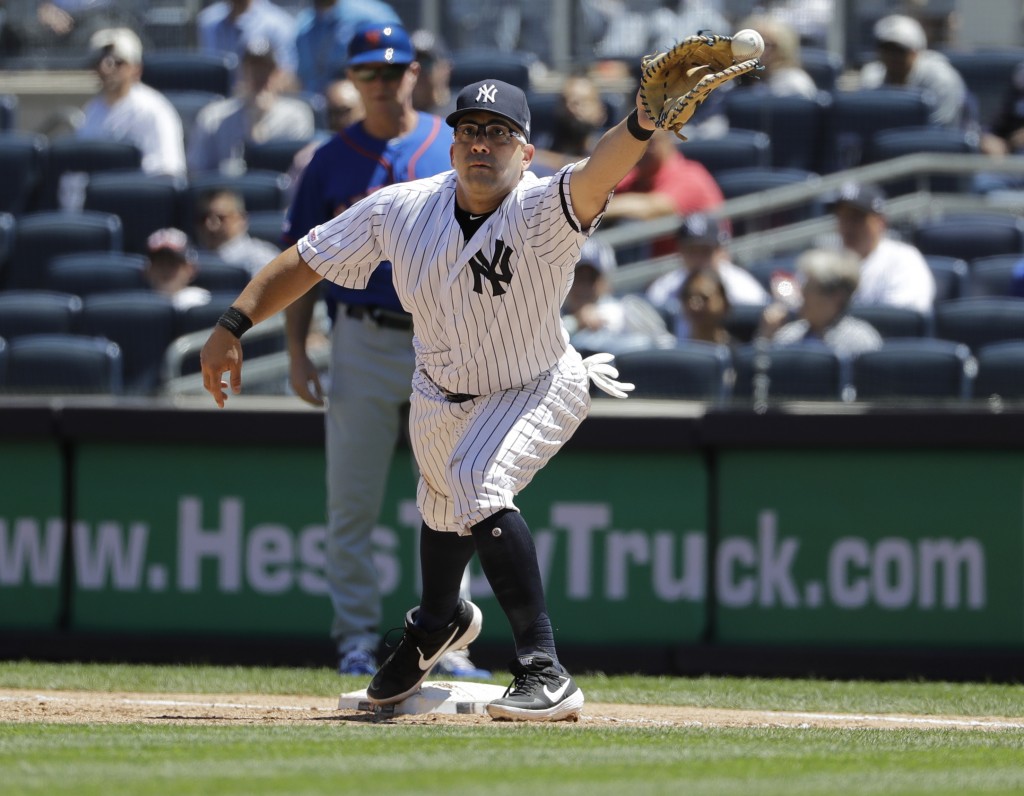 NEW YORK (AP) — Kendrys Morales has been cut by the New York Yankees.

Tarpley replaces struggling reliever Jonathan Holder in the bullpen. Holder was optioned to Triple-A after Monday night's 10-8 victory over Toronto.

Morales, who turned 36 last week, was acquired May 14 from Oakland for a player to be named or cash. At the time, an injury-depleted Yankees team was looking for someone who could provide pop and temporary help at DH and first base. But since then, Edwin Encarnación was obtained from Seattle and Giancarlo Stanton came off the injured list — along with several other Yankees regulars. Morales became expendable.

The switch-hitter from Cuba batted .177 with a homer and five RBIs in 19 games for the Yankees. He got three hits against the Mets in his last game June 11 but was placed on the injured list two days later with a strained left calf.