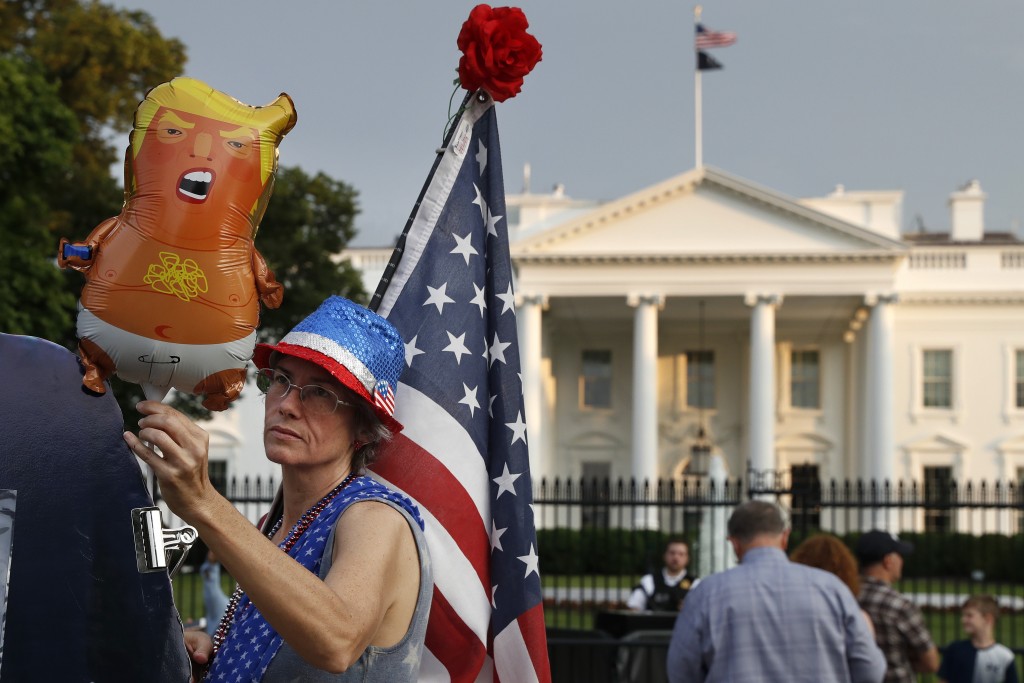 WASHINGTON (AP) — President Donald Trump increasingly is being tailed and trolled by an angry diaper-clad caricature armed with a cell phone.

He's Baby Trump, the blimp who has become synonymous with resistance to the American president.

The idea of Baby Trump began ahead of the president's visit to London last year, when a group of activists gathered at a local pub to brainstorm ideas for a protest statement sure to get under Trump's skin.

Now, Baby Trump has been cloned multiples times over and become a world traveler. He's something of a celebrity for opponents of the president. He's also emerged as a rallying point for some supporters of the president, who see the blimp as evidence of just how over-the-top the opposition has become.