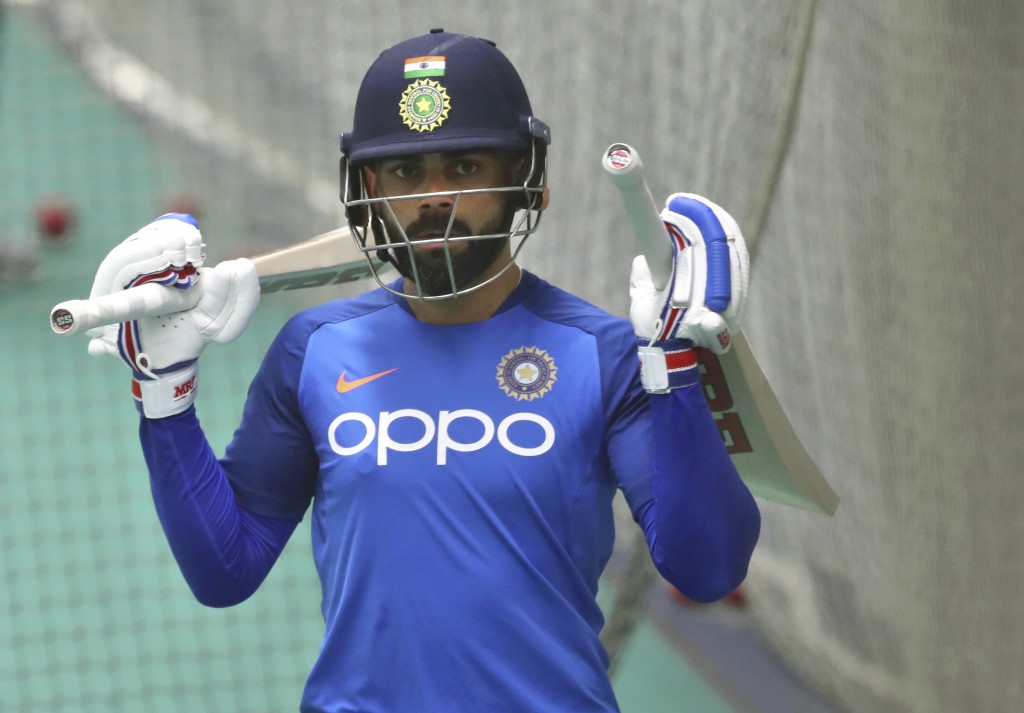 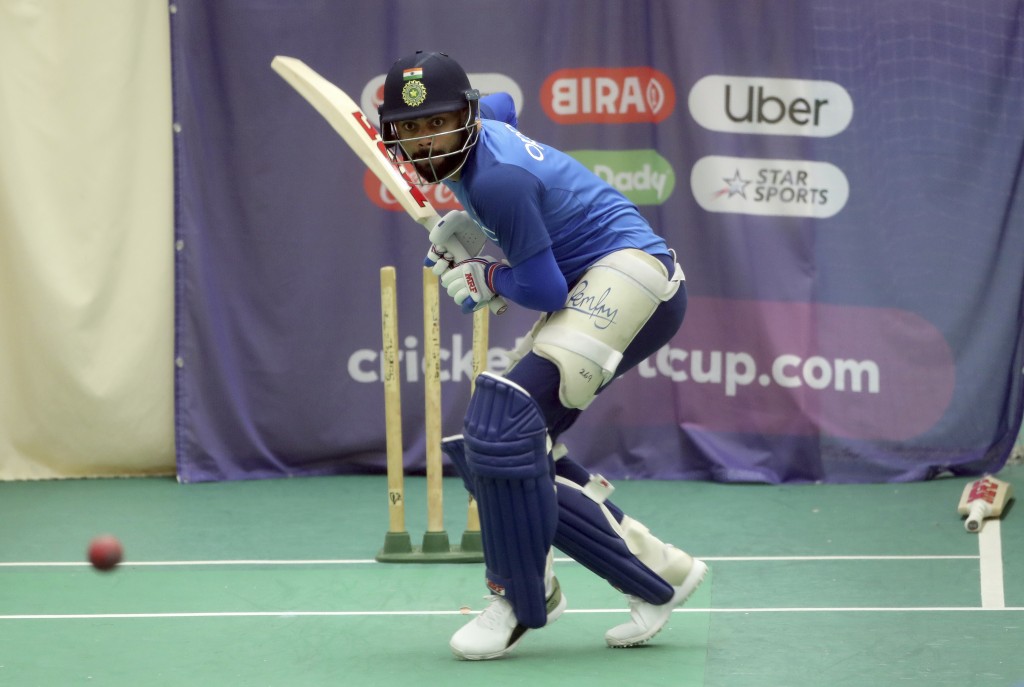 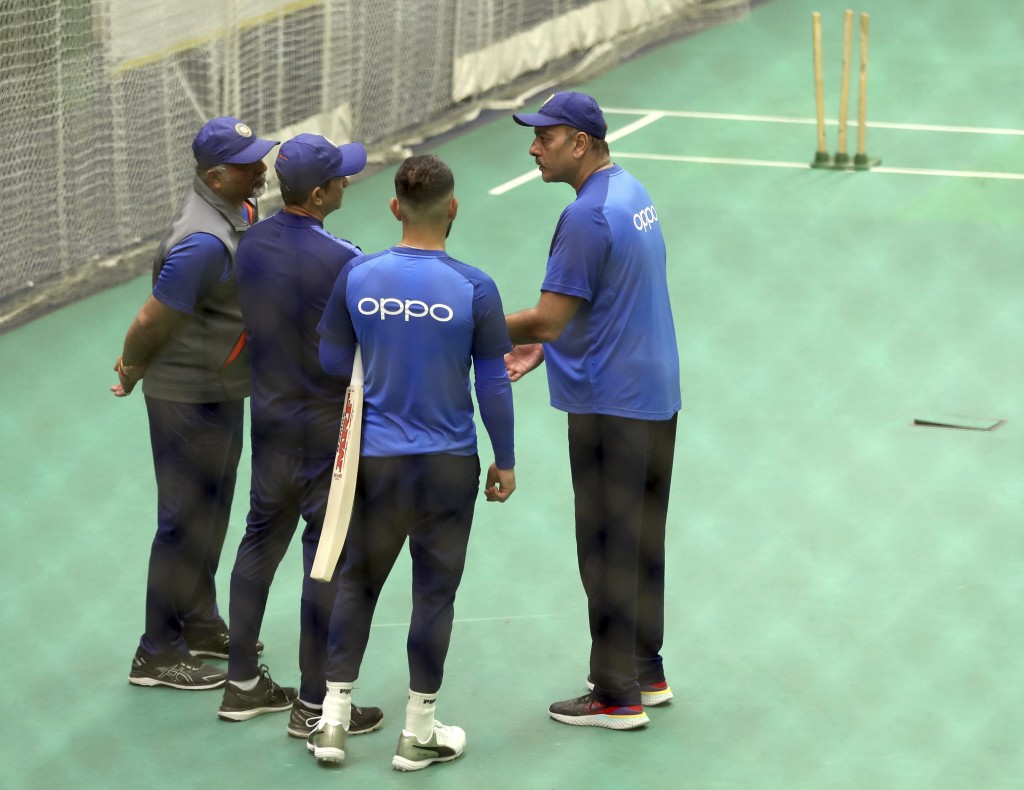 MANCHESTER, England (AP) — Even with practice deemed optional, it wasn't an option for Virat Kohli to skip it.

Three days after a nervously narrow win over Afghanistan in a Cricket World Cup group game in Southampton, the India skipper was one of four players who practiced in the indoor nets on Tuesday because rain washed out the scheduled squad session at Old Trafford.

He's just following his own advice. Hours earlier, Kohli posted a video clip of himself lifting weights to his 30 million-plus followers on Twitter along with the message "No days off. Nothing can be done without hard work."

It's a good reason why Kohli tops the batting rankings for both test match and one-day international cricket. He's committed to constant improvement, and he doesn't let much disrupt him.

Wet weather has had a bigger impact on this tournament than any of previous World Cup, with India having to share points with New Zealand because their June 13 game was washed out at Trent Bridge — one of three games abandoned without a ball bowled.

India's win over archrival Pakistan in Manchester was also interrupted by rain, one of three results that have involved the Duckworth-Lewis-Stern run-rate calculators coming out. The forecast is for some heat for Thursday's India-West Indies game, in the air — and on the field.

Kohli hasn't yet produced the hundreds of his World Cups past — he opened the previous two editions with centuries — but has three half-centuries in England so far including the top score, 67, on a difficult batting strip against Afghanistan when India was restricted to 224-8 in 50 overs.

The Afghans were verging on an upset of huge proportions until Jasprit Bumrah put India back in front in the penultimate over and Mohammad Shami finished off with a hat trick to seal India's 11-run win.

Kohli said the win over the 10th-ranked Afghans was "right up there" in terms of importance. "At the halfway stage, we had our doubts in our minds, but we also had self-belief."

"This game was way more important for us because things didn't go as planned. That's when you need to show character and bounce back."

It's a reason why India remains unbeaten. Not that there's been any lack of tension — Kohli was fined 25% of his match fee after the Afghanistan game for excessive appealing. But he takes those things in his stride.

He posted a calm message and relaxed selfie on social media, commending a "tremendous effort by the boys."

Now on to a West Indies squad which needs a victory to have any chance of reaching the semifinals after a dramatic, five-wicket loss to 2015 runner-up New Zealand. Carlos Brathwaite's remarkable century and dismissal — caught on the boundary — trying to hit a six for victory has boosted confidence within a West Indies squad that promised so much but has only one victory so far.

"We brought ourselves back, from a long way back, into the game," West Indies skipper Jason Holder said. "We've still got a lot to play for, we've got our pride to play for. We can still finish the tournament on a high."