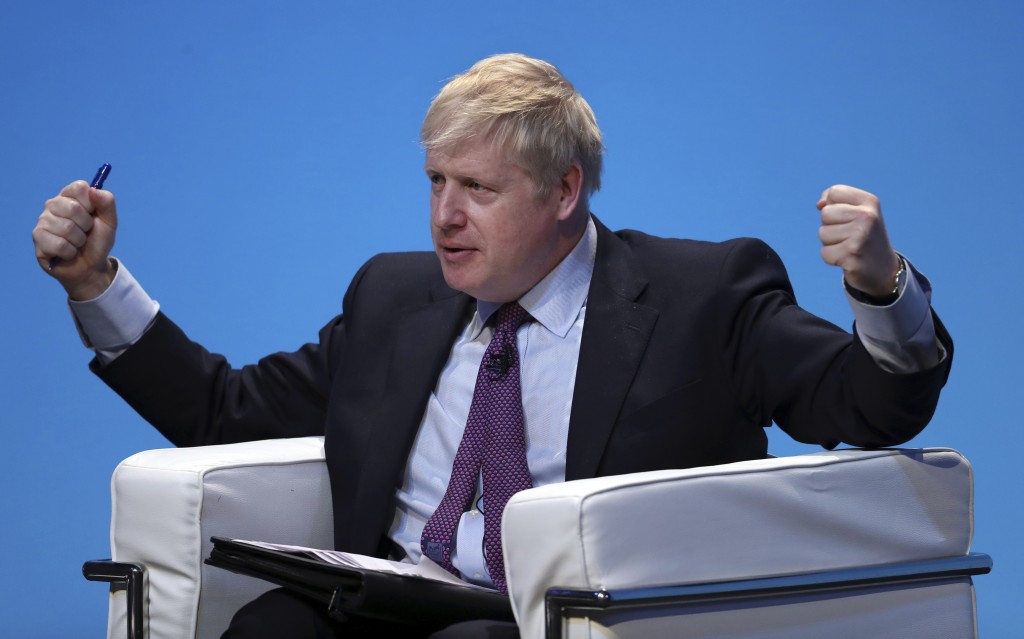 LONDON (AP) — U.K. Conservative leadership candidate Boris Johnson has again refused to address questions on his private life, despite an ongoing clamor to face public scrutiny amid the fallout from a reported quarrel with his girlfriend that prompted a police visit.

Speaking on LBC radio on Tuesday, Johnson was challenged over a picture showing him and girlfriend Carrie Symonds in the Sussex countryside amid speculation it was staged and released by his campaign.

Johnson says "the difficulty is that the minute you say one thing you obviously are bringing people, your loved ones, your family, into the public domain in a way that is not fair."

Asked where the photograph had come from and when it was taken, the front-runner "the longer we spend on things extraneous to what I want to do ... the bigger the waste of time."