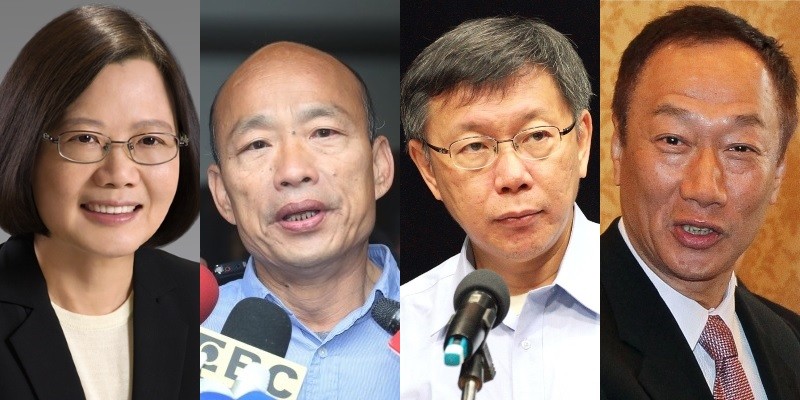 According to the foundation's poll on the 2020 Taiwan presidential race, 36.9 percent of respondents chose Tsai, 29.4 percent opted for Han, and 27.5 percent went for Ko. In the event Gou was the official Kuomintang (KMT) candidate instead of Han, Tsai still had a significant lead at 35.5 percent, followed by 28.1 percent for Ko, and Gou in last at 26.1 percent. Chart from Taiwanese Public Opinion Foundation showing Tsai ahead of Han and Ko.

In terms of satisfaction with Tsai's performance, 48 percent of respondents said that they agree with Tsai's way of dealing with national issues, while 40 percent disagree. An analysis of the poll report shows that Tsai's long downward trend in public opinion has significantly reversed.

As for satisfaction with Premier Su Tseng-chang's (蘇貞昌) performance, 52 percent of respondents were satisfied with Su's performance, much higher than the 38 percent who were dissatisfied. Chart from Taiwanese Public Opinion Foundation showing Tsai ahead of Ko and Gou.