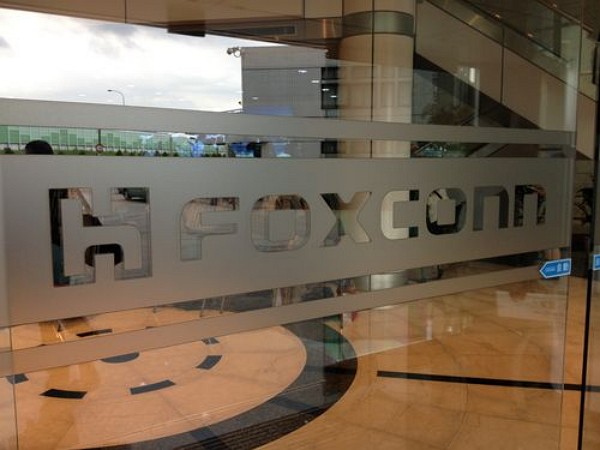 Taiwan-based manufacturing giant Hon Hai Precision Industry Co. is studying the feasibility of setting up a production site in Vietnam to roll out TV screens, according to the Saigon Times.

In a report dated Monday, the Vietnamese newspaper said Hon Hai, also known as Foxconn in the global market, is mulling a plan to build a TV screen assembly plant in Quang Ninh province in northern Vietnam.

Hon Hai is expected to invest US$40 million in the initial phase of the new TV screen plant, to be built in the Dong Mai Industrial Park in Quang Yen Town, according to the report.

The report cited Harry Zhuo (卓憲宏), general director of Foxconn Vietnam, as saying the initial phase of the project is expected to create about 3,000 new jobs in Vietnam.

Zhuo, who has discussed the investment plan with Vietnamese government officials, said the project will pave the way for Hon Hai to expand its reach in northern Vietnam by enabling it to invest in more sectors there, the report said.

Nguyen Van Thang, vice chairman of Quang Ninh province, has promised to create favorable conditions for Hon Hai to complete the investment process as quickly as possible and recruit a sufficient number of workers for the plant's construction and operations, the report added.

According to the newspaper, Hon Hai, an iPhone assembler, has had factories in Bac Ninh and Bac Giang and other facilities in Vietnam since March 2007. The plant located in Bac Giang has been listed as one of factories used to supply products to Apple.

In addition, FIT Hon Teng Limited, a Hong Kong-listed subsidiary of Hon Hai, announced it will spend about NT$4 billion (US$129 million) to invest in Vietnam's New Wing Interconnect in a bid to expand its production in Bac Giang.

FIT Hon Teng currently has operations in Taiwan, Mexico, and China's Jiangsu, Guangdong, Henan, Shandong and Chongqing. It specializes in optoelectronics development and has also entered the mobile communications and medical care arenas.

Amid the ongoing trade dispute between the United States and China, Hon Hai, which operates huge production bases in China with a workforce of 1 million workers, has watched the situation closely to determine how to respond.

It has also had to recalibrate its management after Hon Hai founder and former chairman Terry Gou (郭台銘) announced in mid-April his intention to go into politics and pursue the opposition Kuomintang nomination in the 2020 presidential election.

Gou stepped down as chairman after a board meeting held last week elected Liu Young-way (劉揚偉), head of Foxconn Integrated Technology Co., to succeed him. Liu is scheduled to take the helm on July 1.

Hon Hai has also set up a nine-member operations committee under its board of directors to monitor the fast changing global market.