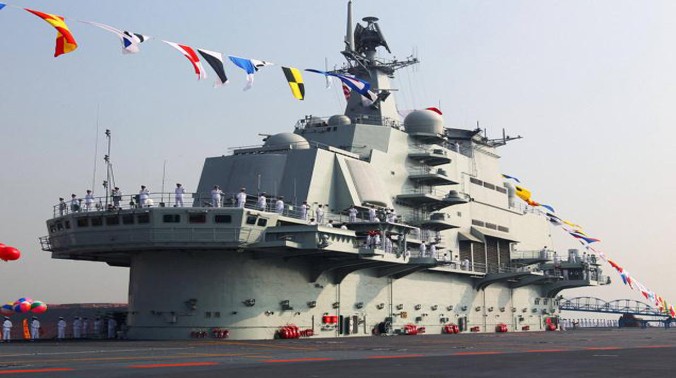 TAIPEI (Taiwan News) – The Chinese aircraft carrier the Liaoning was on its way back to its base in Northern China through the Taiwan Strait, the Ministry of National Defense said Tuesday (June 25), adding that it was monitoring the ship’s progress all the way.

The trip was the Liaoning’s first passage around Taiwan since a major refit last year, the Central News Agency reported.

Two weeks ago, Japanese defense officials confirmed the aircraft carrier and five other Chinese Navy vessels had passed by Okinawa on June 10 and 11 on their way to the Pacific.

By June 19, media reported the group had first approached Guam waters before rounding the Southern Philippines to enter the South China Sea, where it was expected to have visited recently militarized reefs and islands, according to CNA.

After passing by the Dongsha Islands, it had entered the Taiwan Strait, with projections setting it to leave the area by the end of Tuesday on its way to its home port of Qingdao, reports said.

China’s first aircraft carrier was based on a uncompleted carrier purchased from the Ukraine and retrofitted before being commissioned in 2012. The ship marks a major step in China’s endeavors to project its power across the South China Sea and intimidate potential regional opponents such as Japan and Taiwan, according to commentators.