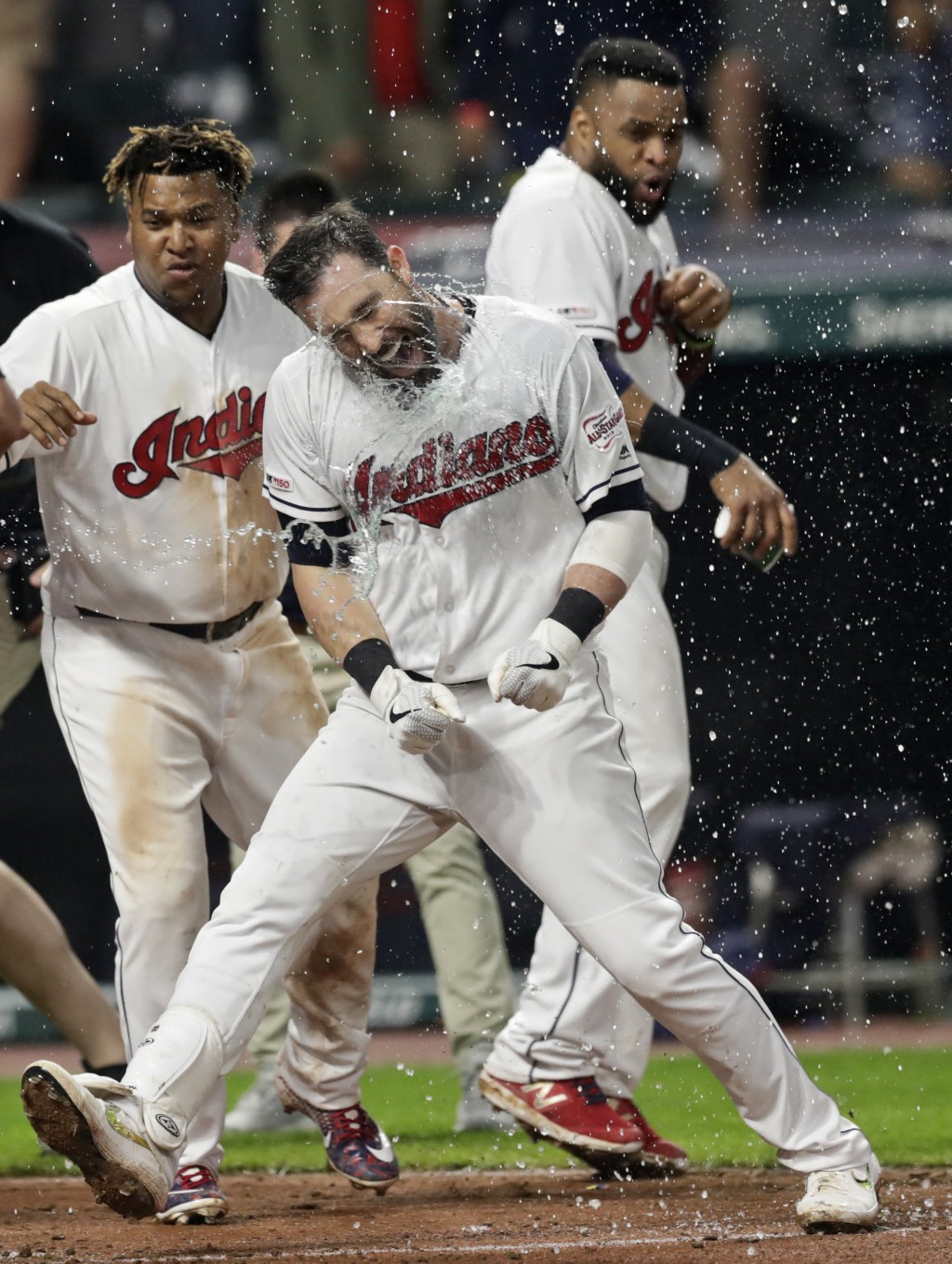 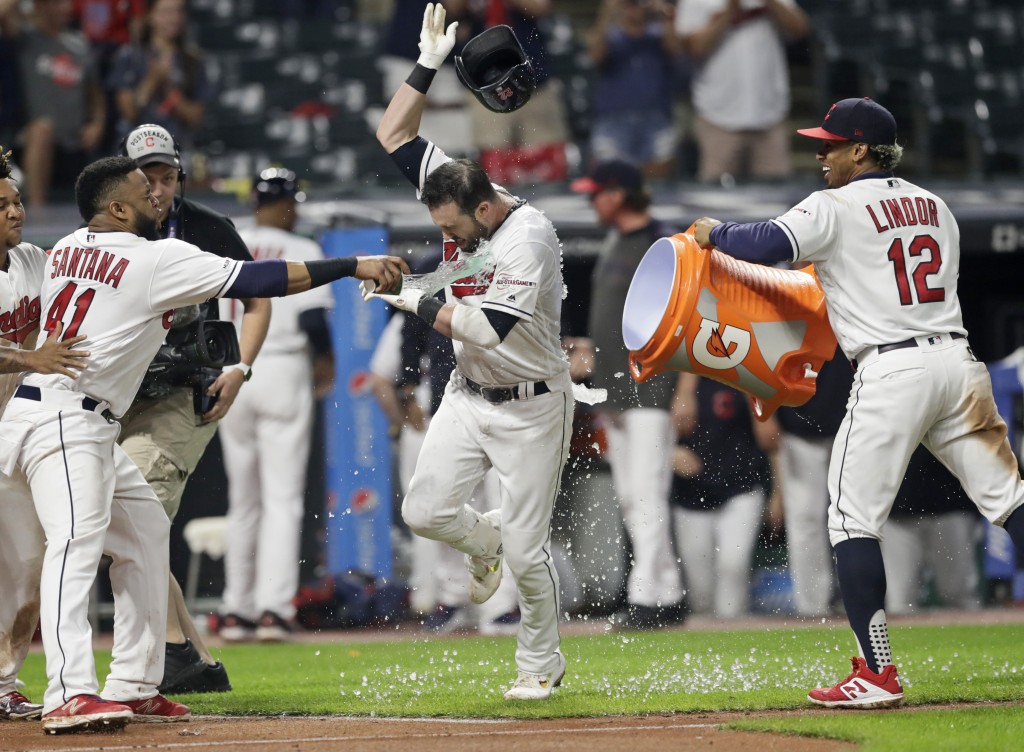 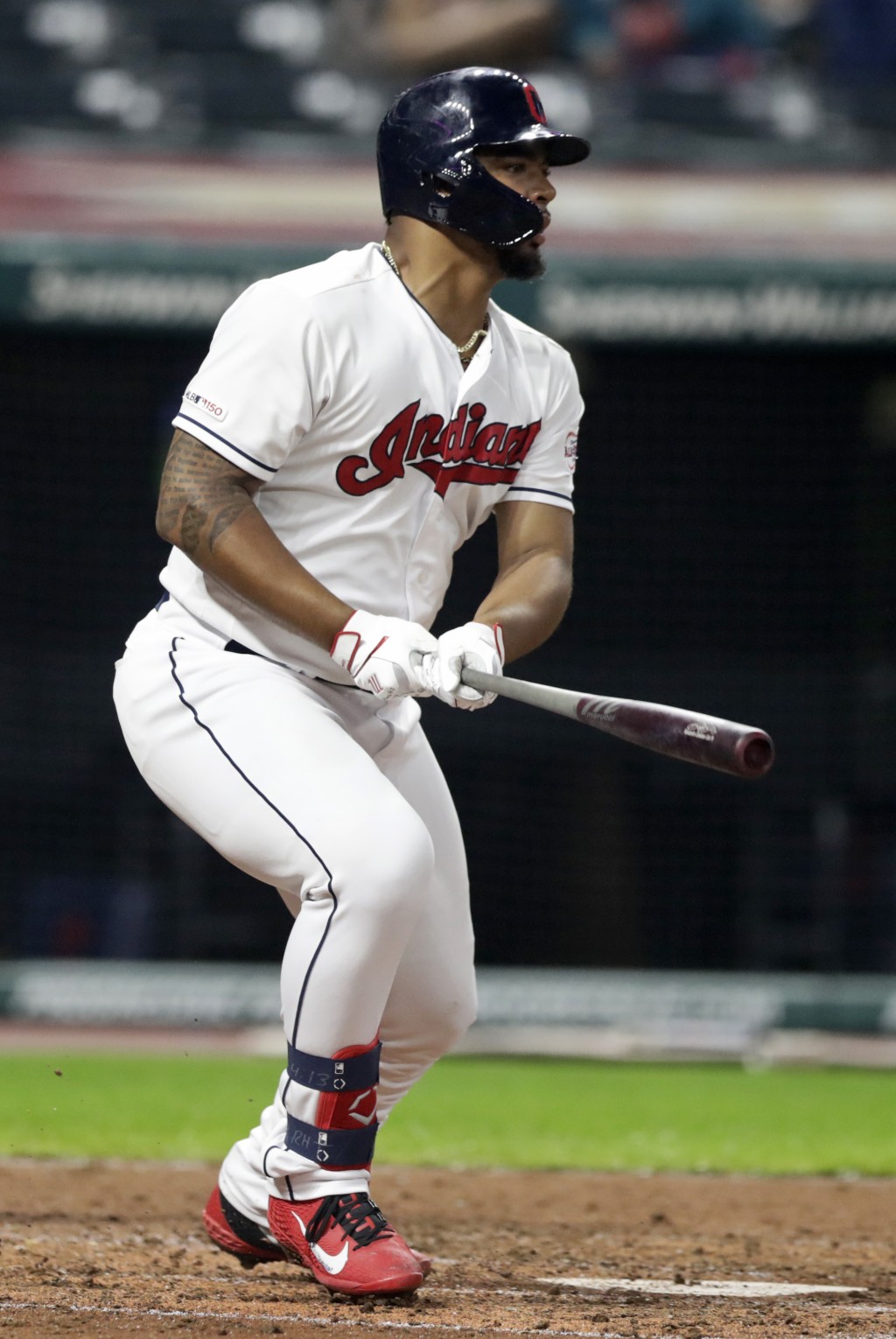 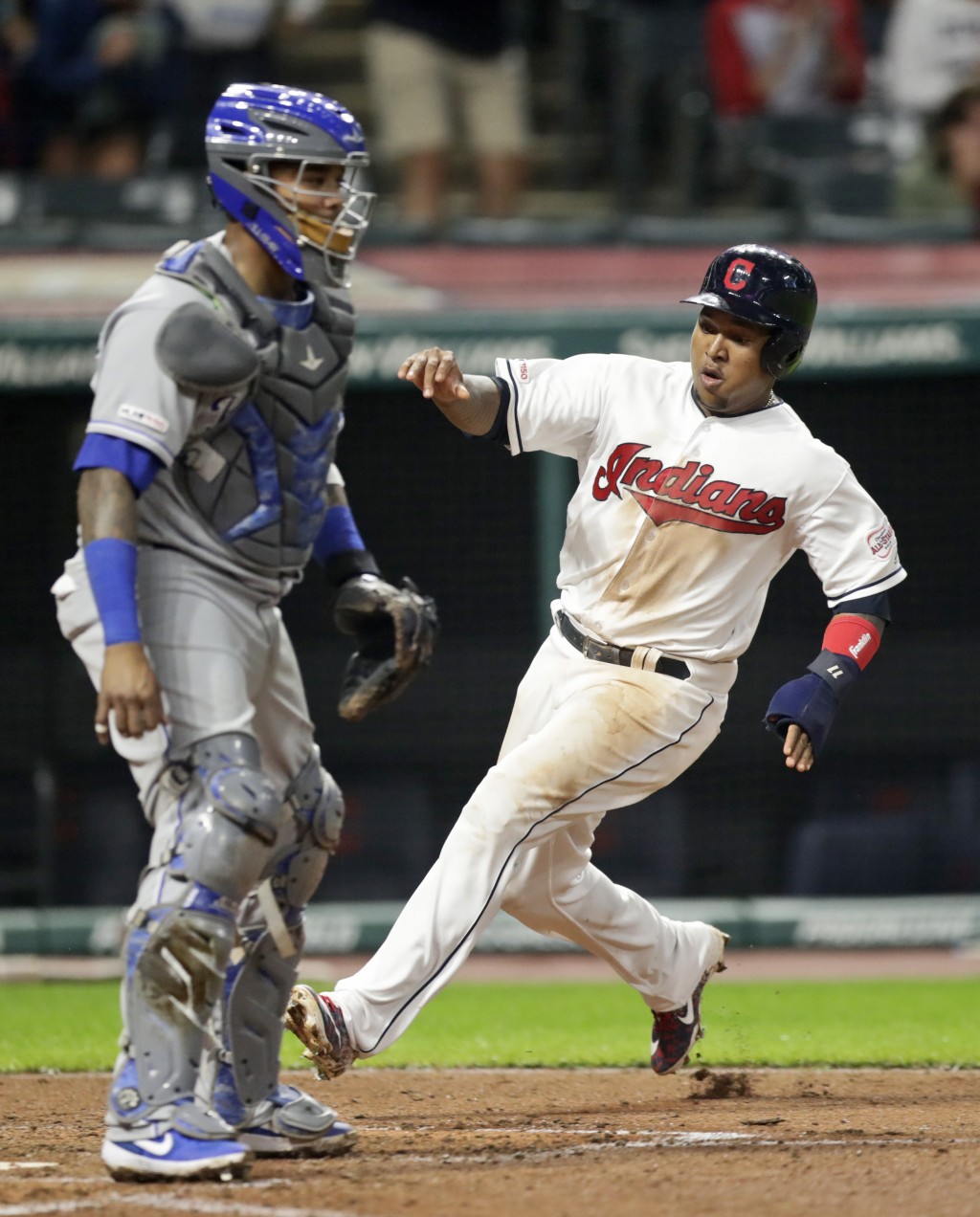 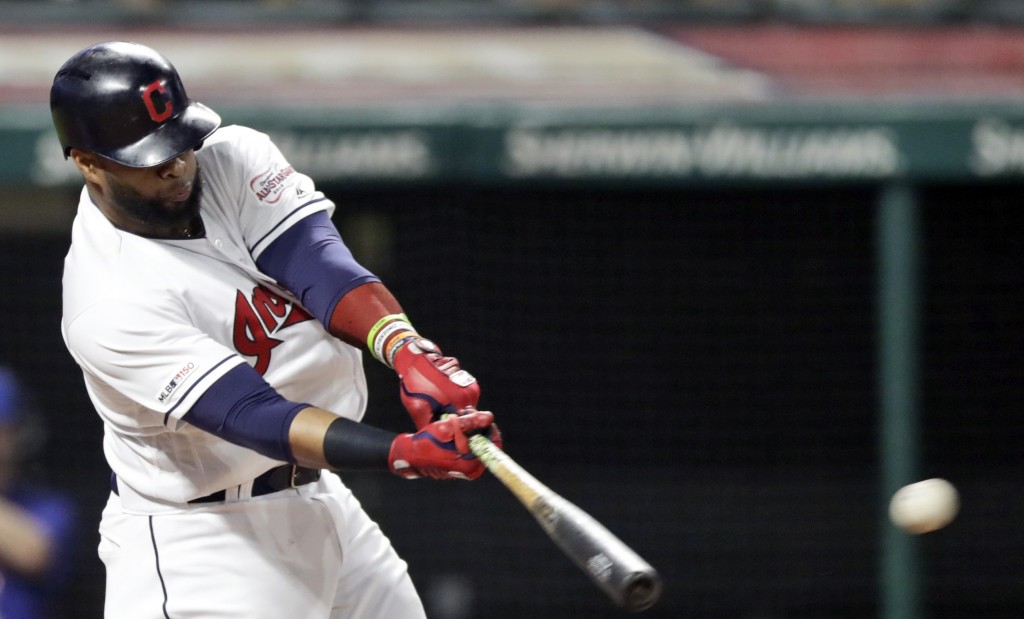 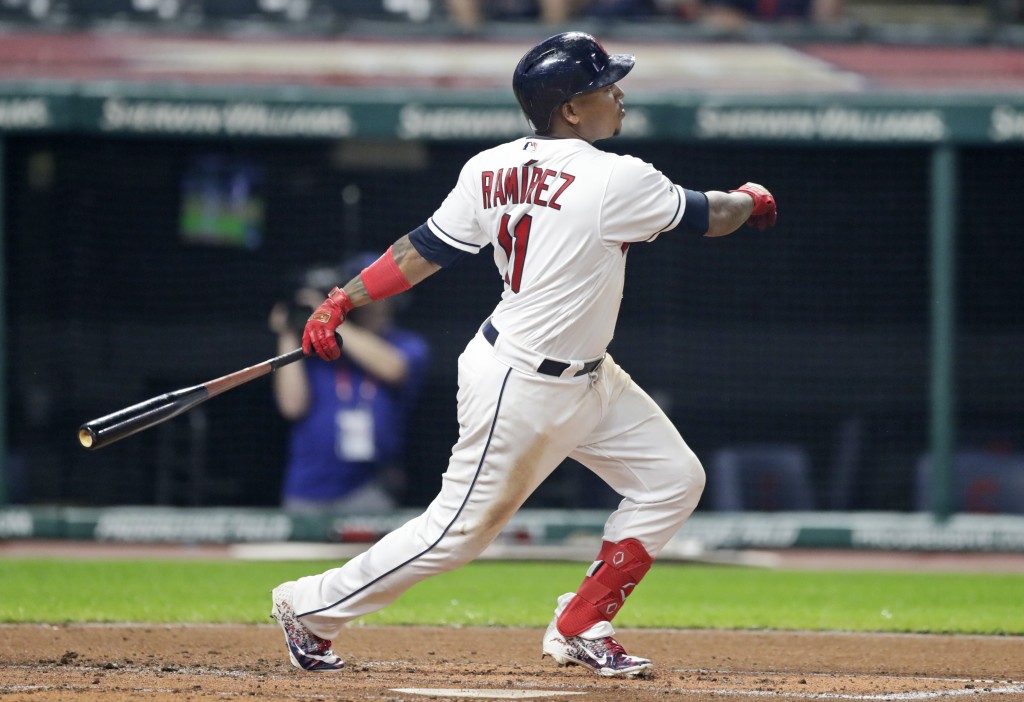 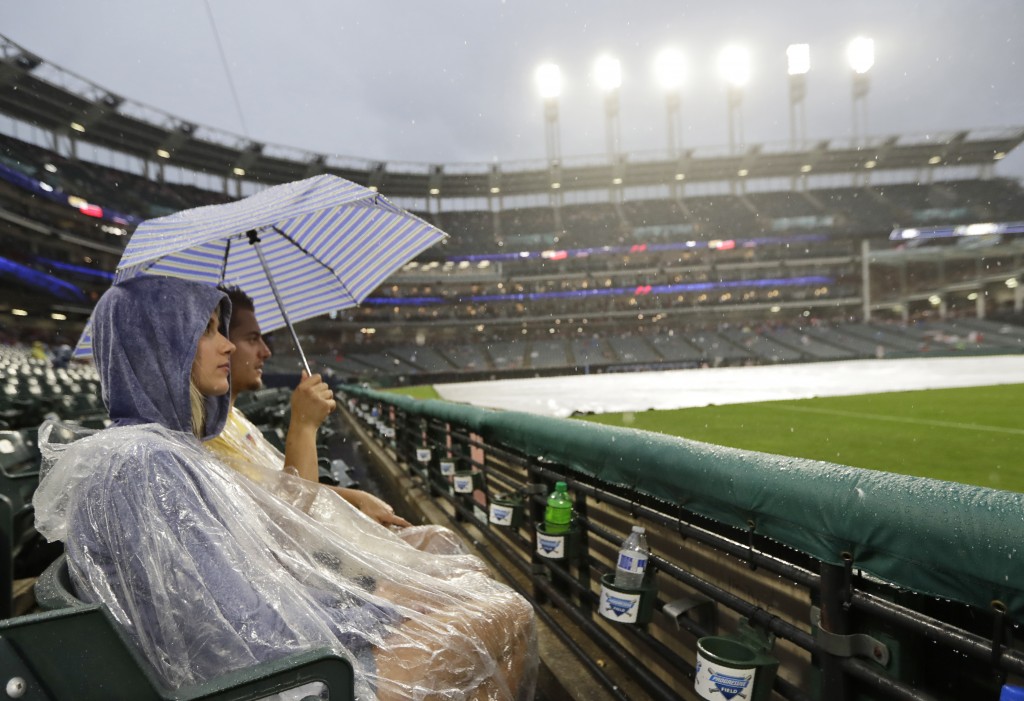 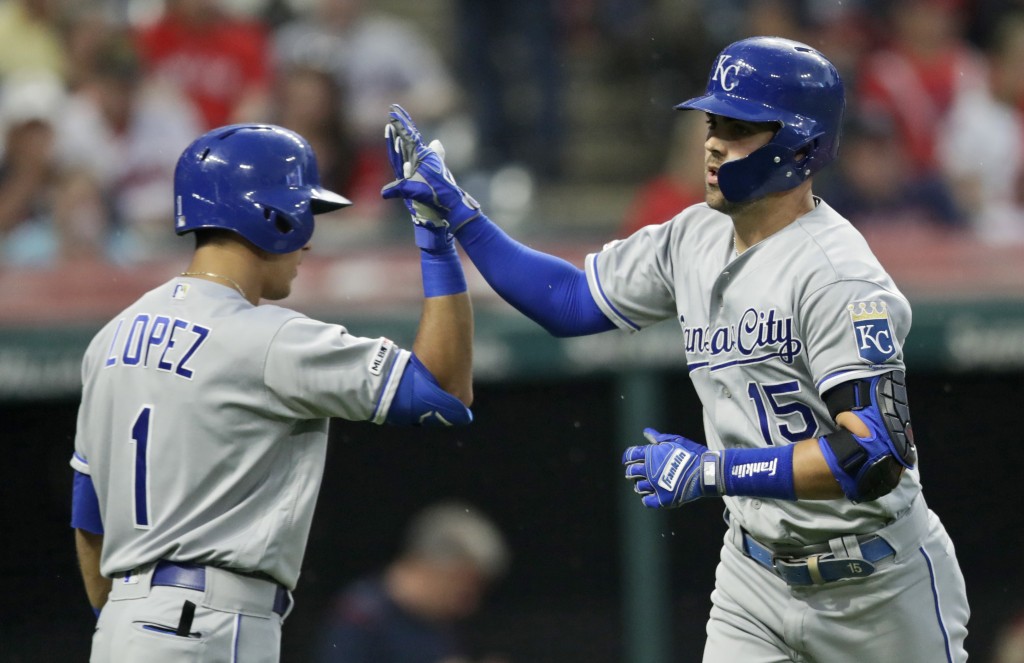 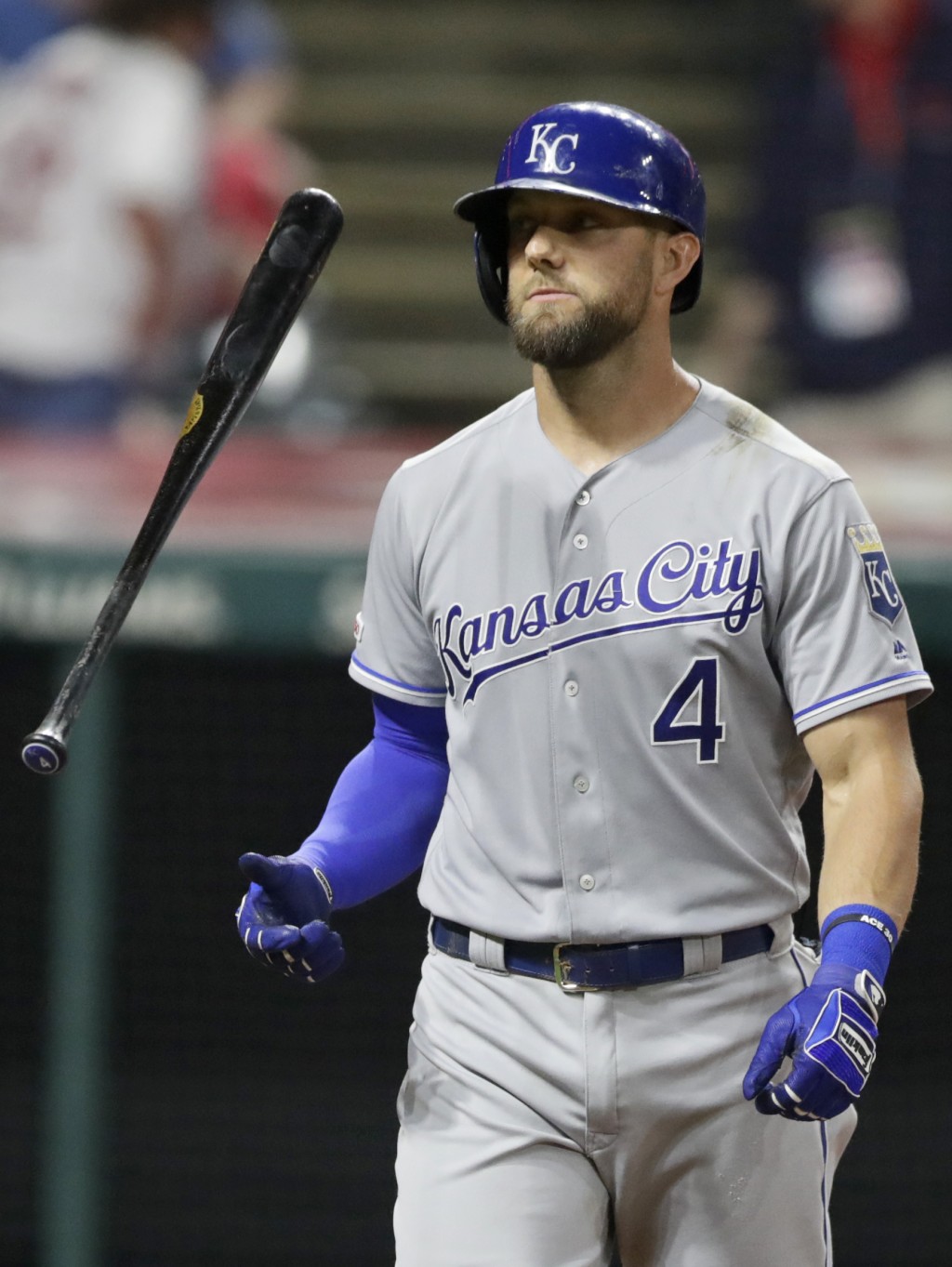 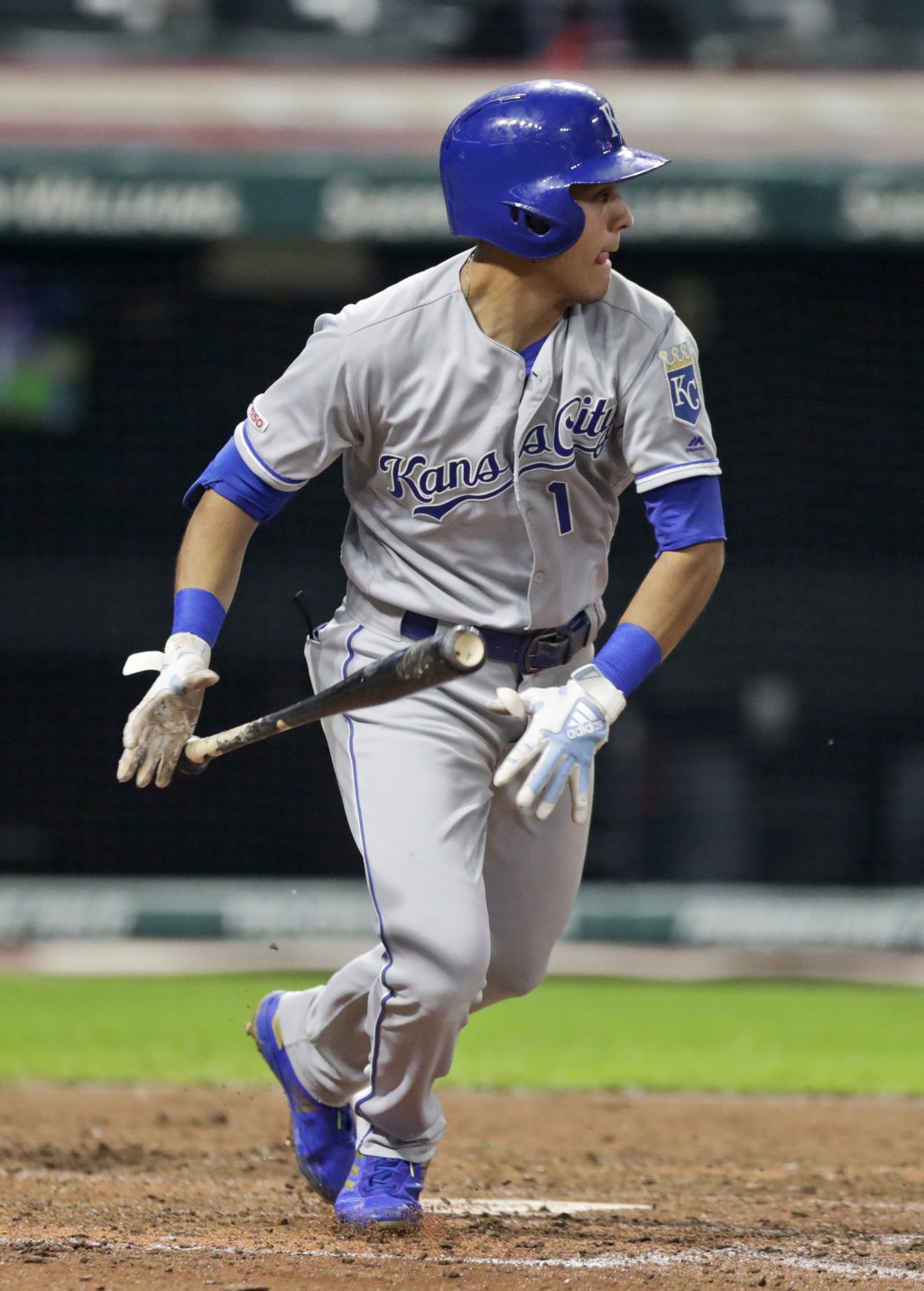 CLEVELAND (AP) — Jason Kipnis homered leading off the 10th inning as the Cleveland Indians continued their impressive June with a 3-2 win over the Kansas City Royals on Monday night in a game delayed 2 hours, 23 minutes by rain.

Kipnis connected on a 1-0 pitch from Wily Peralta (2-4), driving it into the right-field seats for his sixth homer. As the ball sailed into the stands, Kipnis dropped his bat, circled the bases and made a nifty spin move as neared the plate to avoid being splashed by teammate Francisco Lindor, who tried to soak him with a Gatorade cooler.

Kipnis has been a big part of Cleveland's early-summer surge. He's batting .471 with four homers and 14 RBIs in his past nine games.

Brad Hand (4-2) worked a perfect 10th as Indians manager Terry Francona was forced to use six pitchers because of the weather.

Indians rookie slugger Bobby Bradley, who delivered an RBI double in his first major league at-bat after being recalled from Triple-A Columbus on Sunday, put the Indians up in the sixth with a run-scoring double.

Whit Merrifield homered for the Royals, who sit at the bottom of the AL Central.

With the score tied 1-1 in sixth, Jose Ramirez walked with two outs before Bradley hit a liner that split center fielder Billy Hamilton and right fielder Merrifield, who cut the ball off with a soggy, sliding stop near the warning track.

But Kansas City's relay was not in time to get Ramirez, and Bradley, who was leading the International League in homers, celebrated at second by raising his arms and motioning toward his teammates in the dugout.

Blanked for three innings before the rain stoppage by Royals starter Brad Keller, the Indians tied it 1-all shortly after play resumed on back-to-back doubles by Santana and Ramirez, who is again showing signs of emerging from a baffling batting slump.

Indians starter Adam Plutko didn't give up a hit until the fourth, when Whit Merrifield led off with his 11th homer, a shot to left that barely crept over the 19-foot-high wall. Plutko got through the rest of the inning unscathed before the rain intensified and caused the lengthy delay.

Royals: 2B Adalberto Mondesi (right groin strain) is expected to come off the 10-day injured list when eligible on June 29. He was put on the shelf following Kansas City's June 18 game in Seattle.

Indians: OF Jake Bauers rolled his left ankle shagging flies during pregame batting practice and was scratched 90 minutes before the first pitch. Bauers took pregame swings in the cage, but the Indians decided to rest him. ... RHP Mike Clevinger will throw a "full-fledged bullpen" Tuesday, a final hurdle before he's activated from the injured list with a sprained ankle. Clevinger is scheduled to start Friday at Baltimore.

Royals: RHP Glenn Sparkman (2-3, 3.62 ERA) allowed one run — a homer — and tossed a career-high seven innings in his previous start against Minnesota.