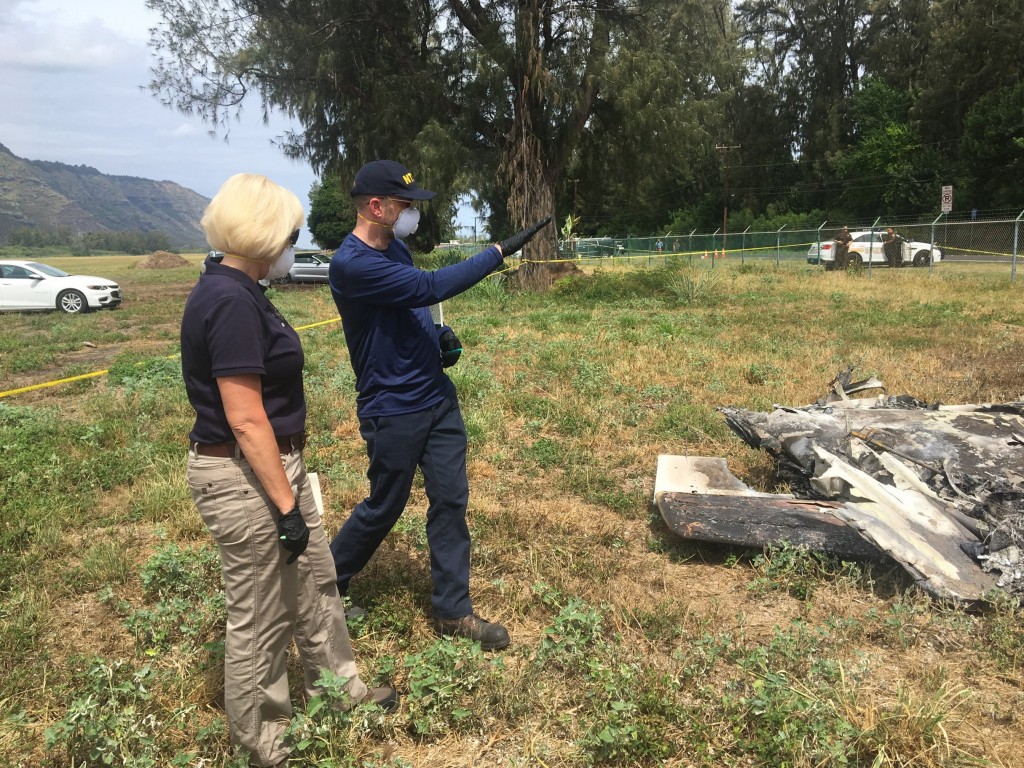 HONOLULU (AP) — A man who was involved in a terrifying 2016 skydiving accident on the same plane that crashed and killed 11 people in Hawaii on Friday says he wishes he could have done more to prevent the tragedy.

"Frankly I was just upset. I was extremely upset," Achal Asawa, 29, an experienced skydiver from the San Francisco Bay area, told The Associated Press on Monday. "The first thing that came to my mind was could there have been anything else I could have done back then to prevent this from happening in Hawaii."

Asawa was aboard the same plane three years ago when it stalled and went into a spinning nosedive. He and several other skydivers were able to open the door and jump to safety.

Asawa said skydiving is generally safe, but participants need to be able to trust the aircrafts they fly in.

"When any skydiver is getting on a plane we are assuming that the plane is going to function as it is expected to," Asawa said. "That assumption is based on the trust we place on the government and whoever is responsible for making sure that these planes are functioning."

He hopes that the accident he was involved in three years ago has nothing to do with Friday's crash, but thinks regulators, inspectors and operators may need to do more to ensure safety.

"Whatever is required to make sure that trust does not break," he said.

The National Transportation Safety Board on Monday called on the Federal Aviation Administration to tighten its regulations governing parachute operations after the Hawaii crash.

The NTSB recommended to the FAA more than a decade ago that it strengthen its rules on pilot training, aircraft maintenance and inspection, and FAA oversight, board member Jennifer Homendy told a news conference in Honolulu.

She said the FAA hasn't acted on those recommendations.

"Are we trying to put the FAA on notice for this? Yes," Homendy said. "We identified several safety concerns in 2008 with respect to parachute jump operations. Accidents continue to happen. There have been fatalities since that time."

FAA spokesman Ian Gregor said in a statement that safety is the agency's top priority.

"The FAA takes NTSB recommendations very seriously, and implemented a number of changes to address recommendations the NTSB made about parachuting operations," the statement said.

Of the 2016 accident, Asawa said nothing was out of the ordinary until the plane made an abnormally slow, steep turn and went into a spinning nosedive.

The plane stalled three times and spun repeatedly as skydivers on board struggled to jump out. The force created by the rotation of the plane pinned them down, Asawa said.

"All I wanted to do was raise my hands up," he recalled. "The forces were so strong that I didn't have the amount of strength required to just raise my hands."

He said everyone around him was trying to save themselves. Asawa took video of the accident that shows the plane spinning and nosediving toward the ground after he and other skydivers bailed out.

As he made his descent, a piece of debris from the plane can be seen slicing through the air beneath him.

The National Transportation Safety Board blamed pilot error in that accident. Its investigation said the plane lost a piece of horizontal stabilizer and its elevator broke off. Investigators also concluded the plane was too heavily weighted toward the back, which was also blamed on the pilot.

The pilot managed to land the plane safely after everyone else escaped. The aircraft was then repaired before being sent to Oahu and flown again.

Since the accident, Asawa had only seen the plane in photos posted by skydiving buddies online.

"I saw pictures of some of my friends who went to Hawaii and took a picture with the plane," Asawa said.

"I was under the impression that the plane is 100% fixed," he said. "Until this incident happened."

When the plane crashed on Friday, it became the deadliest civil aviation accident in the United States since a 2011.

Seven of the 11 victims from Friday's crash have been identified by city officials. There were 10 men and one woman aboard the plane, which was operated by Oahu Parachute Center on the island's North Shore.