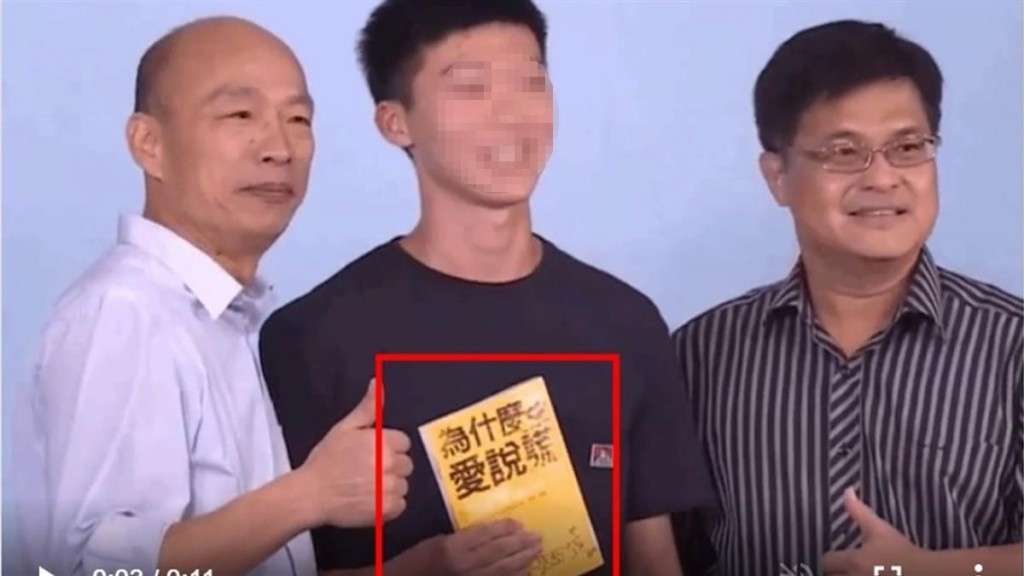 On Monday (June 24), the Kaohsiung Senior High School student posed with Han and school principal Hsieh Wen-pin (謝文斌). When the student stepped on the stage, he suddenly held up a book titled "Why I love to lie" (為什麼愛說謊) and made a wide grin.

In a video of the incident, Hsieh can be seen curiously looking at the cover, pausing for a beat, and then smiling. Hsieh told the media afterward that it was not prearranged and that he respected the student's right to express himself. Later on Facebook, Hsieh wrote that "Kaohsiung Senior High School has freedom, democracy, and pluralism, and it is good to look at everything with a sense of balance." His post soon received 4,000 likes and received words of praise from netizens, such as "wise principal," "avante-garde principal," and "I'm proud of my alma mater."

Han responded to the incident by saying that out of 700 students, the "internet army" focused on the one with a book, while "the 699 others hugged me and cheered me on, why not mention them?" reported Liberty Times.

Since the incident, sales for the book have skyrocketed and the publisher Morning Star (晨星出版) posted a message on Facebook saying, "Sorry, the book has sold out!" "Really, it has sold out. We're not lying." The publisher then posted an update saying that an advanced version of "Why I Love to Lie" titled "The Psychology of Lying" will be available in July.

Last week on June 19, a junior high school student boldly told Han that his presidential run was "too ridiculous" and asked him to "please wake up." On June 21, a female student rubbed Han's head, but the pupil claimed that she only did so on a dare and that she is, in fact, a "Han hater" (韓黑). Han pushing student away who called his presidential run "too ridiculous." (Still from video)