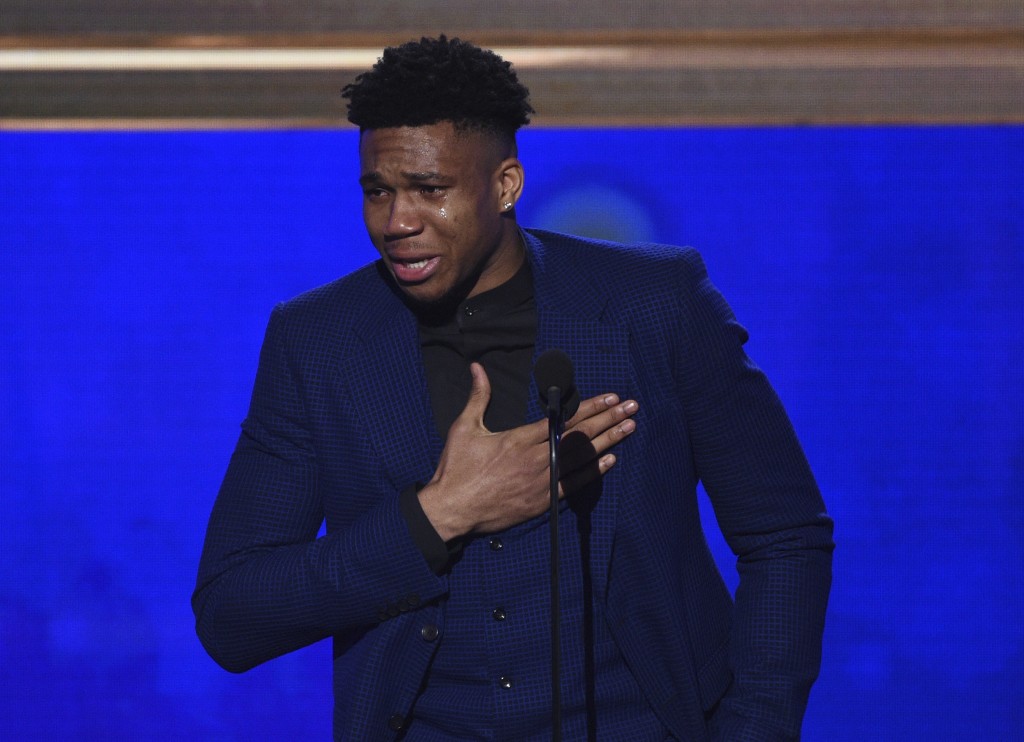 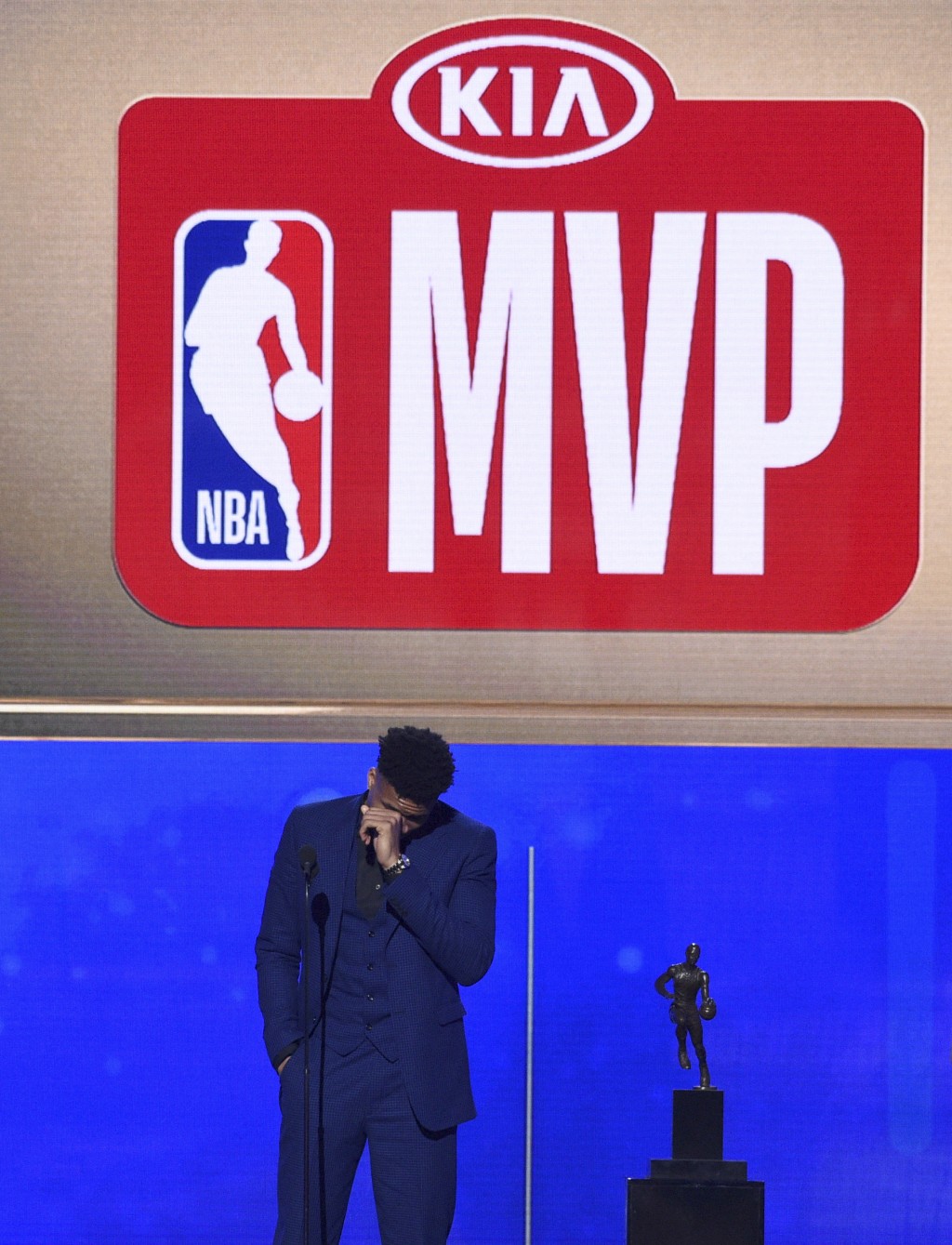 They won big at the NBA Awards.

A tearful Giannis Antetokounmpo earned Most Valuable Player honors and Mike Budenholzer won Coach of the Year on Monday night in Santa Monica.

Antetokounmpo, a 24-year-old forward from Greece, beat out Paul George of Oklahoma City and James Harden of Houston, who won last year.

Antetokounmpo averaged 27.7 points and 12.5 rebounds while earning All-NBA first-team honors this season, his sixth with the Bucks. He led the franchise to the best record in the regular season and the Bucks reached the Eastern Conference finals.

Tears rolled down his cheeks as Antetokounmpo thanked his mother and brothers who were in the audience at Barker Hanger. He credited his late father for pushing him toward his goals and credited his teammates and coaching staff for their help.

Budenholzer also got choked up while thanking his family after his second coaching honor. He earned the trophy for the first time with Atlanta in 2015.

He guided the Bucks to a 60-22 record in the regular season in his first year with the franchise, leading them to the Eastern Conference finals, where they lost to eventual NBA champion Toronto.

He beat out Denver's Mike Malone and Doc Rivers of the Los Angeles Clippers.