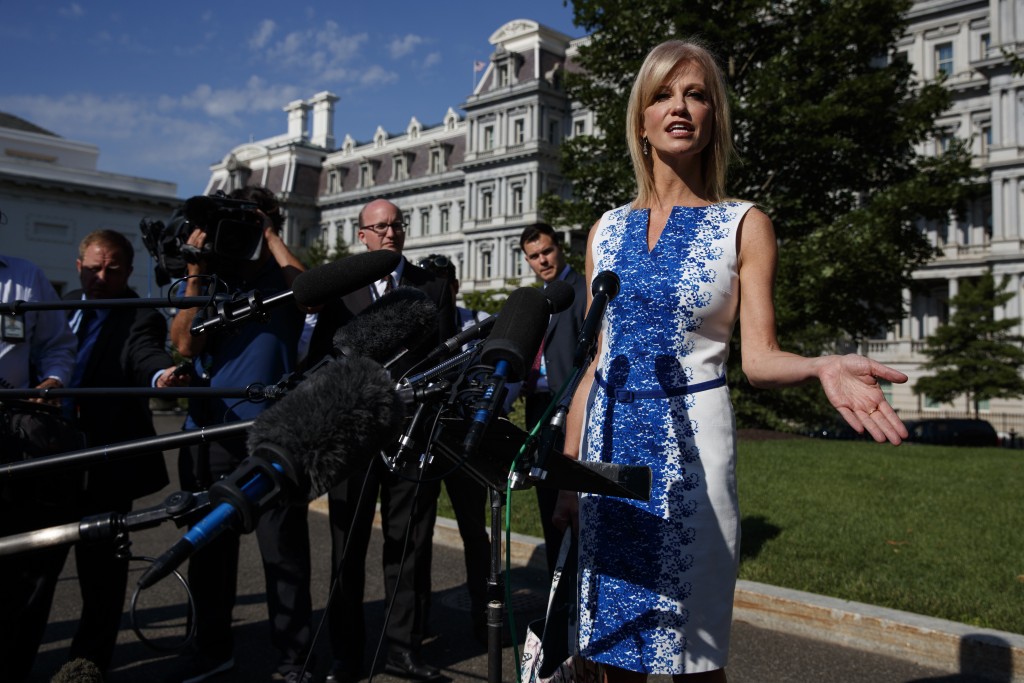 WASHINGTON (AP) — The White House says presidential counselor Kellyanne Conway will not appear before a House committee looking into allegations that she repeatedly violated a federal law that limits political activity by government workers.

White House lawyer Pat Cipolline says in a letter to the House Oversight Committee Monday that the White House "respectfully" declines the panel's invitation for Conway to appear at a hearing Wednesday.

The U.S. Office of Special Counsel, which is unrelated to special counsel Robert Mueller's office, says Conway has been a "repeat offender" of the Hatch Act by disparaging Democratic presidential candidates while speaking in her official capacity during television interviews and on social media.

Federal law prohibits employees of the executive branch from using their official authority or influence to affect the result of an election.