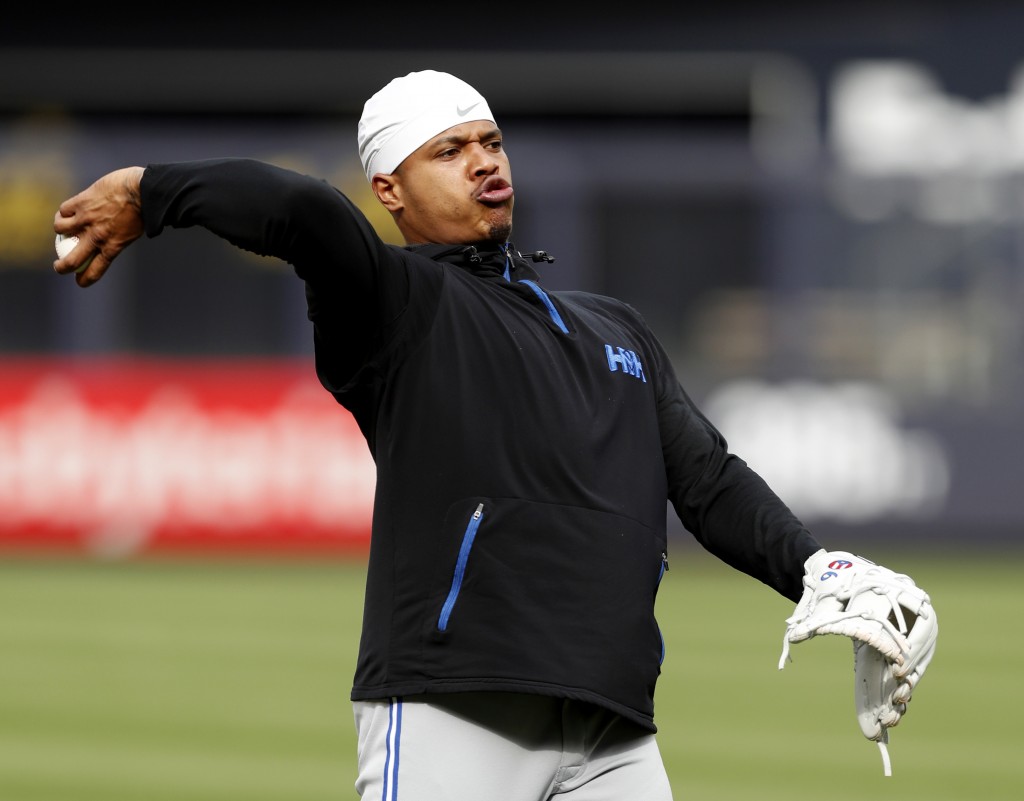 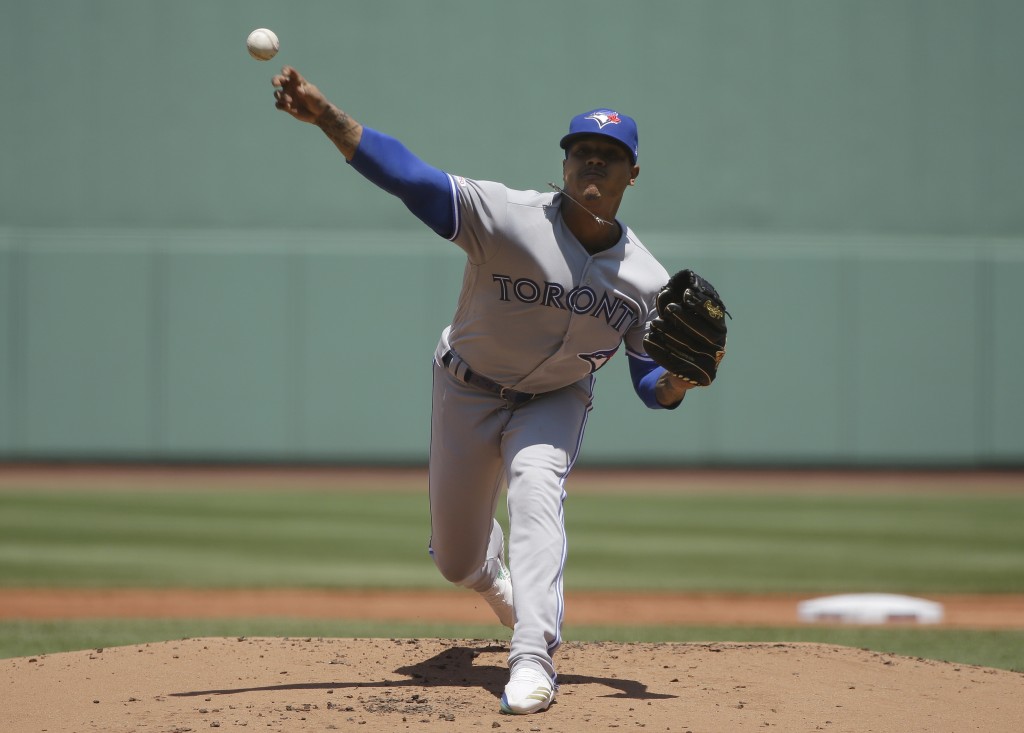 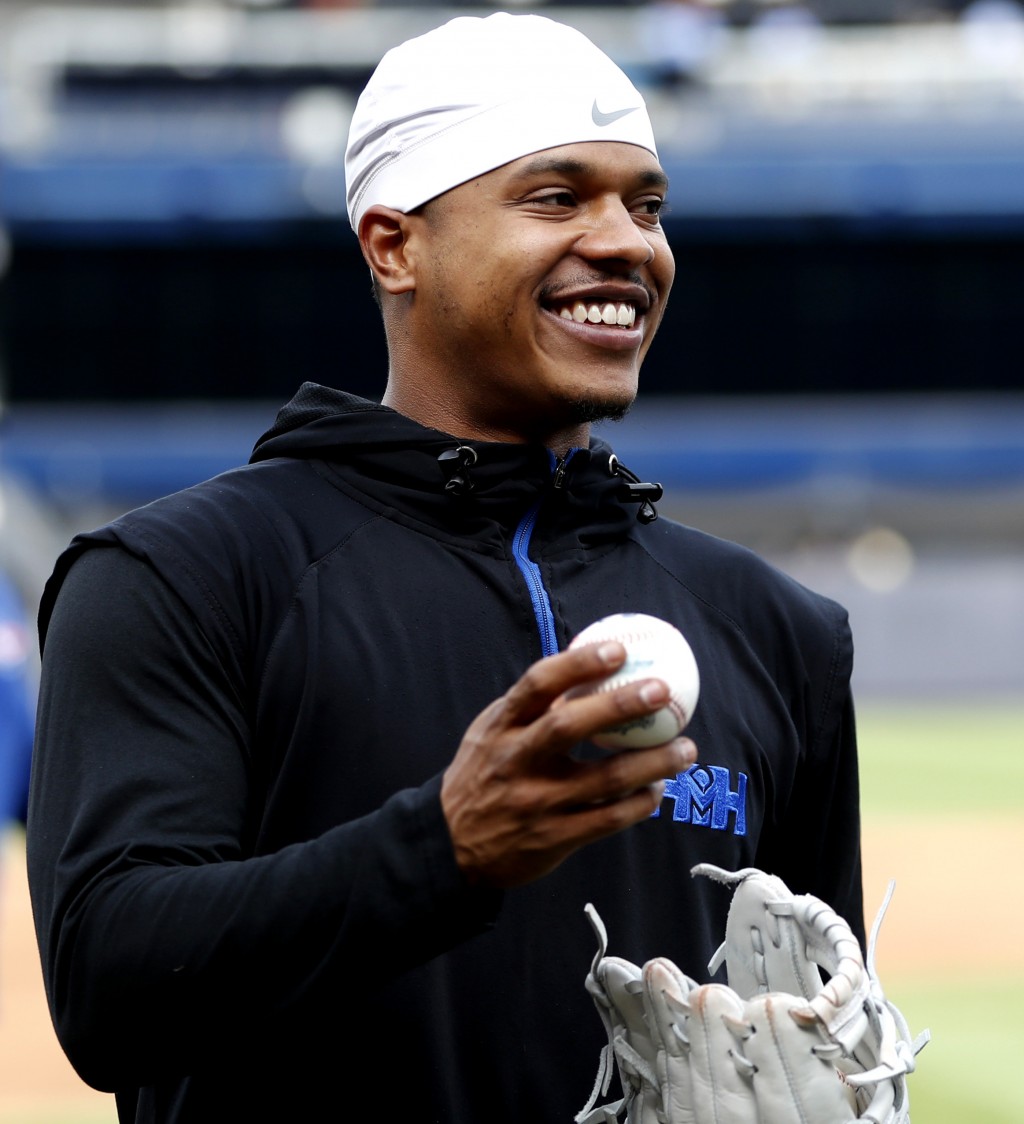 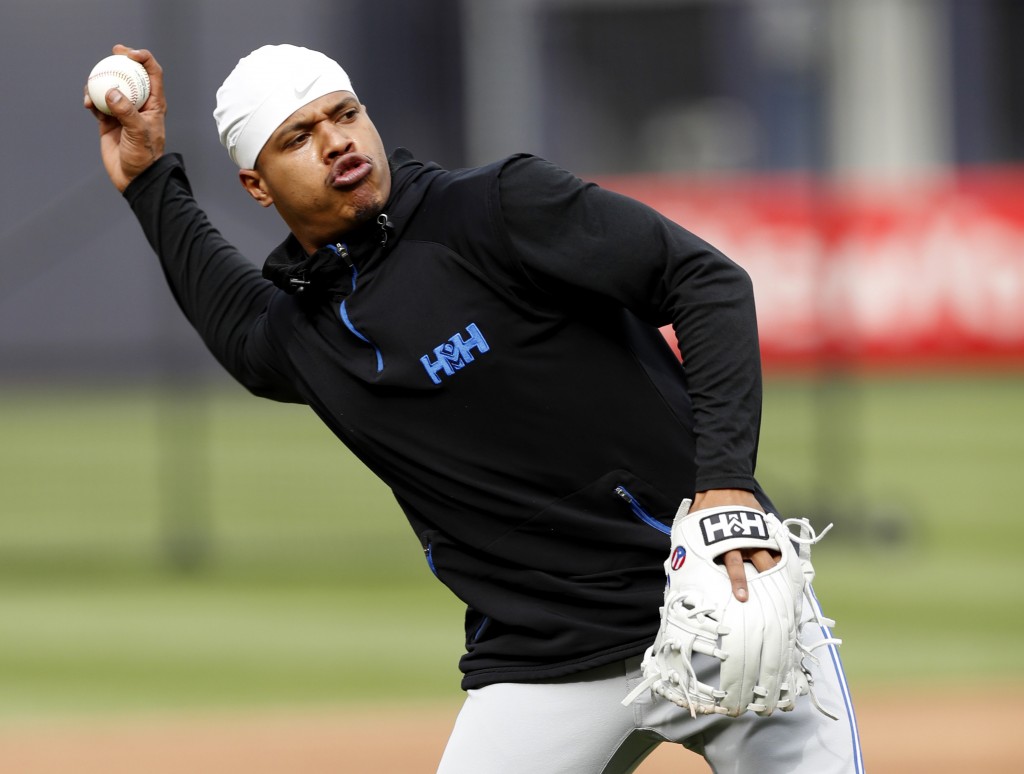 NEW YORK (AP) — Blue Jays right-hander Marcus Stroman likes pitching in the Bronx, and he'd love it even more if he wasn't facing the Bombers.

Asked Monday at Yankee Stadium about trade speculation connecting him and New York, Stroman stopped short of saying he was hopeful for a deal but insisted he could handle the city's notoriously tough stage.

"I love it, New York's like the Mecca of the world," Stroman said. "I love excitement. I love bright lights. I love competition. I love pressure.

"I've always loved pitching here, even though I haven't always pitched fairly well here, I've always enjoyed it. Yankee lineups are brutal. They're hard to kind of navigate. But yeah, I love the spotlight. The bigger the moment, that's where I've always wanted to be," he said.

The 28-year-old Stroman is from Long Island and still has family in the area. He was expecting about 40 family and friends for Monday night's series opener between Toronto and New York, including his brother's youth baseball team, which came early to watch batting practice. Stroman pitched six scoreless innings against the Red Sox at Fenway Park on Sunday and won't throw during this three-game series.

With the AL East-leading Yankees on the prowl for starting pitching before the July 31 trade deadline, Stroman is a sensible target. He's set to become a free agent after this season and is off to a strong start with a 3.04 ERA. He's just 5-9, but that reflects more on the rebuilding Blue Jays, who came into the day at 31-47.

Stroman is 2-5 with a 6.37 ERA in nine career starts at Yankee Stadium.

The right-hander said the trade talks have been "hard to kind of grasp," but he's had time to let it set in.

"Obviously, it's hard to ignore all the rumors," he said. "I don't think I'm at a point where they're going to sign me long-term. I've kind of come to terms with it, but it's not something I'm thinking about daily."

Asked if he would prefer a trade to New York, Stroman laughed, said "no comment," then elaborated carefully.

"I don't know," he said. "I don't really want to think about it like that just because I have no idea how it's going to play out or where it's going to go. I don't want to get all my eggs in one basket."

He's certain he could handle the Bronx, though.

"I'm built for this," he said. "Anybody can say whatever, but I'm built for the bright lights and the moment. I'm not scared of it. I've never been. I'll take that ball each and every time you put pressure on. I love it."