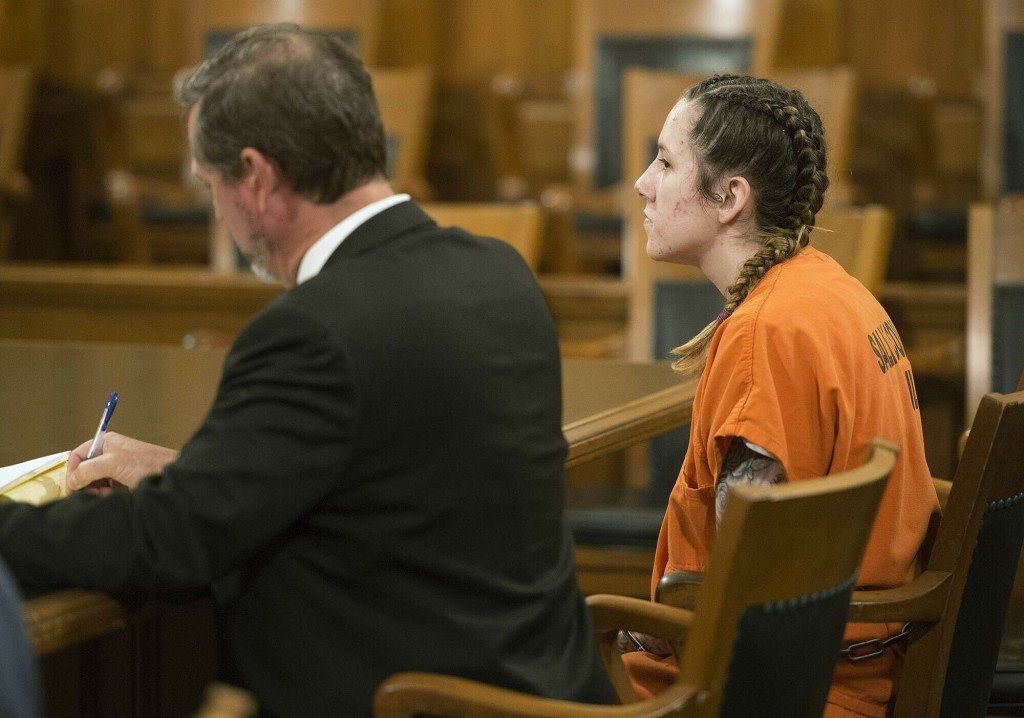 WILBER, Neb. (AP) — A man accused in the 2017 slaying of a Nebraska woman slashed his neck and fell from a wheelchair during his murder trial.

Fifty-two-year-old Aubrey Trail yelled "Bailey is innocent, and I curse you all" Monday before swiping something across his neck in the courtroom in Wilber, 35 miles (56 kilometers) southwest of Lincoln. Deputies rushed to help as Trail lay bleeding on the floor.

It is unclear how badly Trail is injured, but the judge ordered the jury to return Tuesday morning. Authorities say he's had a stroke and two heart attacks since his arrest.

Saline County District Judge Vicky Johnson said Trail will be handcuffed for the remainder of the trial.

Trail and 25-year-old Bailey Boswell are charged with first-degree murder in the killing and dismemberment of 24-year-old Sydney Loofe.

Prosecutors say the pair planned Loofe's abduction and killing . Trail's attorney says her death was an accident during a consensual sex fantasy.