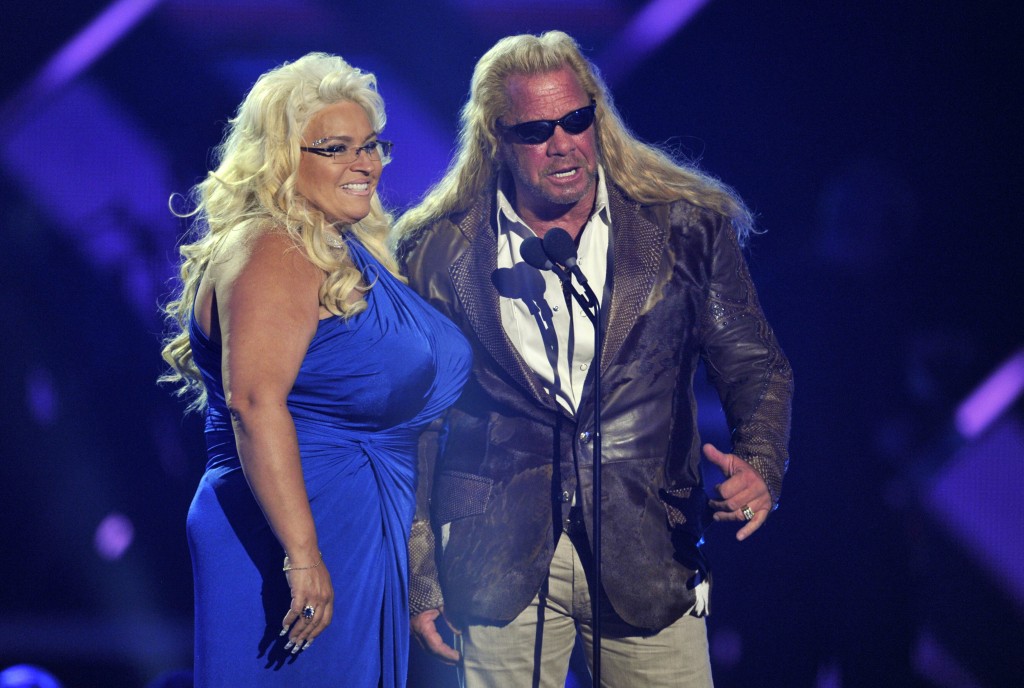 HONOLULU (AP) — The wife of "Dog the Bounty Hunter" reality TV star Duane "Dog" Chapman remains in a medically induced coma so that she can be treated without suffering pain.

Beth Chapman was diagnosed with throat cancer in 2017.

Spokeswoman Mona Wood-Sword says was declared cancer-free after a tumor was removed. But she was diagnosed with stage 4 lung cancer in November 2018.

Wood-Sword says Chapman was hospitalized in Honolulu Friday after having difficulty breathing and passing out.

Doctors put her in a coma to spare her from pain during treatment.

Wood-Sword says the family is hopeful she will get better. She's expecting an update Monday on Chapman's condition.

A&E series "Dog the Bounty Hunter" was canceled in 2012. The Chapmans, who live in Honolulu, later starred in other similar reality shows.