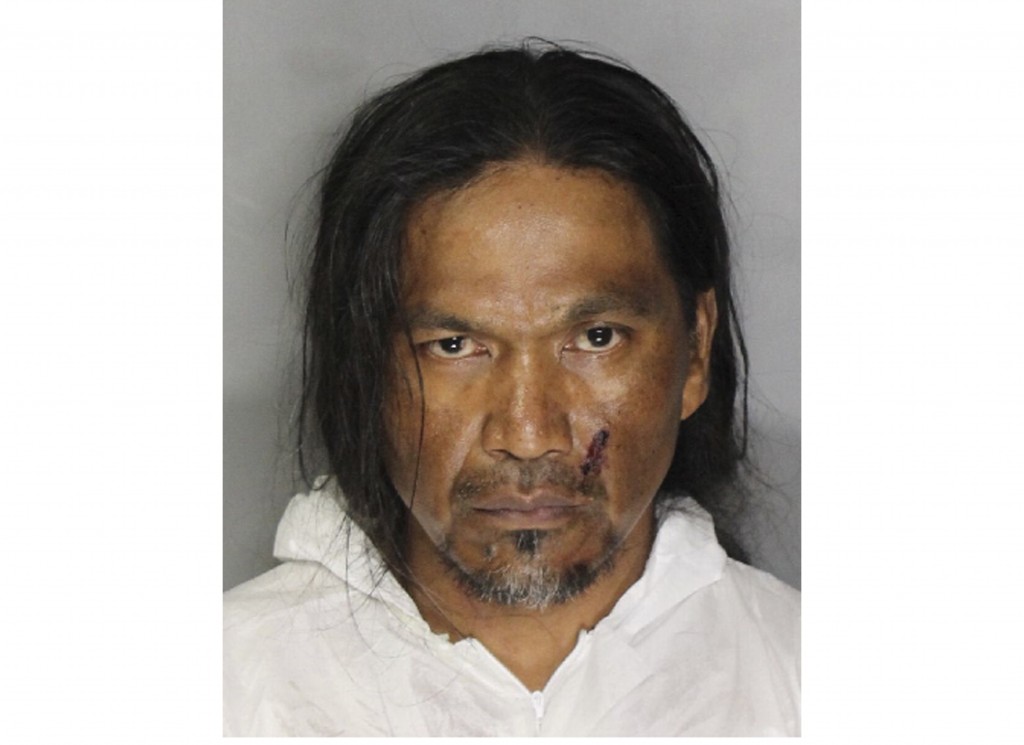 SACRAMENTO, Calif. (AP) — The Latest on the killing of a Sacramento police officer (all times local):

A California man charged in the killing a rookie Sacramento police officer made his first court appearance wearing a gauze pad covering what officials say was a self-inflicted injury.

Adel Ramos was appointed a public defender during Monday's five-minute hearing. He spoke only to acknowledge his name and did not enter a plea.

.Jail officials say Ramos is being watched around the clock in a barren cell after smacking his head Sunday against his bunk frame.

The 45-year-old Ramos faces a murder charge that could bring him the death penalty in the killing of 26-year-old Officer Tara O'Sullivan.

Authorities say a man charged with killing a California police officer is under an around-the-clock psychiatric watch after officials say he injured himself in his cell.

Sacramento County Sheriff's Sgt. Tess Deterding said Monday that 45-year-old Adel Sambrano Ramos smashed his head against a bed frame Sunday morning. He was treated at a hospital but returned to the jail 12 hours later.

Prosecutors still expect him to have his first court appearance Monday afternoon.

He faces a murder charge that could bring him the death penalty in last Wednesday's killing of rookie Sacramento police Officer Tara O'Sullivan. He's also charged with attempting to murder her training officer.

The sergeant says deputies stopped Ramos from harming himself further. He's now in a barren cell in a psychiatric wing of the jail.