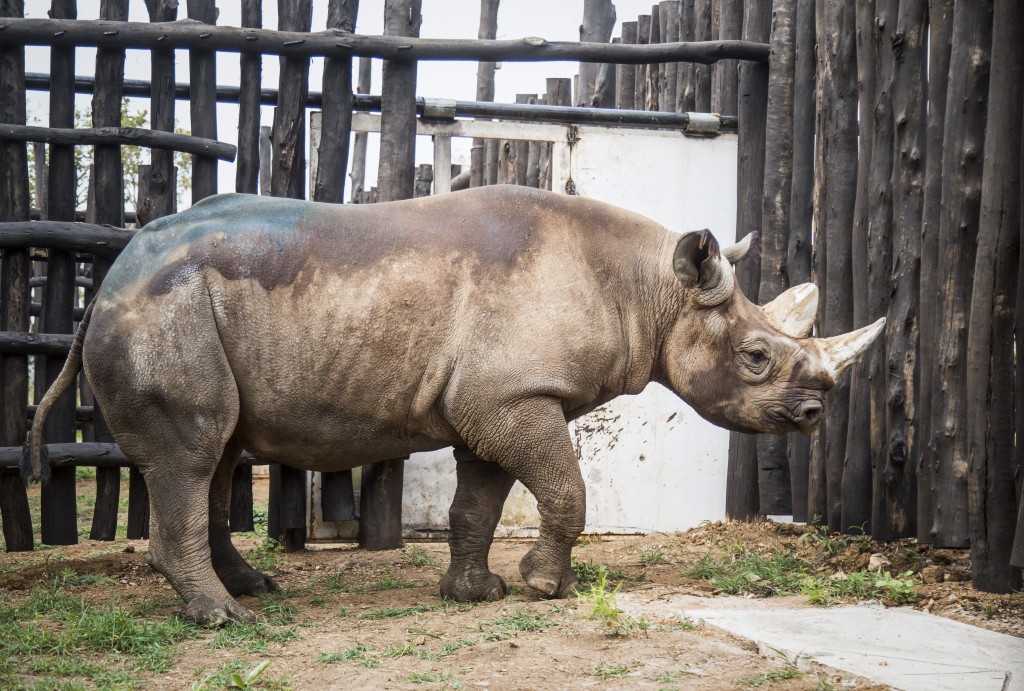 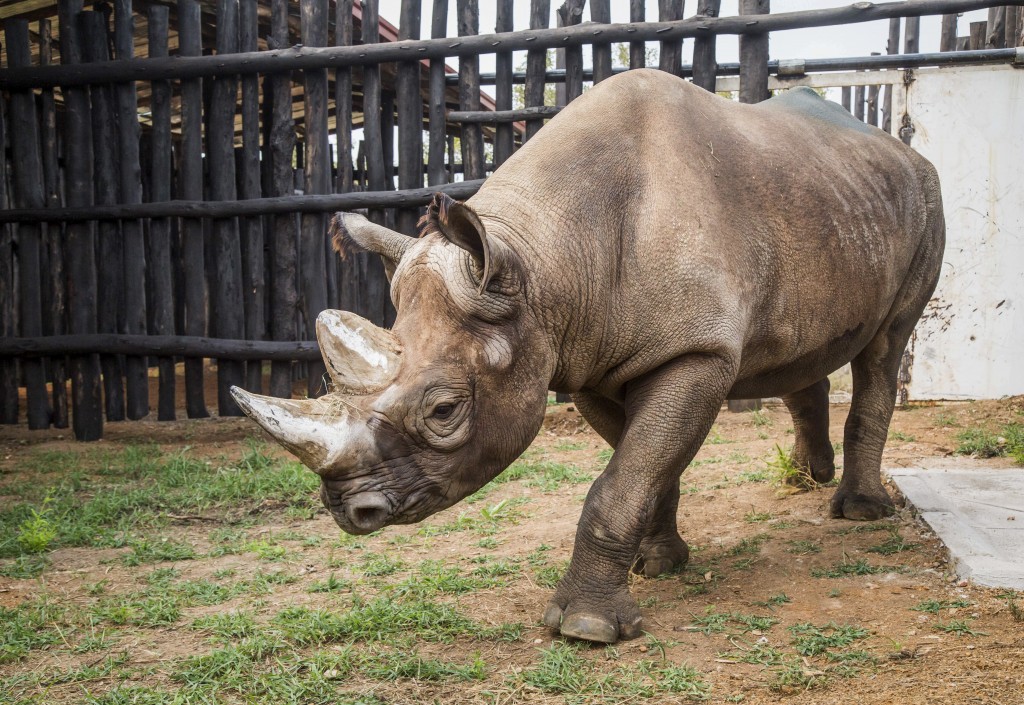 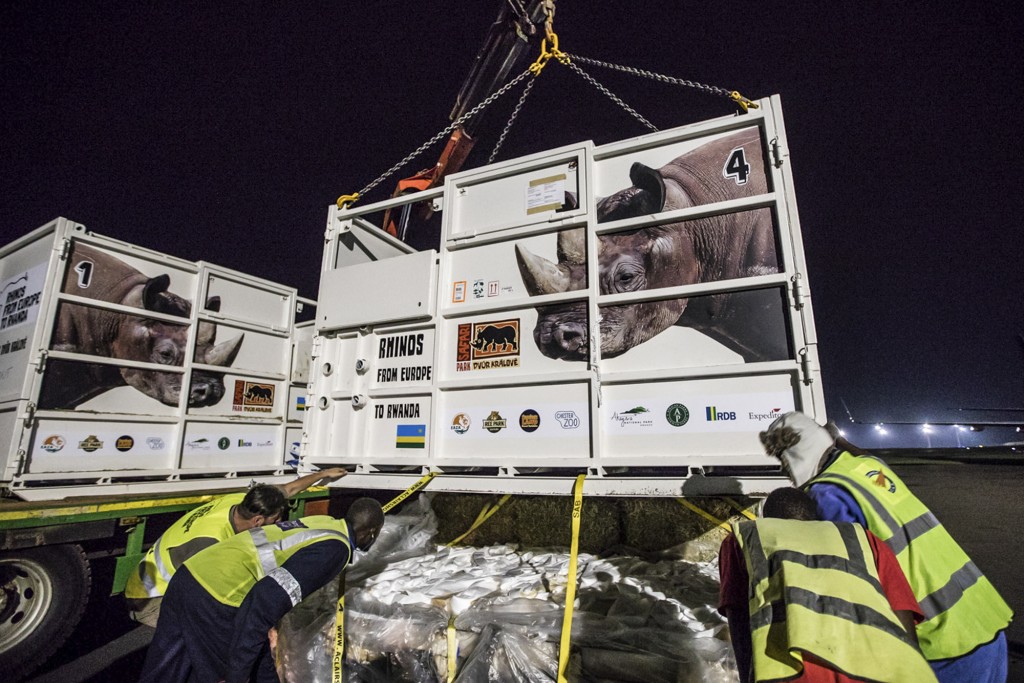 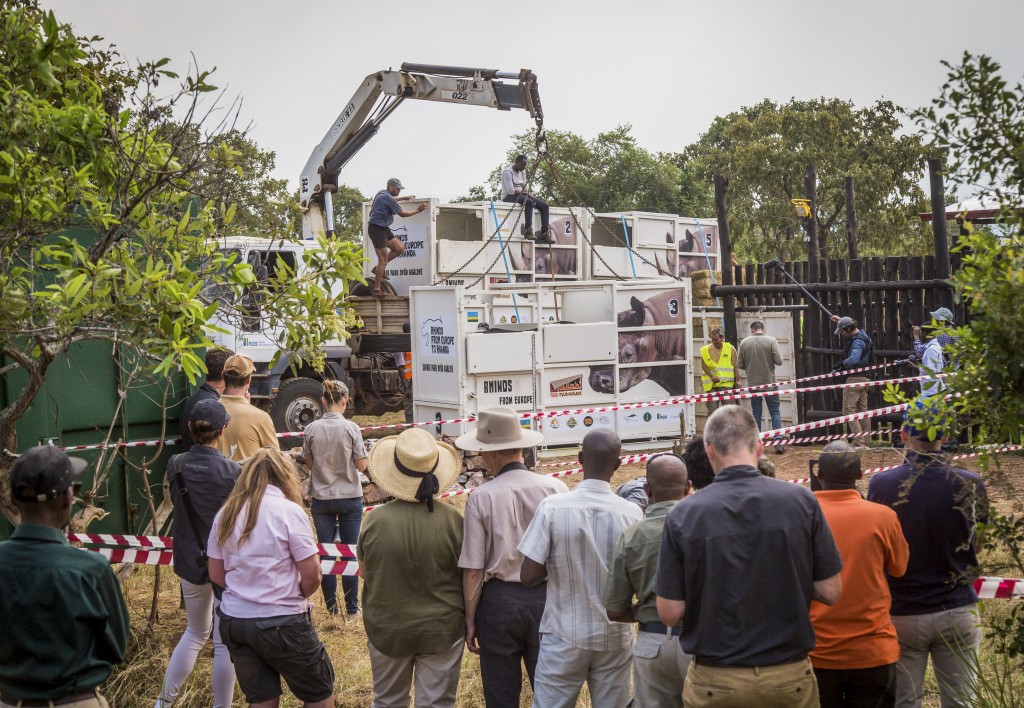 Two male and three female eastern black rhinoceroses were released into protective enclosures and will eventually be introduced into open plains to increase the genetic diversity of the park's rhino population, said officials.

The eastern black rhino is in critical danger of extinction with about 1,000 remaining in the wild, according to the International Union for Conservation of Nature.

The five rhinos from European zoos and safari parks will bring to 20 the number of eastern black rhinos in Akagera Park after a number of the rhinos were delivered from South Africa in 2017.

More than 50 black rhinos once lived in Akagera's savannah habitat, which is considered excellent for black rhinos, but their numbers declined due to wide-scale poaching and the last confirmed sighting of a rhino was in 2007.

"The newly translocated rhinos will bolster the founder group that we introduced in 2017, contributing to the reestablishment of a robust eastern black rhino population in Rwanda," said Jes Gruner, manager of Akagera Park. "This unique achievement represents the culmination of an unprecedented international effort to improve the survival prospects of a critically endangered rhino subspecies in the wild. Their arrival also marks an important step in Akagera's ongoing revitalization, and one that underscores the country's commitment to conservation."

Clare Akamanzi, CEO of the Rwanda Development Board, said the eastern black rhinos are "crucial to wildlife conservation and biodiversity protection efforts, both in Rwanda and across Africa."

Africa's rhinos remain under intense pressure from poachers who kill them to meet demand for their horns in illegal markets, primarily in Vietnam and China.

Under the management of the African Parks group, Akagera has rebuilt its wildlife populations. In July 2015, Rwanda reintroduced lions to Akagera, 15 years after they had disappeared.

Rwanda is actively promoting tourism as part of its recovery from the genocide 25 years ago, in which some 800,000 Tutsis and moderate Hutus were killed.

Tourism has become one of Rwanda's largest earners of foreign exchange and 1.3 million visitors came to the country in 2017, according to government statistics. Many come to encounter the rare mountain gorillas and Rwanda is increasing the ability for tourists to see other big game such as elephants, lions, leopards and buffaloes, as well as rhinos.

The five eastern black rhinos were came from the Safari Park Dvur Králové in the Czech Republic, Flamingo Land in Britain and Ree Park Safari in Denmark. The five began their journey from the Czech Republic on June 23 following months of preparation at Safari Park Dvur Králové. Precautions were taken to minimize stress and ensure their well-being throughout the translocation process. They were flown to Kigali before being transferred by truck to Akagera Park.