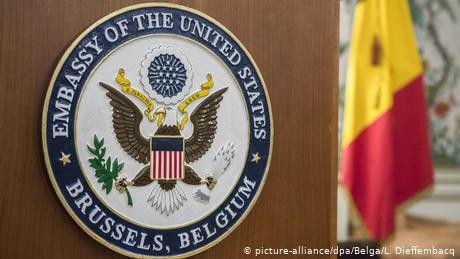 Belgian authorities arrested a man who is suspected of planning an attack on the United States Embassy in Brussels, prosecutors announced on Monday.

The Belgian man, who has only been identified by his initials "M.G.", was taken into custody following a string of threats.

He has been charged with an attempted terror attack and with "preparing a terrorist offense." The man denies any involvement in the alleged plot.

According to Belgian state broadcaster RTBF, the man had been under police surveillance and was recently seen acting suspiciously near the embassy.

Further details about the case were not immediately released.

Brussels, where the headquarters of the European Union and NATO are located, has been targeted by extremist attacks in the past.

In March 2016, bombings at the airport and on the subway killed 32 people and wounded hundreds of others. The militant "Islamic State" group claimed responsibility for the attacks.