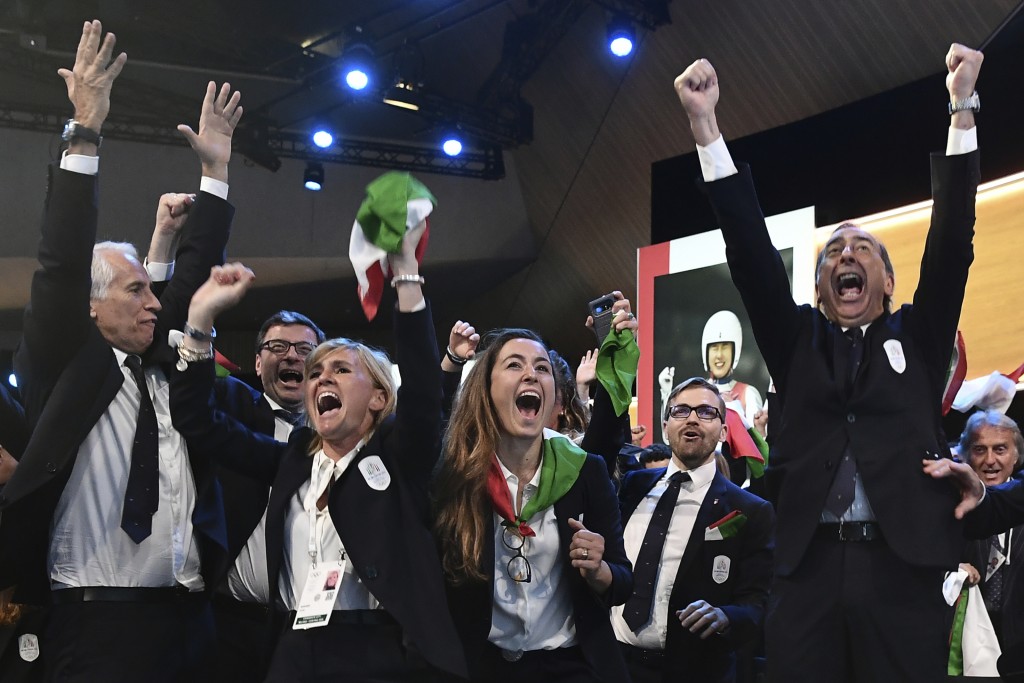 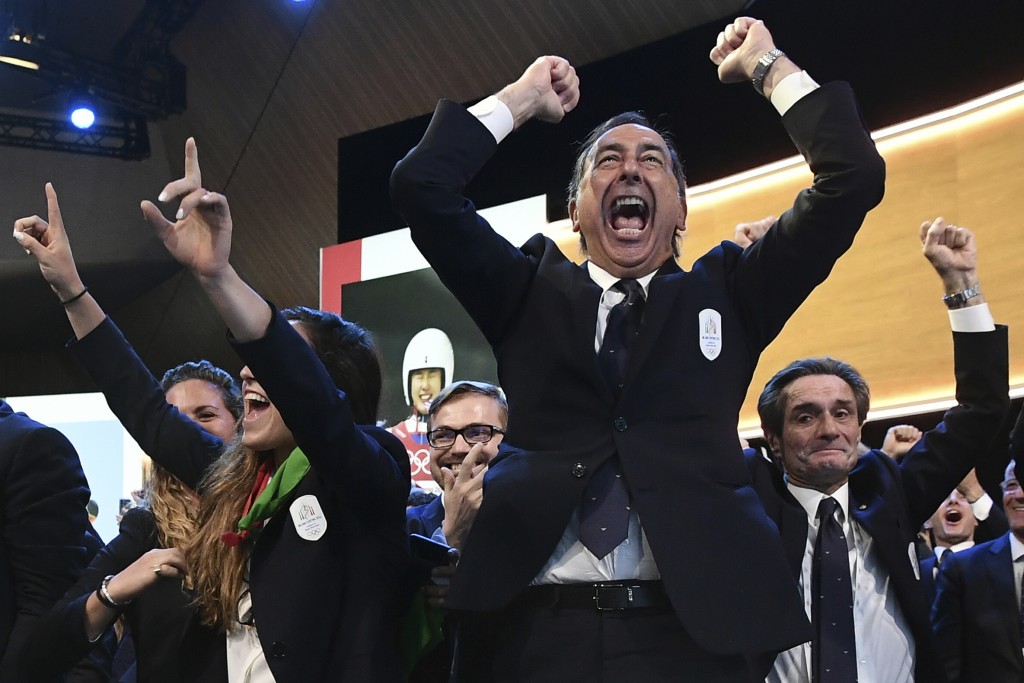 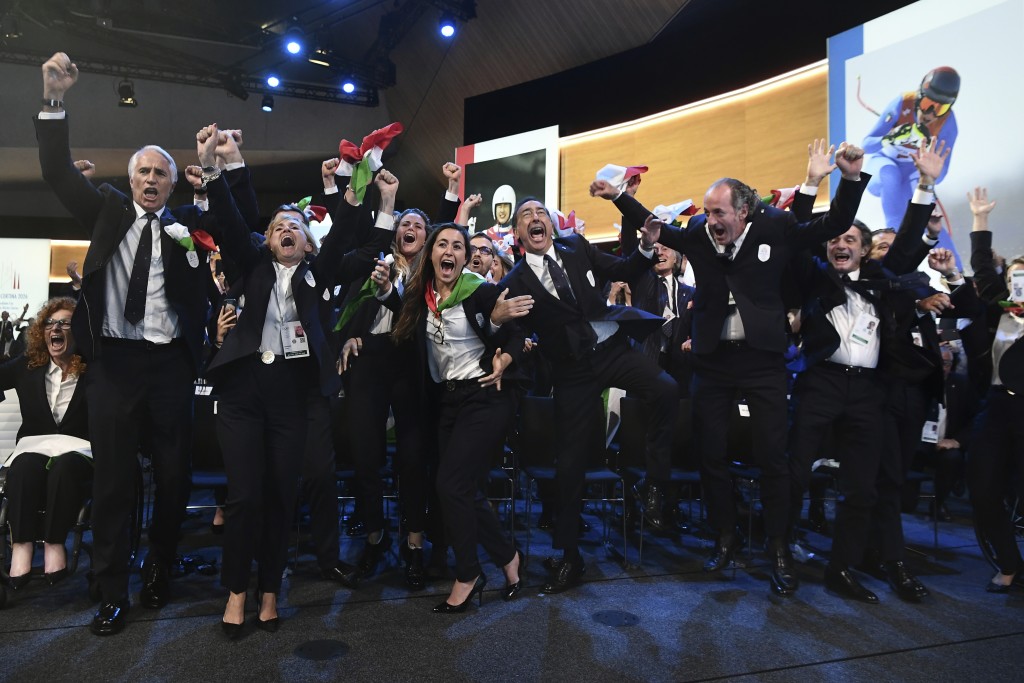 LAUSANNE, Switzerland (AP) — Italy's winning bid to host the 2026 Winter Olympics highlighted the growing gap between the north and the south of the country.

Milan and Cortina d'Ampezzo won the vote Monday to stage the Games as International Olympic Committee members voted 47-34 for the long-favored bid over Stockholm-Are from Sweden.

It is the third time an Olympic Games will be held in the north of Italy after Turin hosted in 2006 and Cortina staged in 1956 and comes shortly after two Rome bids for the Summer Games had to be scrapped.

Rome, which hosted the Olympics in 1960, was forced to end its bid for the 2024 Games because of staunch opposition from the city mayor. And in 2012, then-premier Mario Monti scrapped the city's candidacy for the 2020 edition because of financial concerns.

"Milan and Rome are so different," Milan mayor Giuseppe Sala said. "But the most important thing is that the basic structure of services are different: in terms of public transport, in terms of waste collection, in terms of medicine and so on."

The 2026 Games will be held in two of the wealthiest regions of Italy — and indeed Europe.

They serve as a contrast to Italy's underdeveloped south, where youth unemployment runs 50 percent or higher, and the jobless rate among all ages is nearly double that in the north.

While Rome is Italy's actual capital, Milan is the nation's business and financial capital as well as one of the world's leading fashion hubs.

Milan has grown significantly over the past decade and was further boosted by hosting the Expo World Fair in 2015.

Expos, which are held every five years, can last up to six months and cost millions of dollars to host, but can also help put a city on the global map by bringing in international visitors and attention — much like hosting an Olympics.

"We made a progress in the last 20 years which is impressive and we had the opportunity with Expo to test (the progress)," continued Sala, who was the man responsible for delivering the Expo.

"My hope is that we will see an improvement in Rome because we love Rome ... Milan is more solid at the end of the day."

An emotional Malago was close to tears at the winner's news conference.

The 60-year-old said it goes some way to easing the pain of the bid being scrapped in Rome — his home city.

"There is no personal sense of revenge but just the really great win of a Olympic commitee of which I have the honor to be president," Malago said. "I think in life you have to risk things, responsibly, and our courage was rewarded.

"The wound has closed completely but if you lift up the shirt you'll see the scar. The scar will always remain because Rome remains my city."