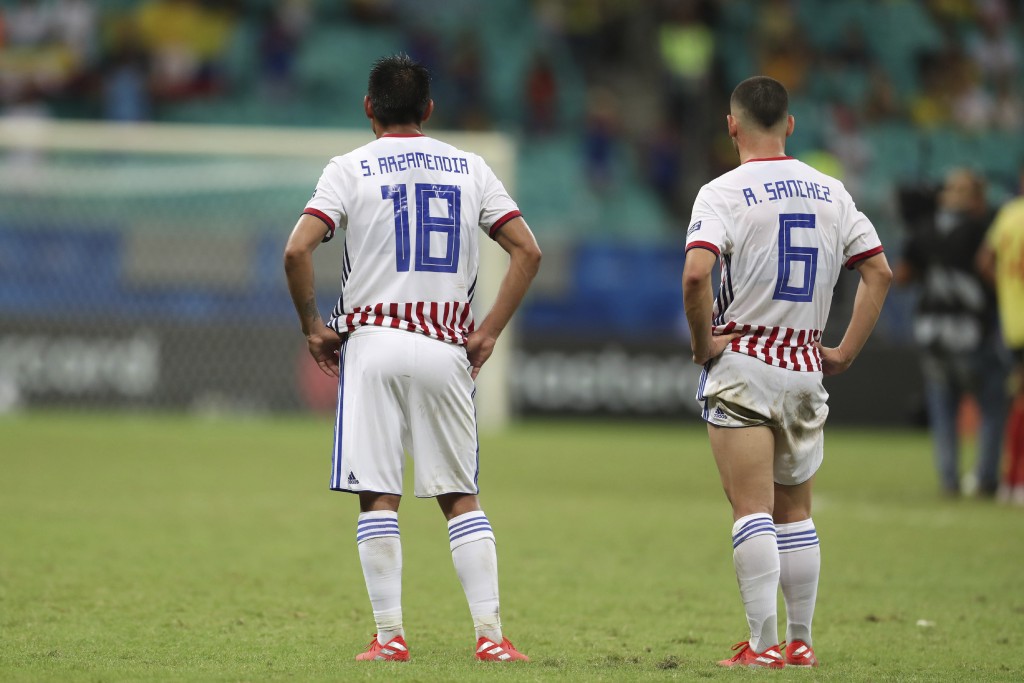 RIO DE JANEIRO (AP) — Coaches and players including Lionel Messi are unhappy with the condition of soccer fields at four of the six Brazilian stadiums hosting Copa America games.

"(The ball) bumps a lot on the field. All the fields we played on were very bad. It is hard," Messi said.

Argentina had already played in Salvador and Belo Horizonte, two of the most criticized pitches at the tournament.

Before Sergio Aguero scored Argentina's second against Qatar to effectively put the team in Copa America's knockout stage, Messi wasted a clear opportunity only meters from goal after the ball took an unexpected bounce.

Many other players appeared to struggle with an uneven surface with bare patches at Arena do Gremio.

After Uruguay and Japan drew 2-2 at the Mineirao Stadium, striker Luis Suarez said it wasn't an excuse for a disappointing performance "but the pitches of the stadiums are not in good shape. We also saw the Maracana (on TV), it was very bad. But we have to adapt to these situations."

Bolivian players said they had problems on the Maracana after the 3-1 defeat to Peru.

Copa America organizers have been asked to comment by The Associated Press. Top executives of the organizing committee will give a news conference on Tuesday after the tournament's group stage ends later Monday with two Group C matches.

Administrators of Arena do Gremio blamed the bumpy pitch on unexpectedly high temperatures in Porto Alegre, days after winter began in the Southern Hemisphere. They also said regular use of the pitch between June 14 and 23, including training sessions and three Copa America matches, has slowed the recovery.

The pitch at Fonte Nova Stadium was criticized by coaches, including Venezuela's Rafael Dudamel, Argentina's Lionel Scaloni and Colombia's Carlos Queiroz. Brazil coach Tite refused to comment on it when Brazil drew 0-0 against Venezuela. But after Saturday's 5-0 win against Peru, Tite had nothing but praise for Sao Paulo's Arena Corinthians.

"With a field like this one here, with this quality, the match flows and you can give great passes," Tite said. He also extended his praises to Morumbi Stadium, where Brazil beat Bolivia 3-0 in the tournament's opening match. "With a good pitch it all gets easier," he added.

Two months before Copa America began, the Arena Corinthians pitch had a fungus infection, which was sorted out. Stadium executives blamed a monster truck race in December.