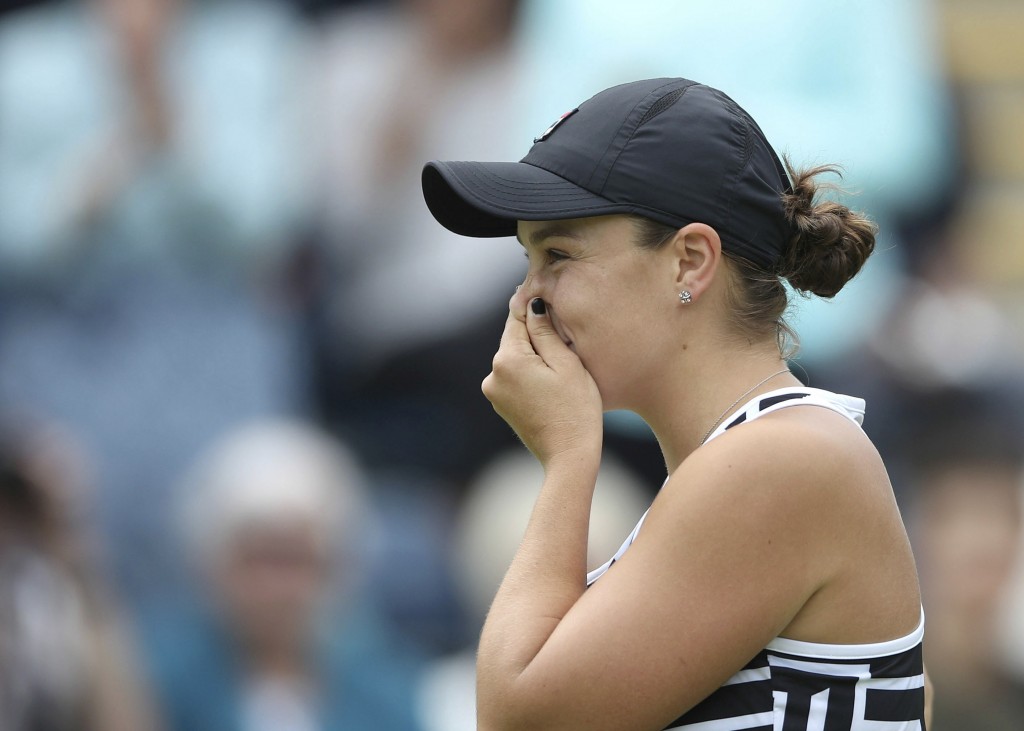 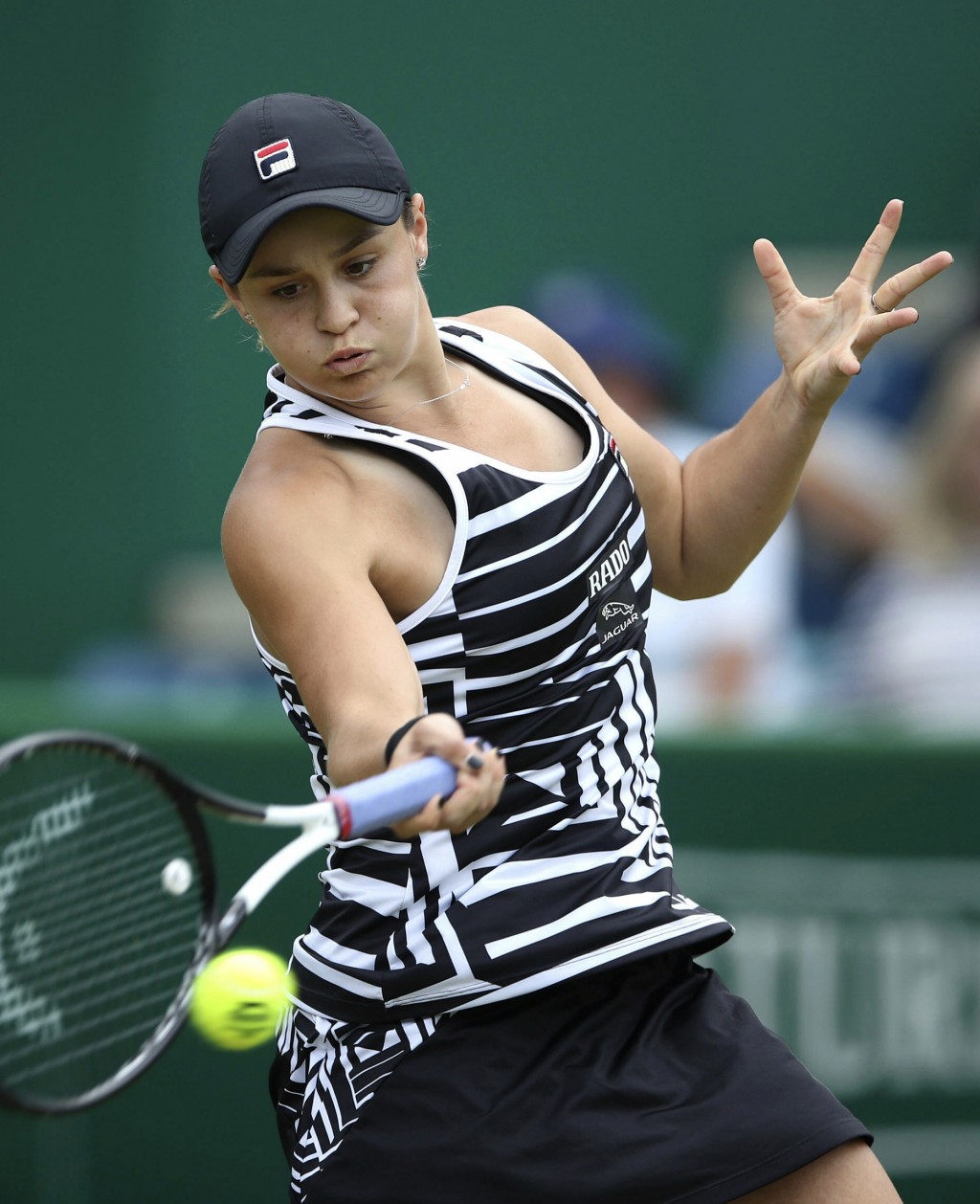 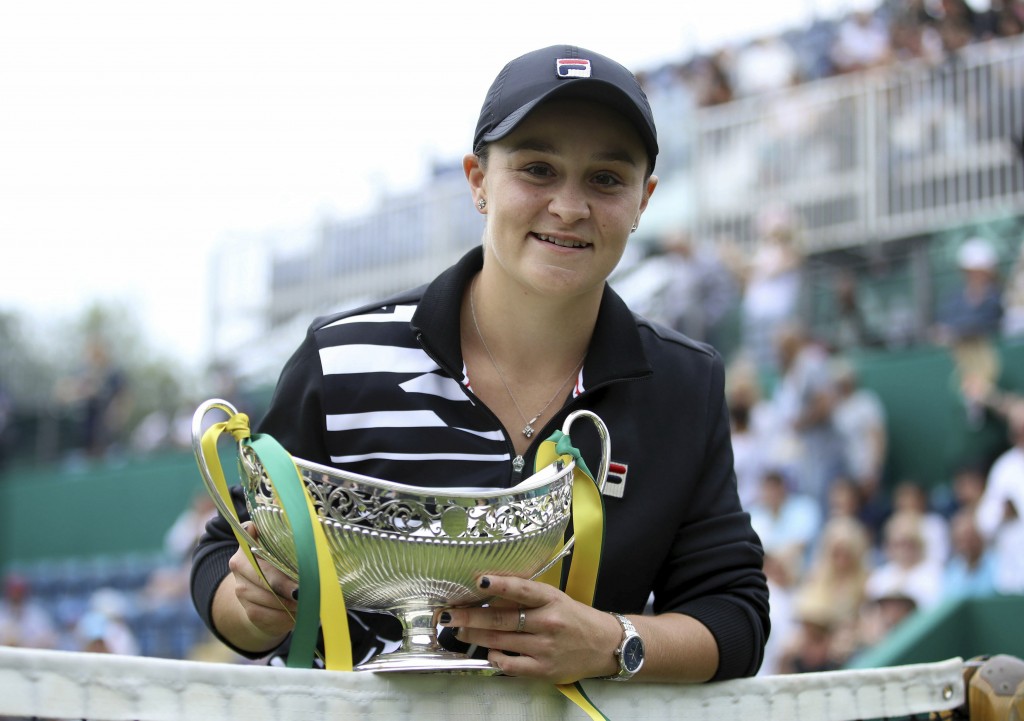 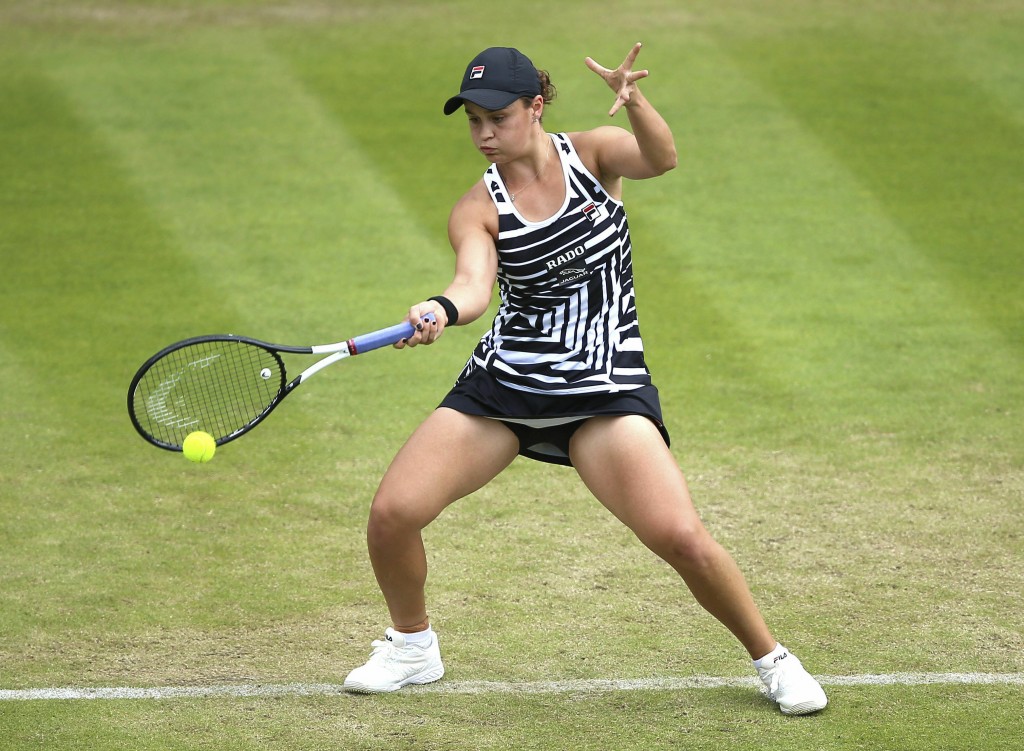 Ash Barty never had been ranked inside the WTA's top 10 until April. As of Monday, she is No. 1.

The 23-year-old Australian never had been as far as the quarterfinals at any Grand Slam tournament until January. As of this month, she is the French Open champion — and as of next week, she'll be among the favorites to win Wimbledon.

"It's been a whirlwind few weeks for me," Barty said. "A whirlwind year."

Sure has. Given the skills and all-court capability she's displayed, along with the strong head on her shoulders thanks in part to a hiatus from the tennis tour while playing professional cricket, there is little reason to think this rapid rise will be anything but the start of a long run for Barty.

She will head to the All England Club — where she exited in the third round a year ago — on a 12-match winning streak, after following up her breakthrough championship at Roland Garros on June 8 with a title Sunday at the grass-court tuneup tournament in Birmingham, England, where she didn't drop a set.

That assured Barty of overtaking Naomi Osaka, the reigning champion at the U.S. Open and Australian Open, atop the WTA rankings.

"You always dream of it as a little kid, but for it to become a reality is incredible," Barty said about getting to No. 1, something only 26 other women have done since computer rankings were introduced in 1973. "This year, we were aiming for top 10, and now to be where we are is a testament to all of the people around me."

Barty began 2019 at No. 15 and with one fourth-round showing in her 17 appearances in singles at major tournaments. Look at what she's done so far this season: tour-high 36 wins (in 41 matches), tour-high three titles (each on a different surface), debut Grand Slam quarterfinal at the Australian Open, then the trophy in Paris.

It was almost exactly three years ago that Barty returned to tennis, without a ranking at all, after a 1½-year absence because she needed time away from the grind of the tour. She stepped away at age 18, briefly switching sports to join a cricket team in Australia.

Her ability to play tennis was never an issue; she was, after all, a junior champion at Wimbledon in 2011, and reached three Grand Slam doubles finals.

"She was just overwhelmed with everything. She was so young. Expectations were high on her back then. And she wasn't handling that stuff very well. So it was the best thing she ever did, was step away from the sport and just reassess her life and see what she wanted to do," her coach, Craig Tyzzer, said the day Barty won the French Open. "For someone to be able to walk back in and play tennis at the level she's been able to do in three years is pretty amazing. And she's grown in that time, as well. The growth is continuing. It'll still be ongoing."

Away from the court, that includes Barty's work with Ben Crowe, a performance coach who helps her with the mental side of things.

On the court, Tyzzer helps Barty in a constant search for improvement and variety. Her slice backhand, big serve and forehand and strong net game are all part of a formula that give her a chance to win, no matter the surface or the opponent.

The confidence with which Barty is playing now is a big factor in her current form, too. One that there shouldn't be any reason to doubt will continue.

"This game doesn't get any easier. The fact that you won a Grand Slam doesn't mean you go out and win every match from now on," Tyzzer said. "And she'll know that."

At the moment, Barty does go out and win every match. That won't go on forever, of course, but she does seem well-situated to keep adding to her list of milestones.

Howard Fendrich has covered Grand Slam tennis for The Associated Press since 2000. You can write to him at hfendrich@ap.org or follow him on Twitter at http://twitter.com/HowardFendrich