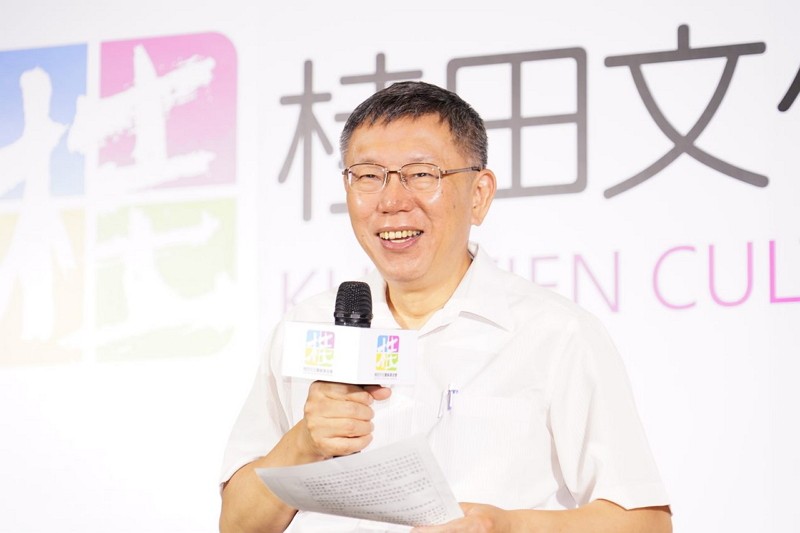 The 10th Taipei-Shanghai City Forum is scheduled to be convened in Shanghai from July 3-5, Ko Yu-an (柯昱安), deputy spokesman for the Taipei City government, told CNA.

While the Taipei delegation will be led by Ko Wen-je, it remains uncertain if the Shanghai side will be represented by its mayor Ying Yong (應勇), Ko Yu-an said, adding that no matter who will represent Shanghai, the principles of reciprocity and dignity will be followed.

The annual event will begin with a welcome dinner on July 3 before the forum begins the next day, Ko Yu-an said.

Ko Wen-je will then make his side trips on July 5, Ko Yu-an said, without revealing details.

The twin-city forum, which has been held alternately in Taipei and Shanghai since 2010, offers an opportunity for government officials and civic leaders of the two cities to exchange views on various subjects.

Ko Wen-je had personally led the Taipei delegations to Shanghai twice in 2015 and 2017. It was during the 2015 forum that Ko Wen-je raised the slogan of "two sides are of one family." But he emphasized that he only wanted to promote goodwill and that there were no politics involved.

Meanwhile, Liu Yi-ting (劉奕霆), Taipei City Government spokesman, said in a press statement on Sunday evening that the theme of the forum will be "innovation, cooperation and future."

The forum will be divided into four sub-forums which will tackle the issues of future developments in the fields of bio-technology, medical technology, culture sharing, youth entrepreneurship and smart city, Liu said.

He pointed out that the exchanges between Taipei and Shanghai have been vibrant since 2010.

The two cities already held several activities in the first half of the year, including a dragon boat race. Activities lining up for the second half of the year include a basketball tournament, marathon races and tourism promotions, according to Liu.