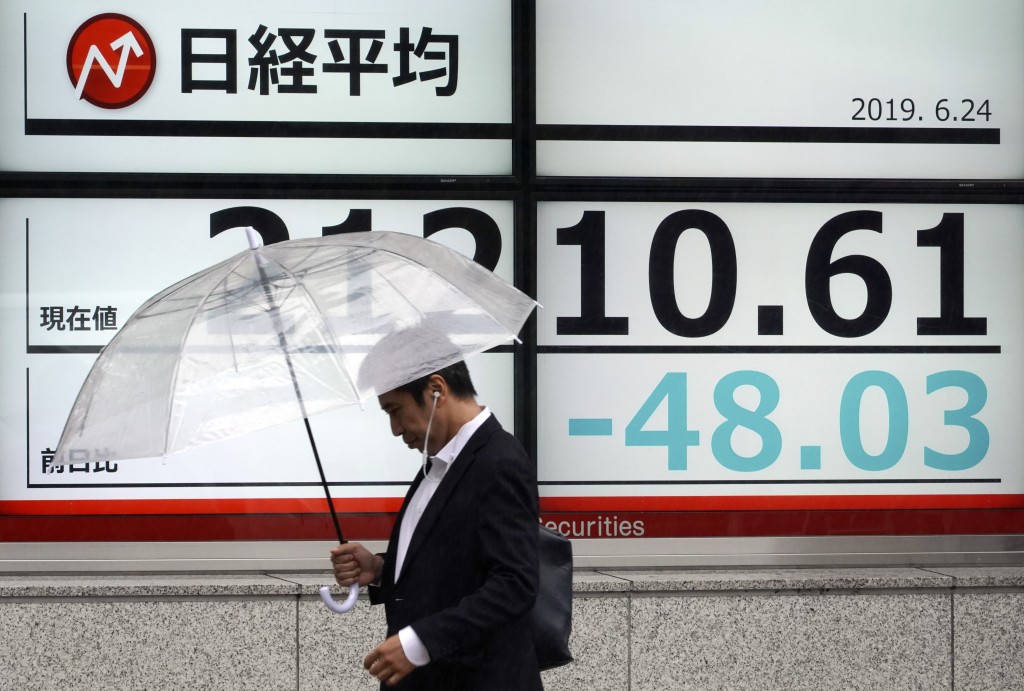 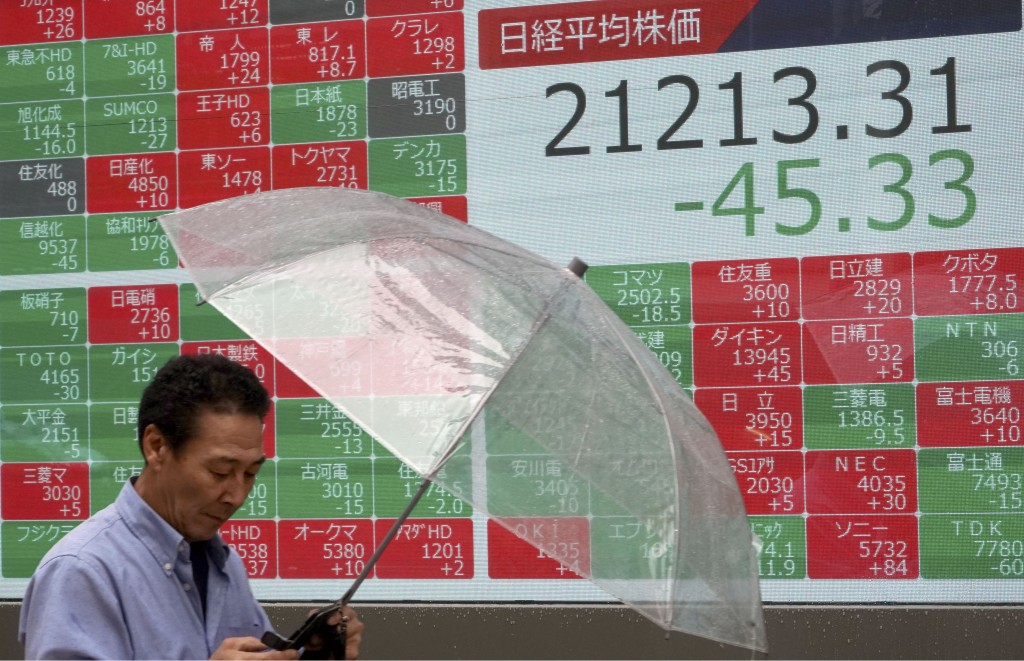 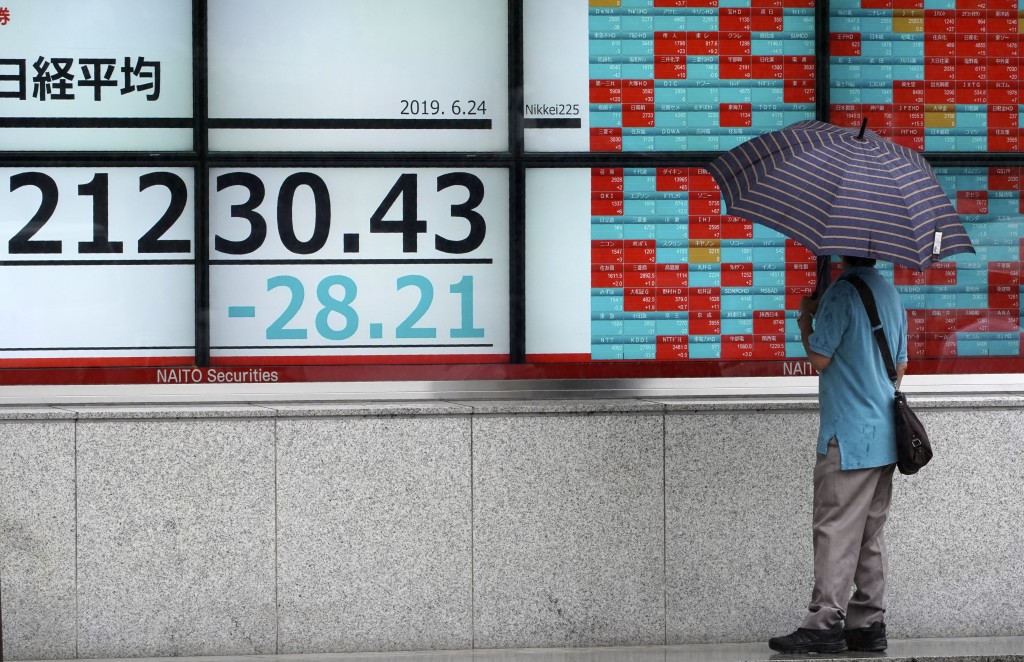 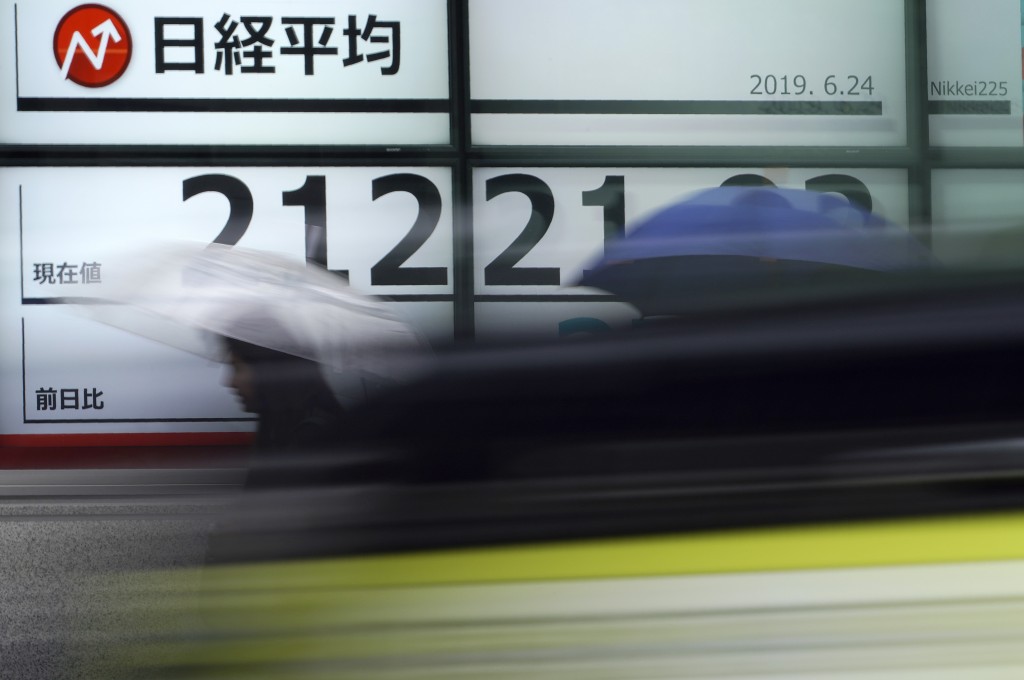 BANGKOK (AP) — Shares were wavering in Asia on Monday as investors watched for movement in the China-U.S. trade dispute ahead of a meeting between Presidents Donald Trump and Xi Jinping planned for later this week in Osaka, Japan, at the Group of 20 summit.

The biggest uncertainty looming over the market remains the U.S. trade war with China. Stocks mostly have rallied since Trump said he planned to meet with Xi, though Wall Street finished its milestone-setting week on a downbeat note on Friday as a late flurry of selling nudged stocks lower and snapped a four-day winning streak.

On Friday, the U.S. announced it was blacklisting five Chinese organizations involved in supercomputing with military-related applications, citing national security as justification for denying its Asian geopolitical rival access to critical U.S. technology.

The move by the U.S. Commerce Department could complicate talks with Xi aimed at de-escalating the tariffs war between the world's two biggest economies.

The five blacklisted organizations placed on the so-called Entity List include supercomputer maker Sugon, which is heavily dependent on U.S. suppliers including chipmakers Intel, Nvidia and Advanced Micro Devices.

The other four are the Wuxi Jiangnan Institute of Computing Technology and three Sugon affiliates. The Commerce Department called their activities "contrary to the national security and foreign policy interests of the United States."

"The Trump administration's further blacklisting of five Chinese tech companies ahead of the G-20 meeting had perhaps not been the best piece of news for markets with sentiment hinging on U.S.-China trade relations," Jingyi Pan of IG said in a commentary.

"That said, neither had things taken any significant step for the worse within the market," she said.

Even with the modest losses the market delivered its third straight weekly gain, with the benchmark S&P 500 index hovering just below its record high close from a day earlier.

The major U.S. stock indexes are up more than 7% so far this month and are holding on to gains of more than 14% for the year.

Investors have been reassured by statements from the Federal Reserve this month that suggest the central bank is prepared to cut interest rates in response to a slowing global economy. At the same time, traders remain concerned that corporate profits might suffer should the kind of economic slowdown that would prompt the Fed to cut rates take hold.

A mixed batch of economic data on Friday didn't have much of an impact on trading, which remained mostly muted as investors took a breather after a four-day rally.

Benchmark crude oil picked up 38 cents to $57.81 per barrel in electronic trading on the New York Mercantile Exchange. It rose 0.6% to settle at $57.43 a barrel on Friday, ending with a 9.2% gain for the week, the biggest weekly gain in more than two years. Only a few weeks ago, the price of U.S. crude was in a correction, what Wall Street calls a drop of at least 20% from a recent peak.