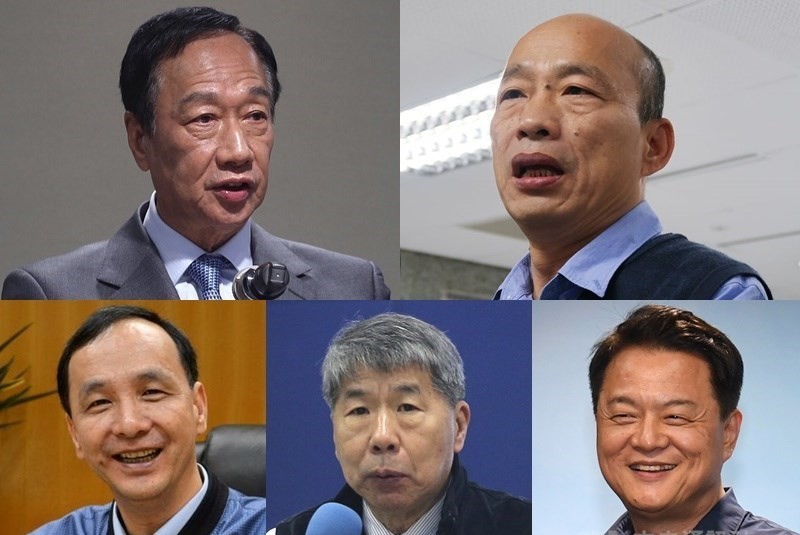 While incumbent President Tsai Ing-wen (蔡英文) will run for re-election, representing the ruling Democratic Progressive Party (DPP), the KMT’s primary has just begun heating up. The people of Taiwan will cast their vote for the next president in about 200 days.

Three televised platform presentations will be held on June 25, June 29, and July 3, before landline telephone polls take place from July 8-14. The winner of the party’s primary will be announced on July 15.

Each candidate will deliver their remarks in 12 minutes in a platform presentation format. They will then randomly pick two questions out of four, prepared by the party and made public in advance, and be given three minutes to answer each question. There will be no open questions proposed by civil groups.

For the first presentation held on Tuesday evening in Kaohsiung, the candidates will discuss their plans pertaining to the country’s constitution, foreign policy, cross-strait policy, and national security.

Some of the questions prepared by the KMT are based on its criticisms of the president’s foreign and cross-strait policies, so the candidates will be expected to effectively address the problems facing Taiwan, reports said. The candidates may also discuss how they plan to safeguard the country.

The second presentation will be held in Taichung on June 29, focusing on the candidates’ policies for young people, social issues, culture, and education. The final presentation will be hosted in the capital on July 3, with issues related to the country’s economy, finance, environment, and energy being addressed.