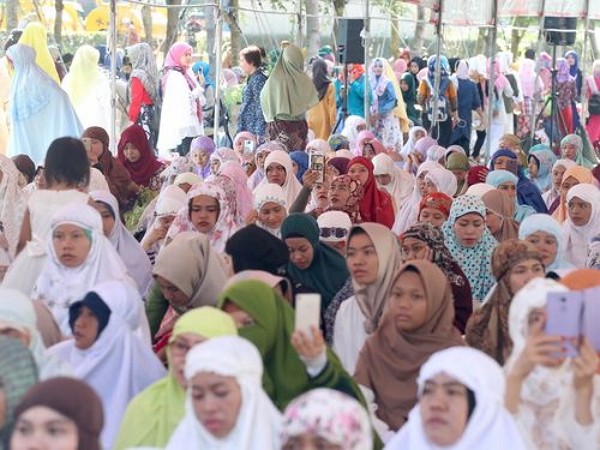 Taiwan has made "significant" progress in improving the rights enjoyed by Muslims, according to the 2018 International Religious Freedom report released by the U.S. Department of State on Friday.

The report cited the Chinese-Muslim Association as saying: "(the) authorities were making significant progress in improving rights for Muslims" such as by increasing the number of restaurants and hotels that cater to Muslims' dietary requirements and establishing prayer rooms for them.

The report even mentioned the remarks made by Vice President Chen Chien-jen (陳建仁) when he attended the canonization of Pope Paul VI and six other Catholic figures at St. Peter's Basilica during a trip to the Vatican in October 2018 as an indication of Taiwan's efforts in pushing for religious freedom.

"As a beacon of religious freedom and tolerance, Taiwan is committed to further strengthening ties with the Holy See via substantive cooperative initiatives spanning democracy, religious freedom, and human rights," Chen was quoted by the report as saying.

However, the report repeated the State Department's concerns voiced last year that Taiwan's labor law does not allow a day off for migrant domestic workers and caregivers, many of whom are Muslims from Indonesia, thus limiting their ability to attend religious services.

The U.S. State Department report also cited the Tibet Religious Foundation as complaining that Tibetan Buddhist monks in Taiwan remained unable to obtain resident visas for their religious work on the island, even as the Taiwanese authorities typically granted visas to other religious practitioners for similar purposes.

"The monks had to fly to Thailand every two months to renew their visas," the report said. "The monks did not have passports and instead traveled using Indian Identity Certificates (ICs) issued to Tibetans who reside in India but do not have Indian citizenship and reportedly were valid for travel to all countries."

Moreover, the U.S. State Department said, the Tibet Religious Foundation reported harassment from the True Enlightenment Practitioners Association, a Taiwanese Buddhist organization which had received funds from China and had spread a message saying: "Tibetan Buddhism is not real Buddhism," defaming Tibetan Buddhism.

In November last year, a court in Taiwan ordered the association to publish an apology as a settlement, but the group had not done so by the end of the year.

In response, according to the religious report, Taiwan's government said all libel cases involving the Tibet Religious Foundation were closed.

The report also mentioned an objection from the Chinese-Muslim Association against a move made by the Kaohsiung City Government to relocate remains from a Muslim cemetery in the city to develop the site into a park; they alleged relocation failed to follow Islamic tenets.

Defending itself, the report said, the Kaohsiung City Government said it had held two public hearings and actively communicated with the Muslim community in Kaohsiung, adding that the majority of the Muslims in the area had agreed to the relocation.

The Kaohsiung authorities said the city government exhumed graves and moved the remains in accordance with Islamic tenets, according to the report.