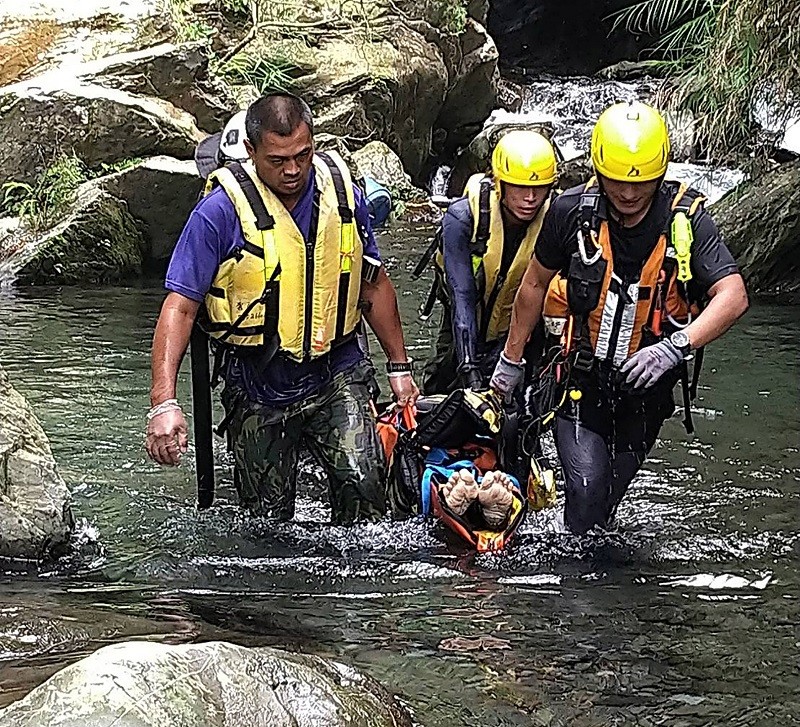 The county’s Bureau of Fire and Emergency Services said that when the bureau’s emergency responders arrived at the scene, they found friends of the two drowned students administering CPR on them, but both had lost vital signs, according to CNA. They were sent to Pingtung Christian Hospital and Kaohsiung Veterans General Hospital for emergency treatment.

Wutai police said the students had gone to the waterfall in a group of six. The station added that drowning incidents frequently happen in the deep pool and that for people who are not good swimmers, playing in the water is extremely dangerous.

The station also said that the Wutai Township office is currently carrying out a construction project to improve safety at the waterfall and that there is a “no swimming” sign in place.