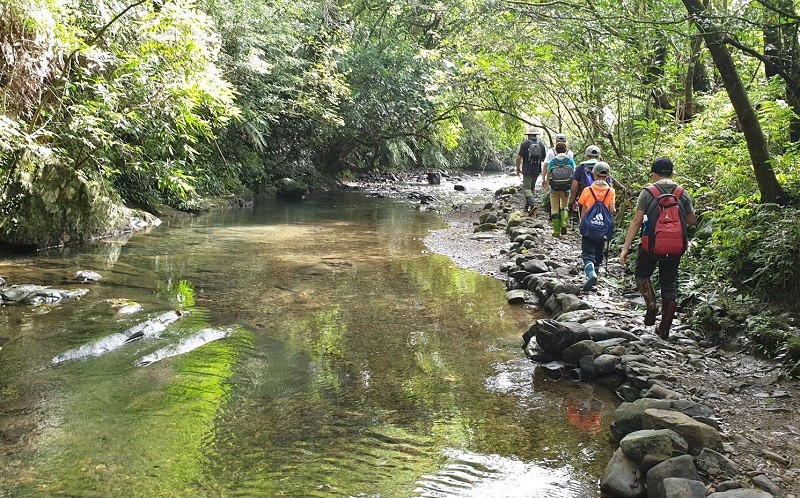 TAIPEI (Taiwan News) – Many outdoor enthusiasts in Taiwan make pilgrimages to the Tamsui-Kavalan Historic Trails, but the trails can also serve as pathways to graduation.

That was the case for five Pinglin Elementary School graduates who used two days to complete part of the Tamsui-Kavalan Historic Trails’ central route.

Led by their teacher, Huang Hong-zhi (黃鴻志), the five graduates took some hiking classes and received some training before embarking on the trip, New Taipei City’s Tourism and Travel Department (TTD) said on June 21.

Zhong Qing-wen (鍾清文), one of the five graduates, said the historic trails offer great opportunities to see rich ecology, which cannot be experience in classrooms, reported TTD. He added that they even heard the roaring of a Formosan Reeve's Muntjac at night which, even though sounding strange, was an experience they cherished.

Another graduate, Lee Zhen- ting (李鎮廷) said that even though it was a grueling hike, they encouraged each other and overcame the soreness and tiredness they felt in their bodies to complete the trip. Lee added that it was a heart touching feeling that we hugged together when we arrived at the final destination.

When they arrived at the Shikong Historic Trail, which is the last stretch of the Tamsui-Kavalan Historic Trails’ central route, school principal Lu Jin-rong (呂金榮) joined them to finish the last mile of the graduation trip, and then presented the diploma to each of them, according to the department.