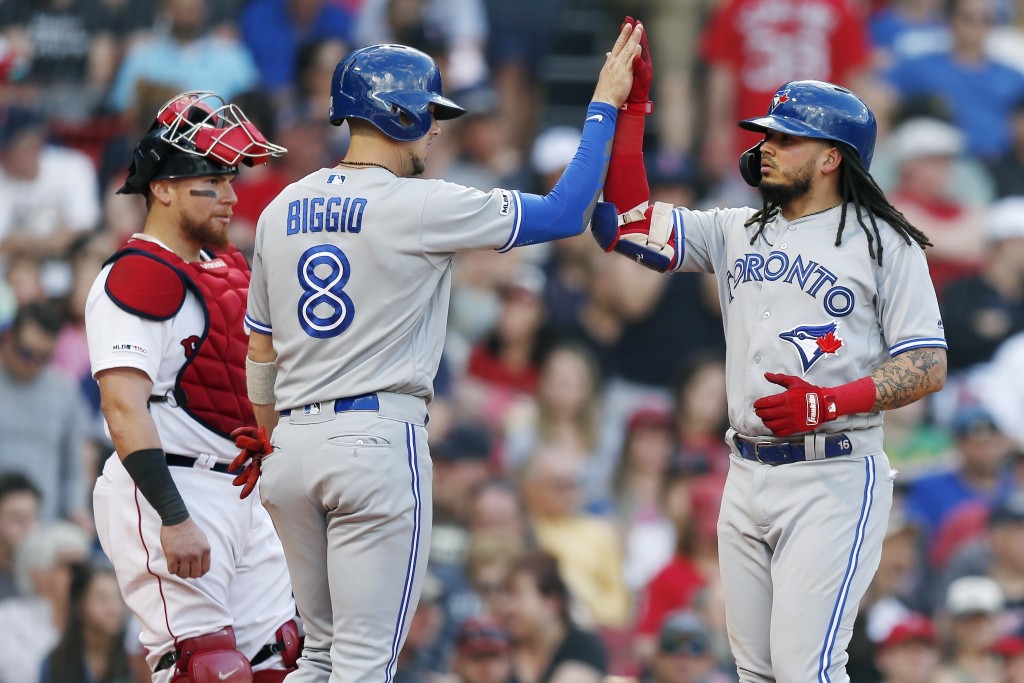 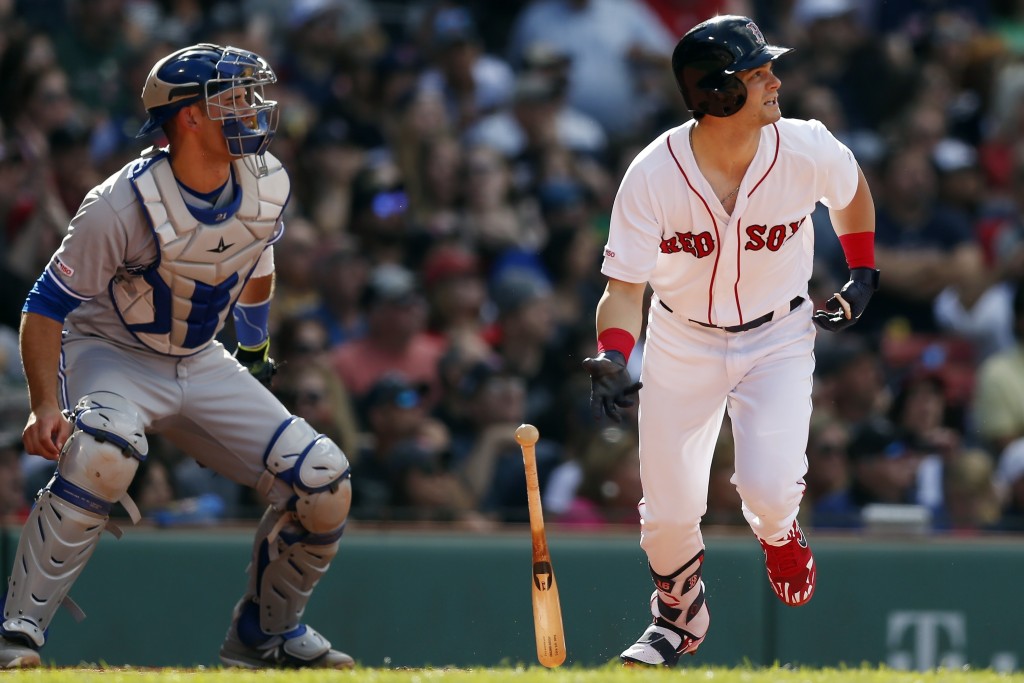 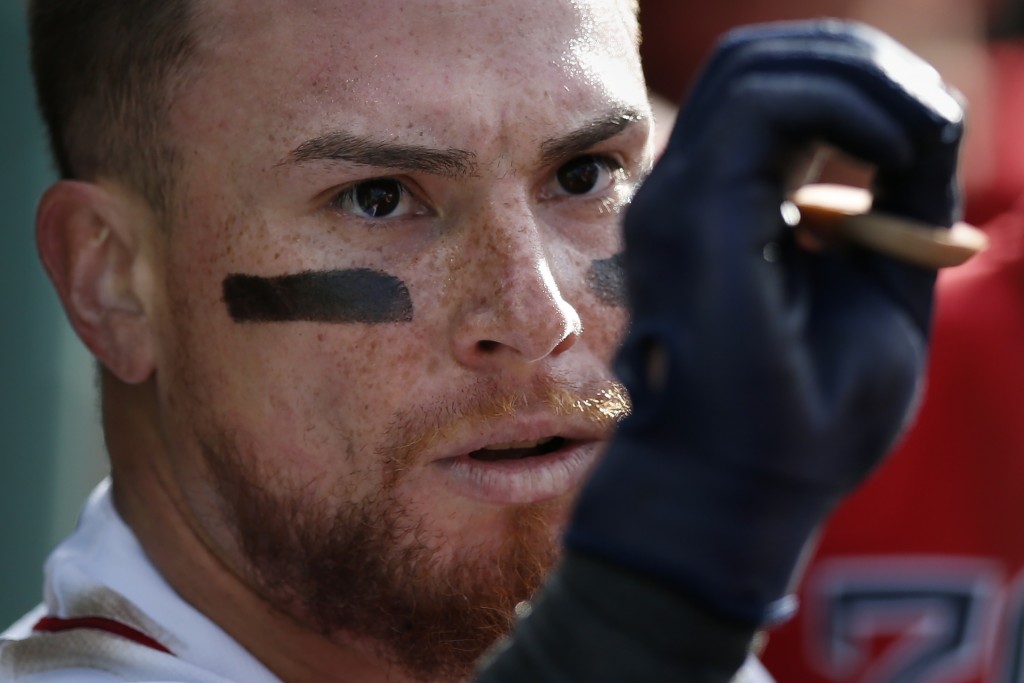 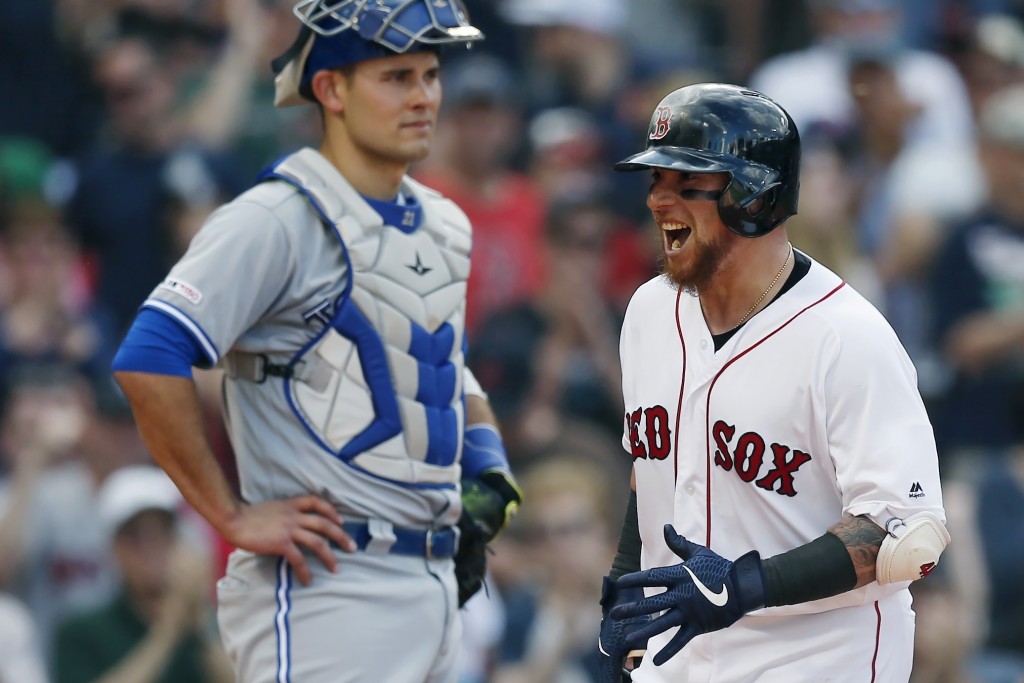 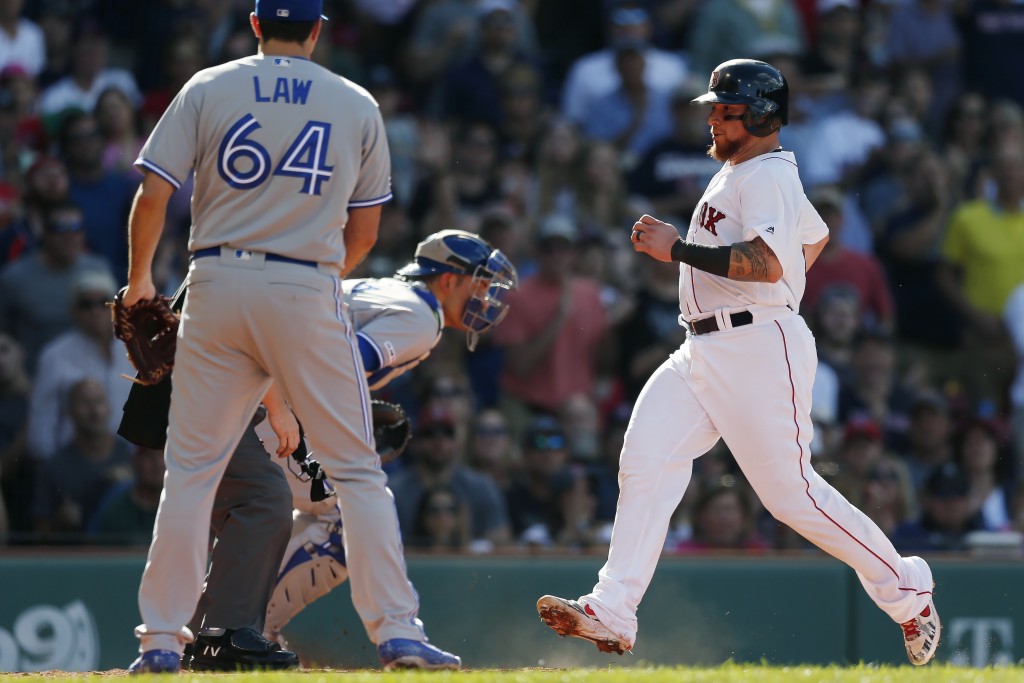 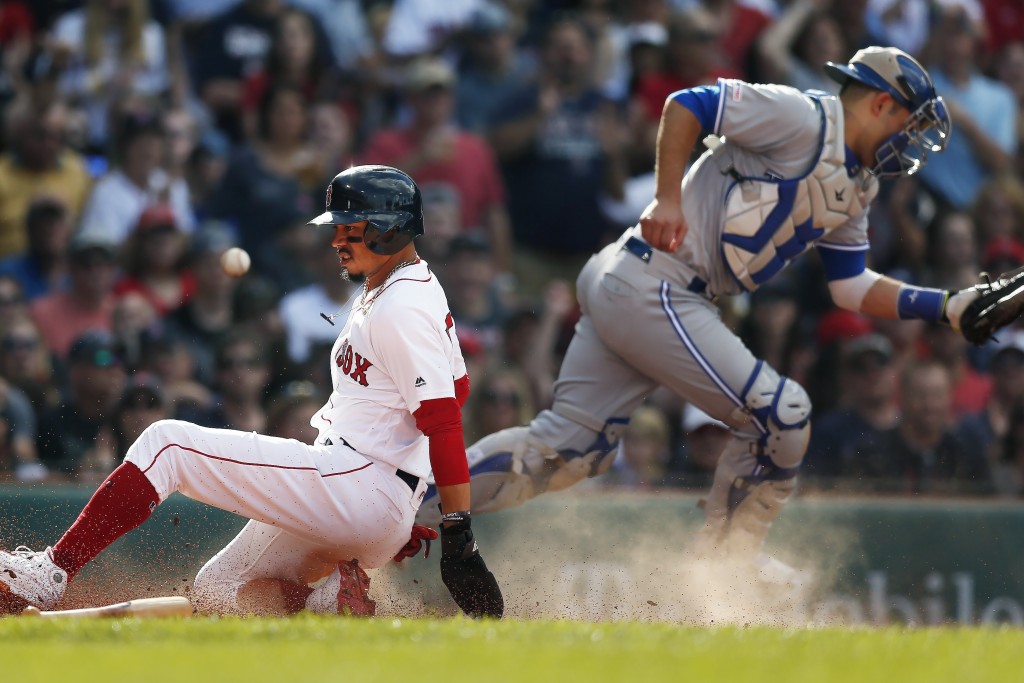 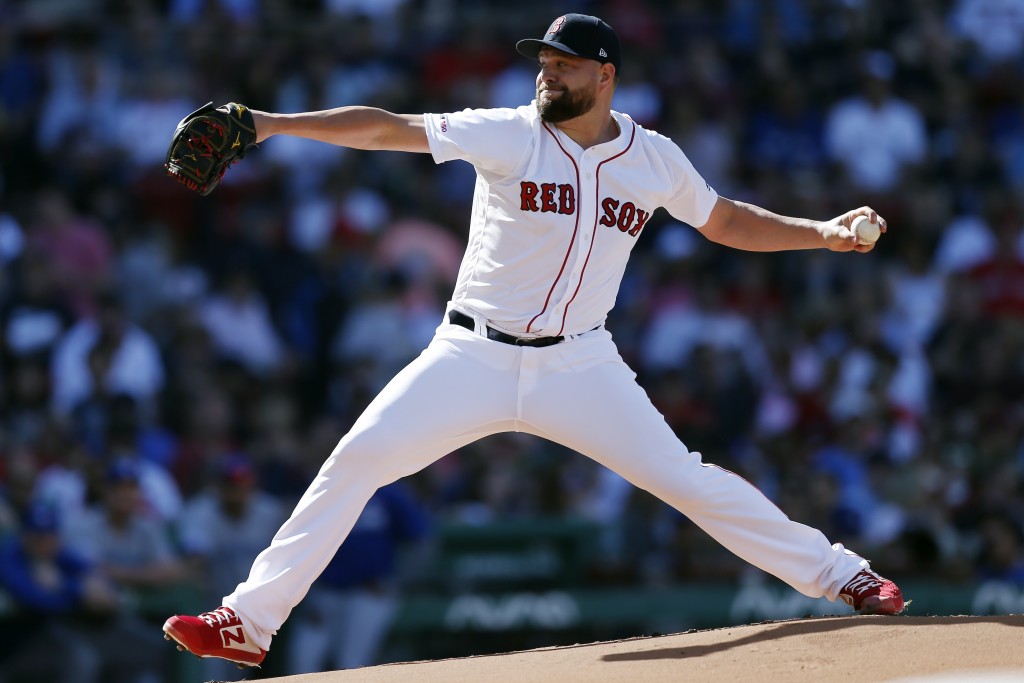 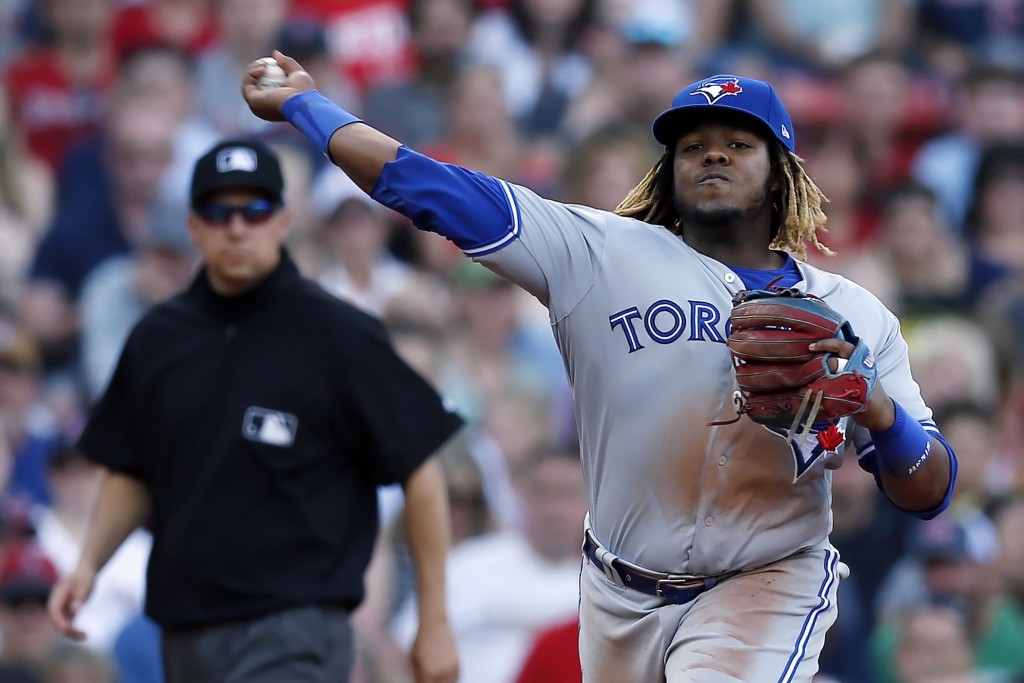 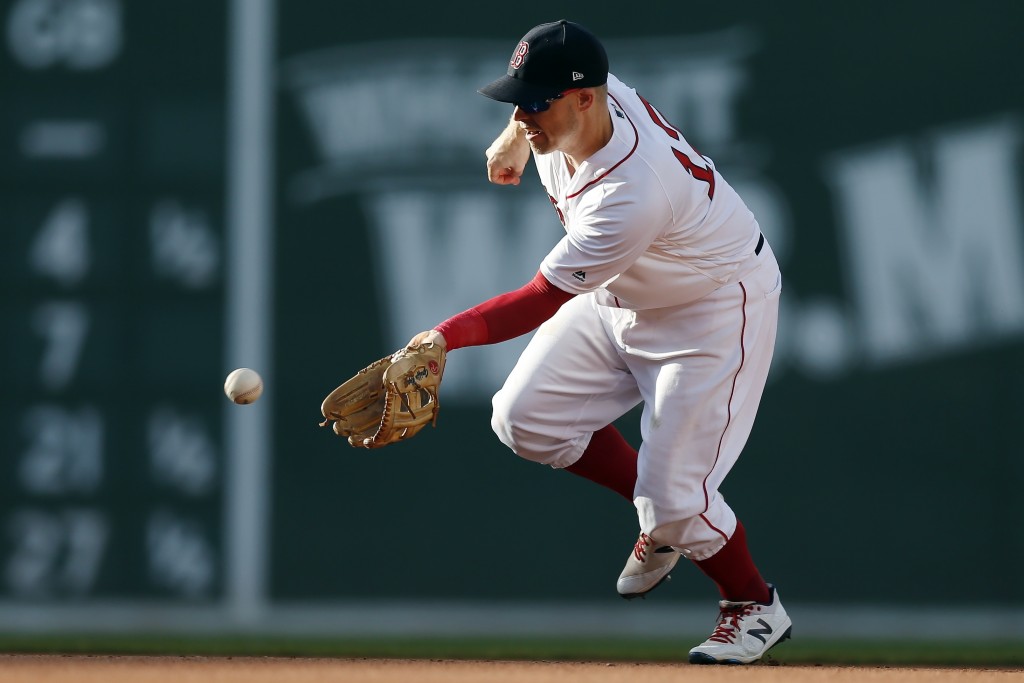 BOSTON (AP) — Freddy Galvis and Rowdy Tellez hit back-to-back homers to help Toronto rally from a six-run deficit, and Eric Sogard drew a four-pitch, bases-loaded walk to break an eighth-inning tie and give the Blue Jays an 8-7 victory over the Boston Red Sox on Saturday.

Boston scored five times in the second and led 6-0 after three before its bullpen blew a save for the 15th time in 31 chances. The Blue Jays trailed 6-1 before scoring four in the seventh on two homers and a wild pitch, then added three more in the eighth, when Matt Barnes (3-2) and Ryan Brasier combined to walk four straight batters with two outs.

Nick Kingham (3-1) pitched two hitless innings of relief for Toronto, which won for the second time in six games. Ken Giles pitching the ninth for his 12th save, allowing one run before striking out J.D. Martinez to end the game.

One day after the Red Sox rallied from a 5-1 deficit to win in 10 innings, it was the Blue Jays staging the comeback.

The game began after a 25-minute delay for a sun shower, and Toronto starter Derek Law retired the side in the first. But he struggled after taking Martinez's line drive off his foot in the second.

The ball ricocheted to Tellez at first for the easy putout, and Law remained in the game. But he walked the next batter, putting runners on first and second, then Jackie Bradley Jr. doubled off the Green Monster. Michael Chavis singled him home to make it 3-0 and chase Law.

One out later, Mookie Betts walked and Andrew Benintendi doubled off the Wall. Christian Vázquez, who hit a walk-off home run in the 10th inning over the bullpens on Friday night, curled one down the right-field line in the third, hitting the Pesky Pole 302 feet away.

But Red Sox reliever Mike Shawaryn gave almost all of it back in the seventh, giving up a leadoff single to Cavan Biggio before Galvis curled a two-run shot around the Pesky Pole. Tellez homered to straightaway center field, and Luke Maile scored on a wild pitch to make it 6-5.

Teoscar Hernández singled with one out in the eighth, took second on a wild pitch and scored to tie the game when Biggio singled off second baseman Brock Holt's glove. Barnes walked Tellez and pinch-hitter Billy McKinney to load the bases.

Brasier came in and walked Sogard to give the Blue Jays their first lead of the game, and then walked Vladimir Guerrero Jr. to make it 8-6.

Betts walked with one out in the ninth, stole second and then scored to make it 8-7 when Xander Bogaerts lofted a high fly to left that got caught up in the wind and fell for a ground rule double when Galvis, the shortstop, couldn't get under it.

It was Bogaerts' seventh straight game with a double, tying the AL record.

Red Sox: 1B Steve Pearce (lower back strain) had four at-bats in a rehab start in Triple-A on Friday night and was scheduled to play again for the PawSox on Saturday. ... If RP Heath Hembree (right elbow strain) reports back OK after throwing on Saturday, he will go out on a rehab assignment on Monday. ... 1B Mitch Moreland took grounders and ran on Saturday.