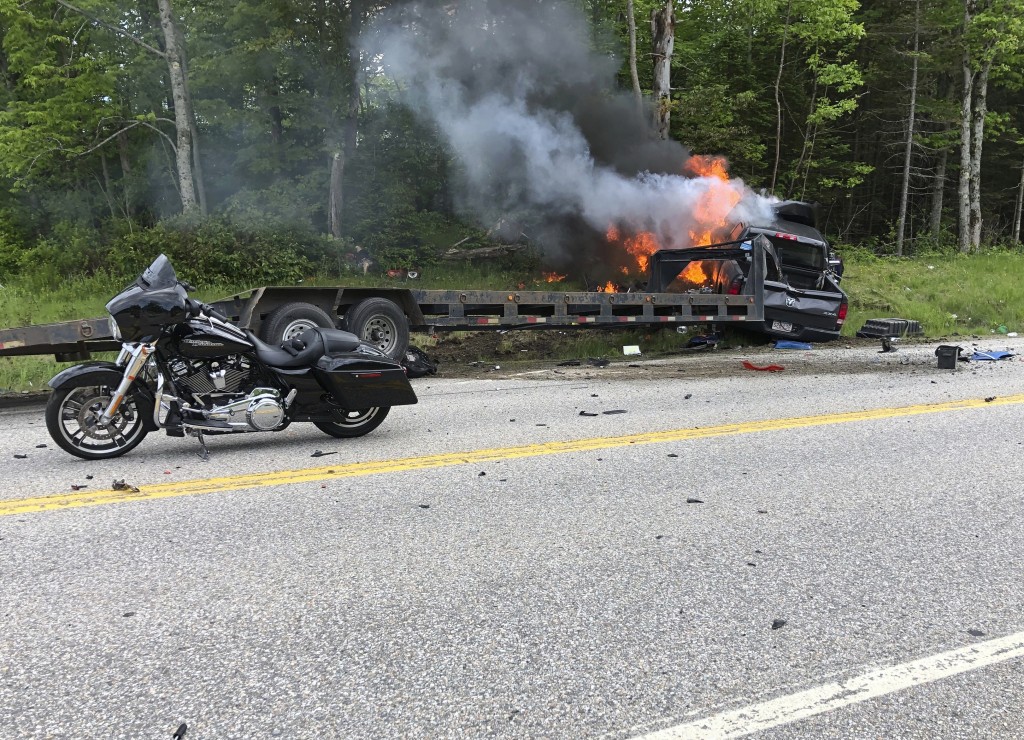 RANDOLPH, N.H. (AP) — The Latest on a deadly crash between a pickup truck and several motorcycles in New Hampshire (all times local):

The New England motorcycle community is reeling from the news of a devastating crash in New Hampshire, and bikers are vowing to help the families of those who died.

The Friday night crash in Randolph involved members of Marine JarHeads MC, a motorcycle club in New England that includes Marines and their spouses. Police have yet to identify any victims, but word has traveled fast through the biker community.

Cat Wilson, of Cotuit, Massachusetts, coordinates a charity ride on Cape Cod. She says the crash has sent shockwaves through the motorcycle and veterans communities, which often overlap. She says bike enthusiasts are already organizing to help. She says there's "no tighter community than our biker community."

A pickup truck with a trailer collided with the riders Friday night.

Authorities in New Hampshire say seven people have been killed in a crash between a pickup truck and several motorcycles on a rural highway.

State police said that a 2016 Dodge 2500 pickup truck collided with the riders on U.S. 2 in Randolph Friday evening. Officials said additional details would be provided as they investigate the deadly collision. The pickup was on fire when emergency crews arrived.

Witnesses described a "devastating" scene as bystanders tried to help riders that were peppered along the highway.

State police said two additional people were transported to the Androscoggin Valley Hospital and one was airlifted to Maine Medical. Police said they could not provide the identities of the dead until next of kin have been notified.