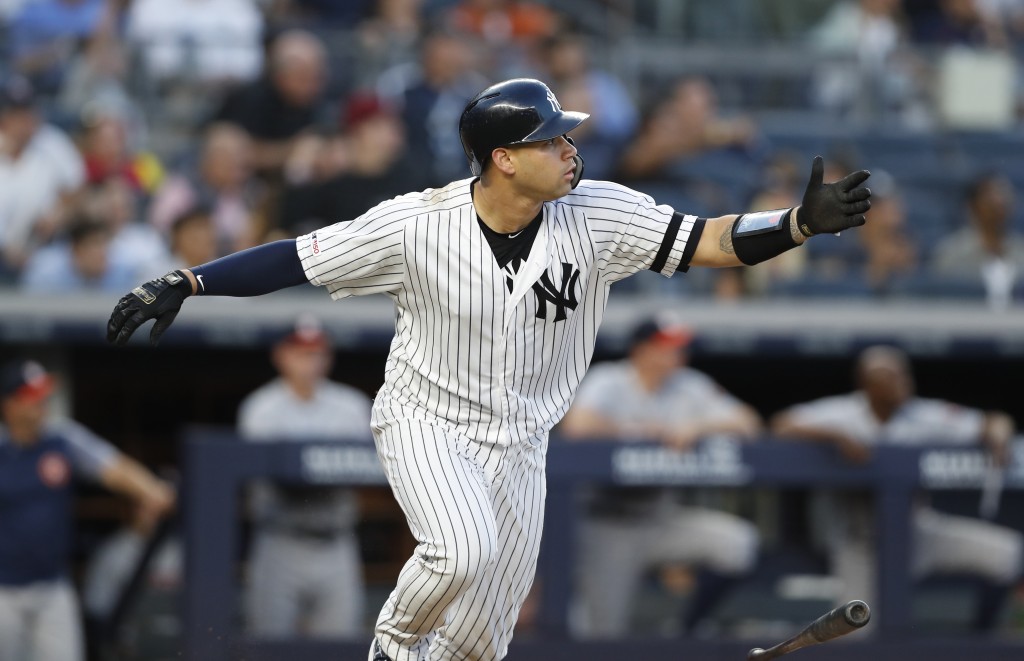 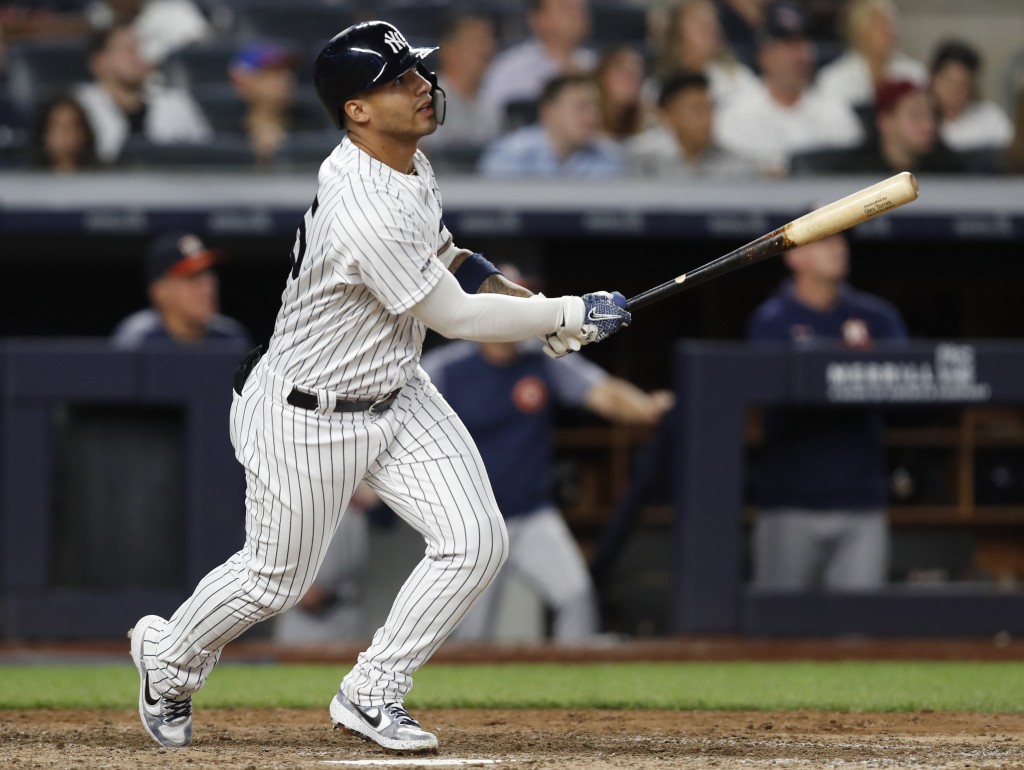 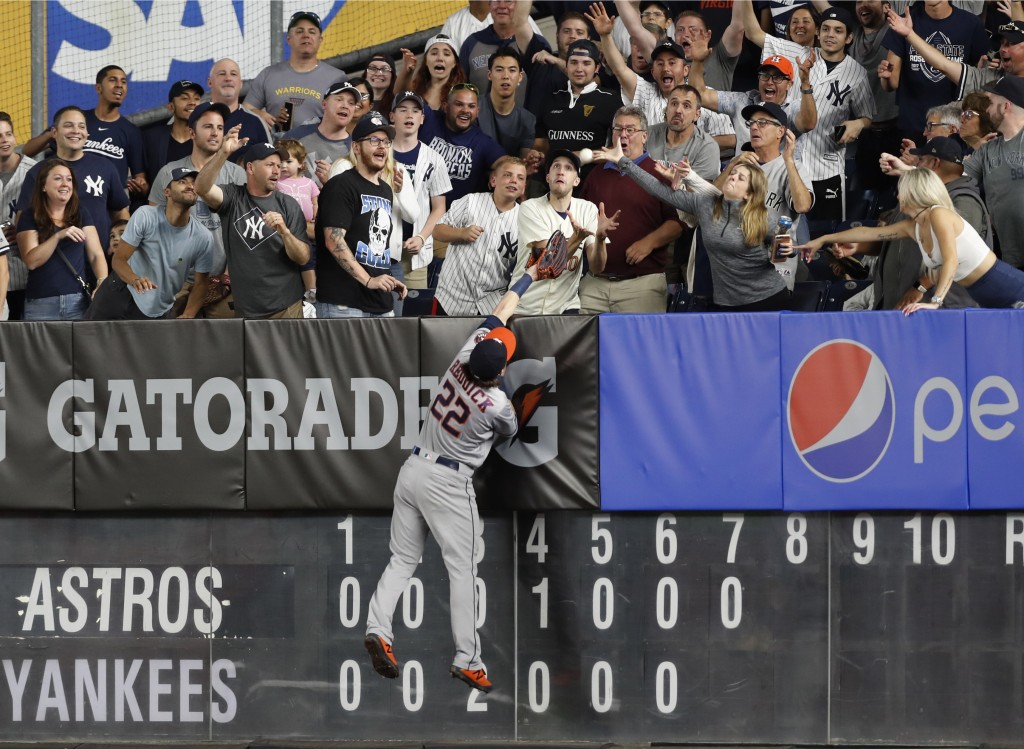 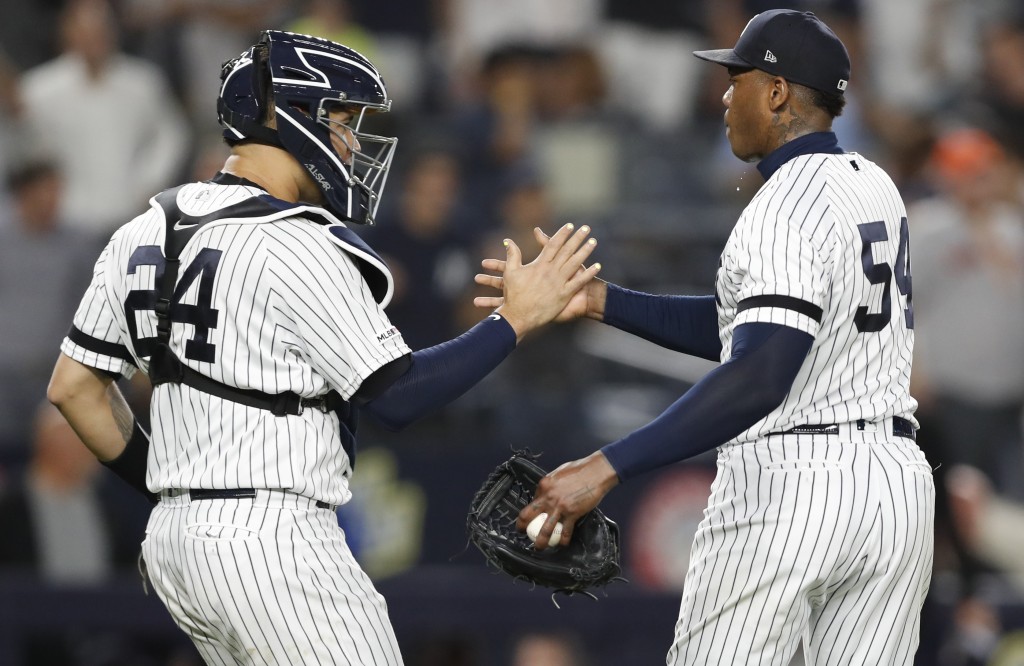 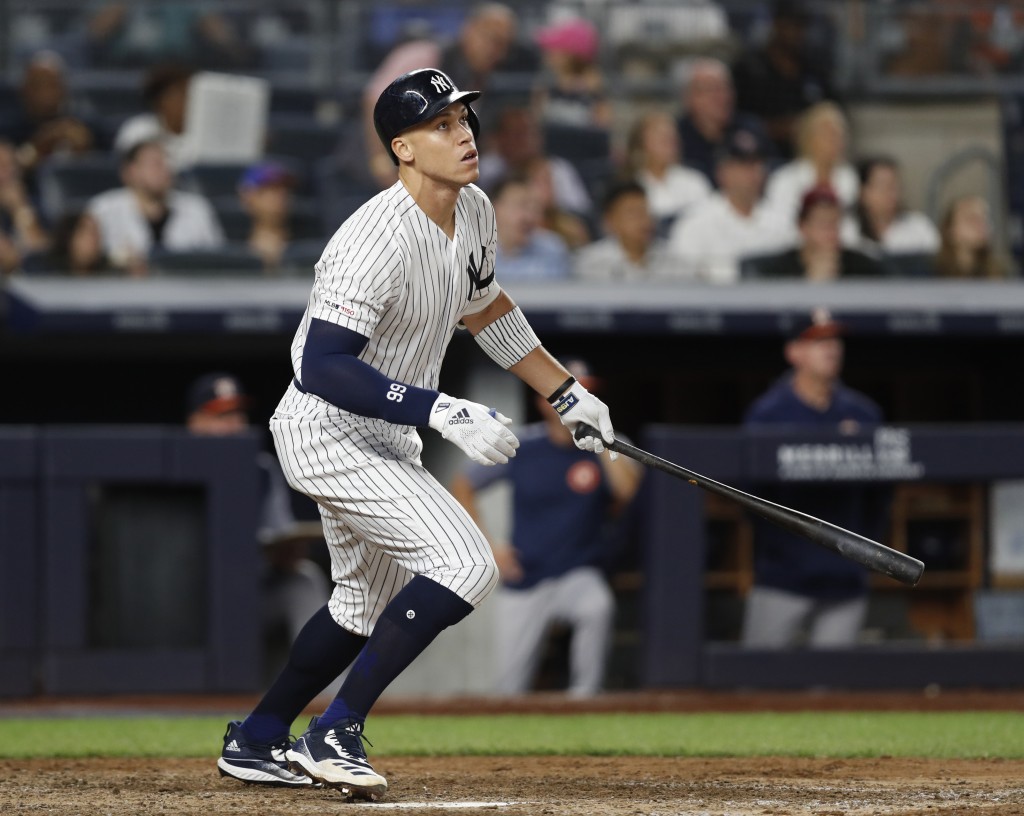 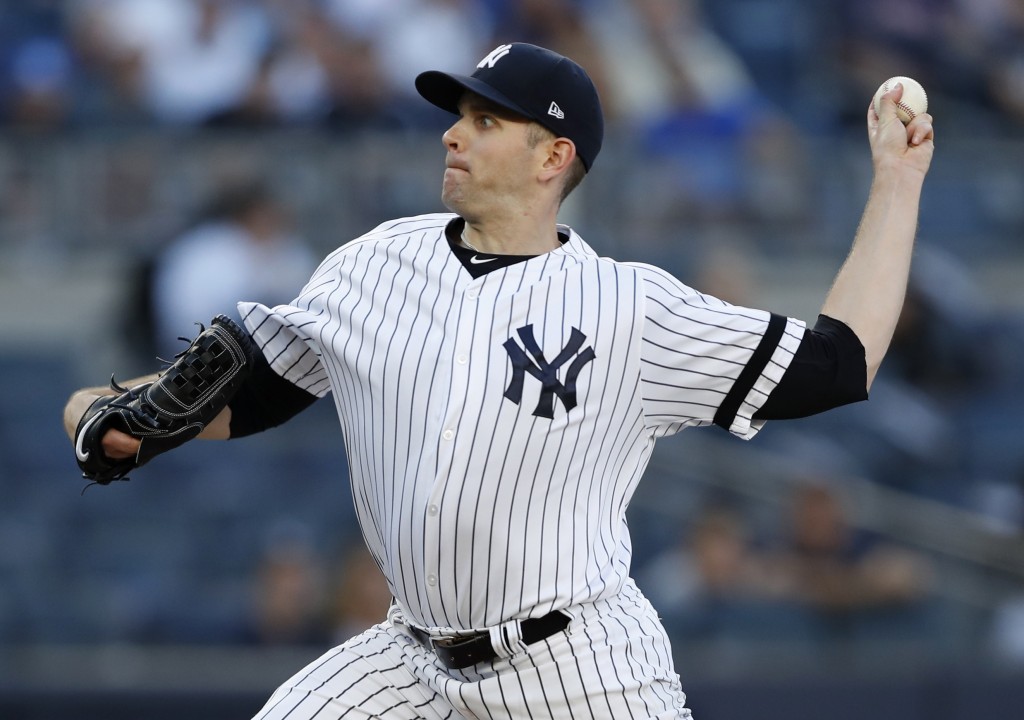 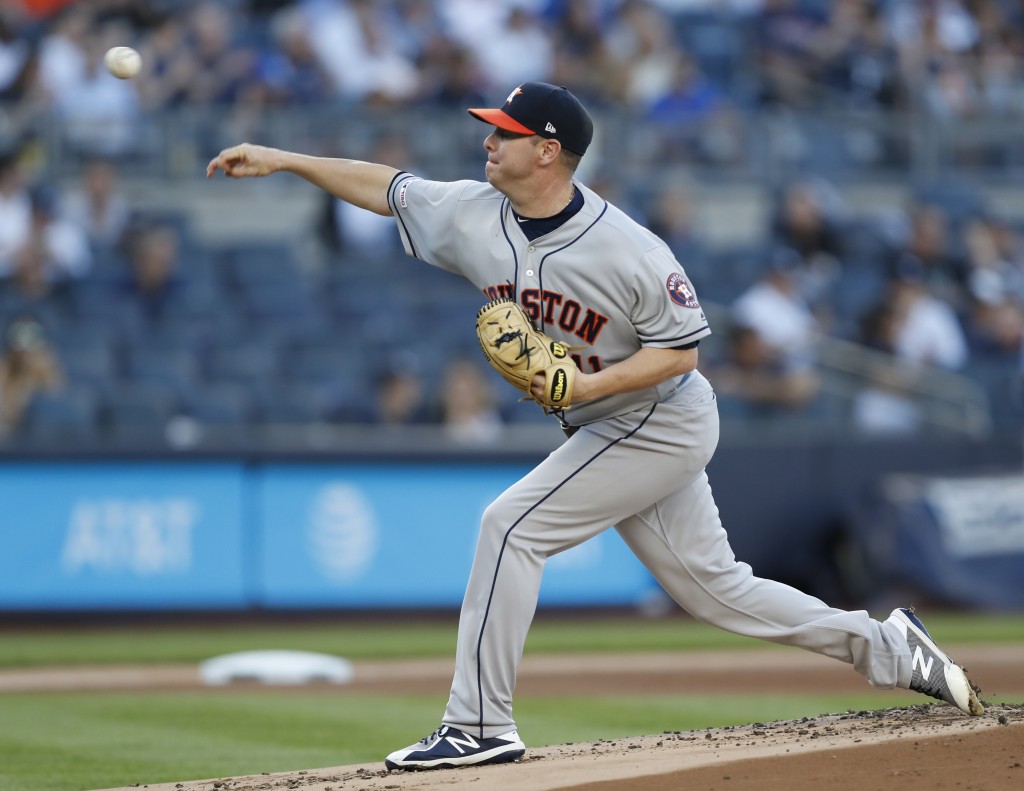 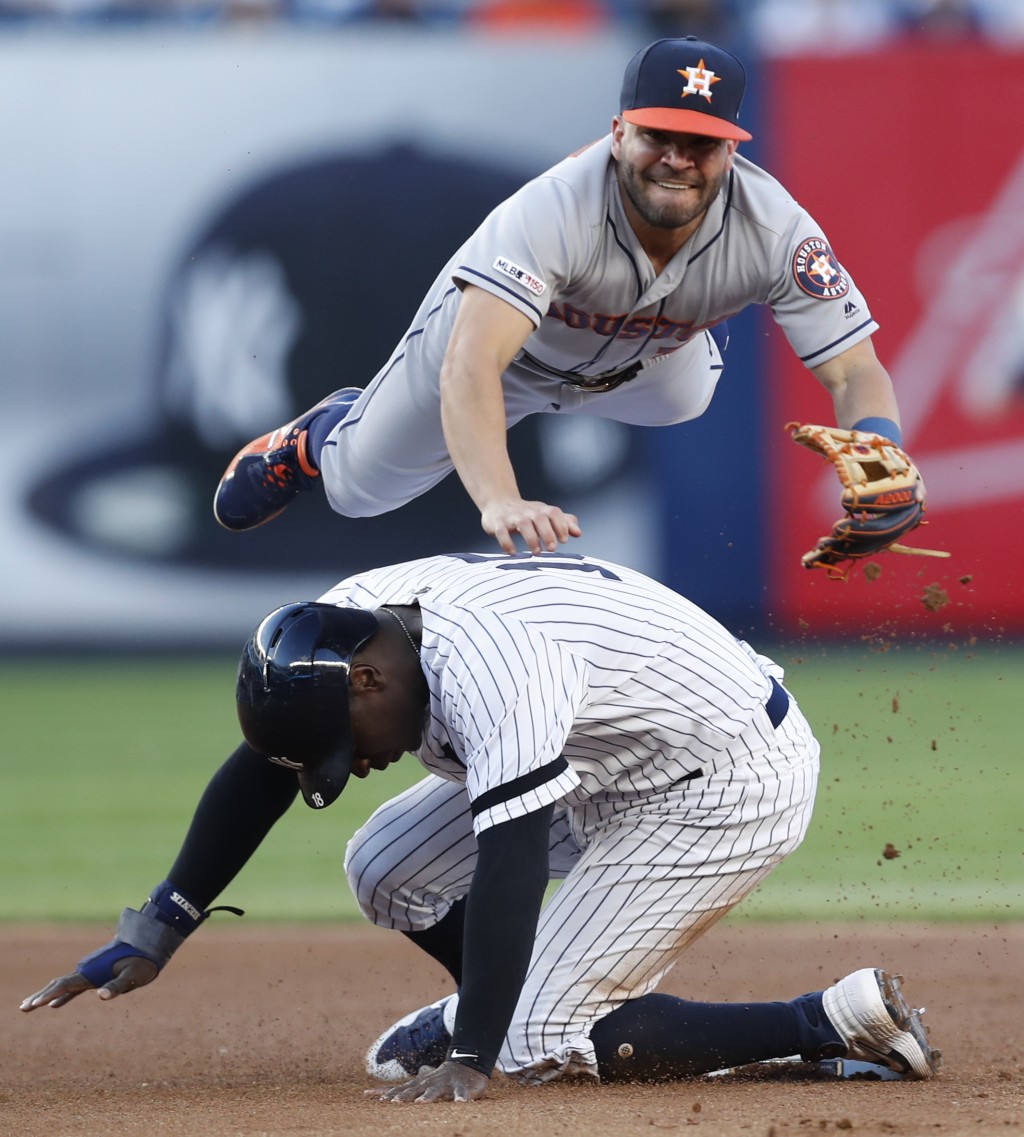 NEW YORK (AP) — Gary Sánchez and Gleyber Torres each homered for the third game in a row, providing a pair of two-run shots that sent the New York Yankees past the skidding Houston Astros 4-1 on Friday night for their seventh straight victory.

Aaron Judge was hitless in his return to the lineup — batting leadoff — but James Paxton (5-3) won consecutive starts for the first time with the Yankees, who matched their longest winning streak of the year.

Houston wasted a strong start from Brad Peacock (6-5) and has dropped six in a row for the first time since losing seven straight in June 2016.

Paxton went five-plus innings before handing a slim lead to a shutdown bullpen that delivered again for the AL East leaders.

Adam Ottavino entered after a leadoff double in the sixth and threw 1 1/3 hitless innings with two strikeouts. Zack Britton walked two in the eighth but escaped when Torres started a slick double play with a glove flip from second base to end the inning.

Aroldis Chapman got three outs for his 21st save in 23 attempts. He was checked by a trainer after slipping to the turf while fielding Jose Altuve's bunt single with two outs in the ninth. Then he threw a called third strike past rookie bopper Yordan Álvarez with two aboard to end it.

Houston went 1 for 13 with runners in scoring position and stranded 12 in all.

Sánchez launched a 481-foot shot deep into the elevated bleachers above and beyond the bullpen in left-center. New York has homered in 24 consecutive games, one short of the franchise record set in 1941.

Brett Gardner doubled off reliever Hector Rondon in the seventh and Torres sent an opposite-field drive just over a leaping Josh Reddick at the auxiliary scoreboard in right-center.

Edwin Encarnación also played some fine defense for the Yankees at first base. The 6-foot-7 Judge, batting leadoff for the first time in his big league career, went 0 for 4 with two strikeouts in his first game since straining his left oblique on a swing April 20.

Altuve had three infield singles and a walk for the Astros, who still have a comfortable lead in the AL West. Peacock struck out 11 and walked none over six innings in his first start against the Yankees. He gave up two runs and five hits.

Houston scored on successive doubles by Tyler White and Jake Marisnick with two outs in the fourth.

Astros: Backup catcher Max Stassi (left knee soreness) was reinstated from the 10-day injured list and LHP Reymin Guduan was recalled from Triple-A Round Rock. To make roster room, catcher Garrett Stubbs and INF Jack Mayfield were optioned to Round Rock after Thursday night's game. ... OF George Springer (strained left hamstring) took a scheduled day off on his rehab assignment at Double-A Corpus Christi. He is slated to play Saturday and Sunday — one game in the outfield, the other at DH. If all goes well, he is likely to be activated Tuesday. ... RHP Collin McHugh (elbow) and RHP Joe Smith (left Achilles tendon surgery) were scheduled to pitch Friday night for Corpus Christi. It was the first rehab outing this season for Smith, who has been sidelined all year. McHugh needs to pitch on successive days in the minors before rejoining the Astros, manager AJ Hinch said.

Yankees: RHP Domingo Germán (left hip flexor strain) threw a bullpen and is scheduled for another one Monday. He will likely need a rehab outing but could rejoin the big league rotation before the All-Star break. ... CF Aaron Hicks was out of the starting lineup for the second consecutive game because of inflammation in his sore right shoulder. He received a cortisone shot Thursday and took pregame batting practice with teammates on the field Friday. Hicks, however, entered on defense in the fourth when LF Cameron Maybin exited with a strained left calf. Maybin was scheduled for an MRI and is headed to the injured list. "It'll be a while," manager Aaron Boone said. Maybin appeared to get hurt diving back to first on a pickoff attempt. ... Regular leadoff man DJ LeMahieu and 1B Luke Voit were rested.