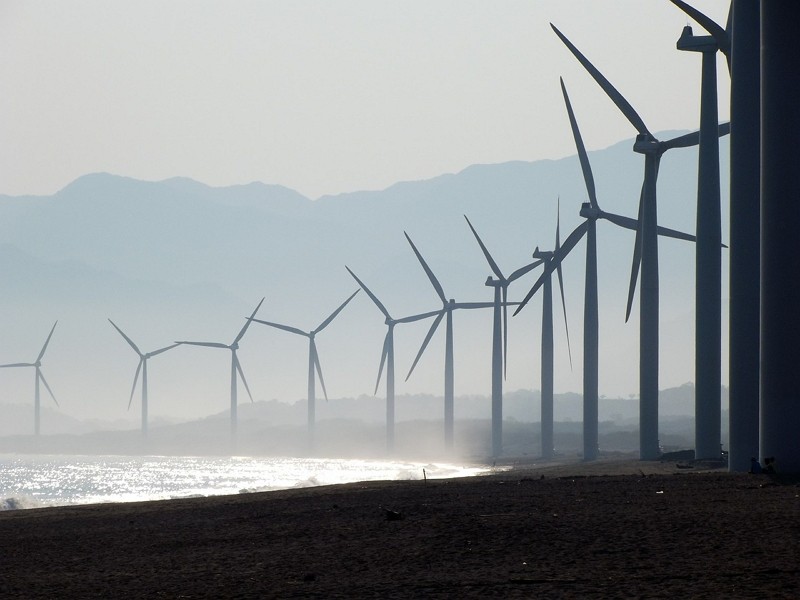 Orsted, one of the companies to receive a permit from the Taiwan government earlier this year to develop offshore wind power, signed an agreement with 15 banks in Taiwan Thursday to secure the five year syndicated loan.

Under the syndicated loan agreement, Bank of Taiwan, the largest lender in the country, as well as Cathay United Bank and BNP Paribas will serve as the mandated lead arrangers for the loan facility.

Each of the lead arrangers will loan NT$3 billion to Orsted, while the other 12 banks will share the remaining loan, according to the agreement.

This is the first time government-invested banks have provided a loan facility for an offshore wind energy development project.

According to the agreement, the interest rate for the five-year loan will stand at the Taipei Interbank Offered Rate, or TAIBOR, plus 55 basis points, so the lowest rate could be around 1.7 percent.

Orsted is planning to build four offshore wind farms in Changhua by investing NT$380 billion. In the first phase of the investment, about NT$65 billion will be spent to build wind farms with about 50 percent of the funds coming from Orsted, while the remaining amount will come from bank loans and other funding sources.

As for other funding sources, Orsted is planning to issue green loans on the local market by the end of this year to finance the first phase of the investment.

The green bond initiative, promoted by the local capital market, is aimed at showing corporate responsibility with regard to environmental protection, with the proceeds going toward funding environmentally friendly projects.

Sources from Bank of Taiwan said the bank failed to reach agreements with wind energy developers to extend loans in the past because it was not familiar with the business, but this time, the bank decided to extend the loan to Orsted after a careful assessment and the Danish firm's parent company, Orsted A/S agreeing to fully guarantee the loan.

Moreover, the loan carries a maturity of just five years, which also reduces the risk to the banks, the sources said.

"This green revolving loan facility provides local financial institutions with an opportunity to tap into the offshore wind industry and boost their confidence in financing offshore wind projects," Matthias Bausenwein, president for Orsted Asia Pacific, said in a statement.

"This is a significant step forward, to bring clean energy to the people in Taiwan. A step jointly taken by Orsted and local financial institutions," Bausenwein said.

According to Orsted, its Greater Changhua offshore wind projects will be located 35-50 kilometers off the coast of Changhua. With a capacity of about 900MW, they are expected to supply about 1 million Taiwanese households with green power. The offshore wind farms will be constructed in 2021 and 2022.