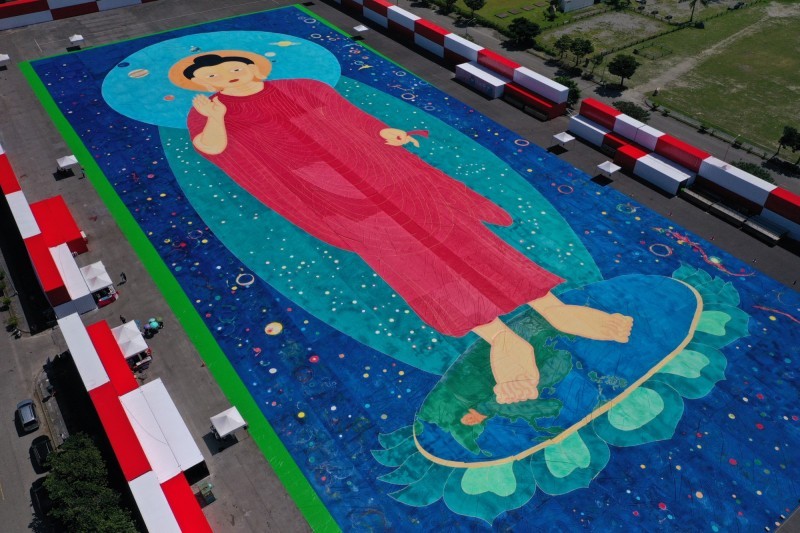 TAIPEI (Taiwan News) – An internationally recognized painter and calligrapher, Hong Qizhen (洪啟嵩) has completed a massive painting of the Buddha, which he began 17 years ago.

The "Great Buddha of the Century" (世紀大佛), is the largest painting of the Buddha in the world, measuring 168 meters in length and 72.5 meters in width.

It was put on display outdoors in Taiwan's Hualien County on Friday (June 21) so that it would be bathed in the first light of the summer solstice.

The painting, which covers an area of over 12,000 square meters, was unfurled at 4:00 a.m. near the coast of Ji’an Township. It received official recognition as the largest Buddha painting in the world at 10:00 a.m., reports Liberty Times.

The painting was made with watercolors, requiring an estimated 8 tons of paint and 400 tons of water to complete over the course of 6,025 days. The artwork weighs about 2,100 kilograms.

The "Great Buddha of the Century" was previously displayed in Kaohsiung while still unfinished. Hong says he was originally inspired to begin the work after two giant 6th Buddha statues were destroyed by the Taliban in Afghanistan in 2001.

Hong and his sponsors hope that unveiling of the completed work will herald an era of blessings and prosperity for Hualien, Taiwan, and the rest of the world. 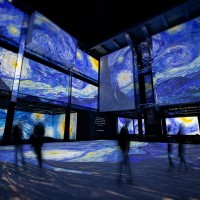