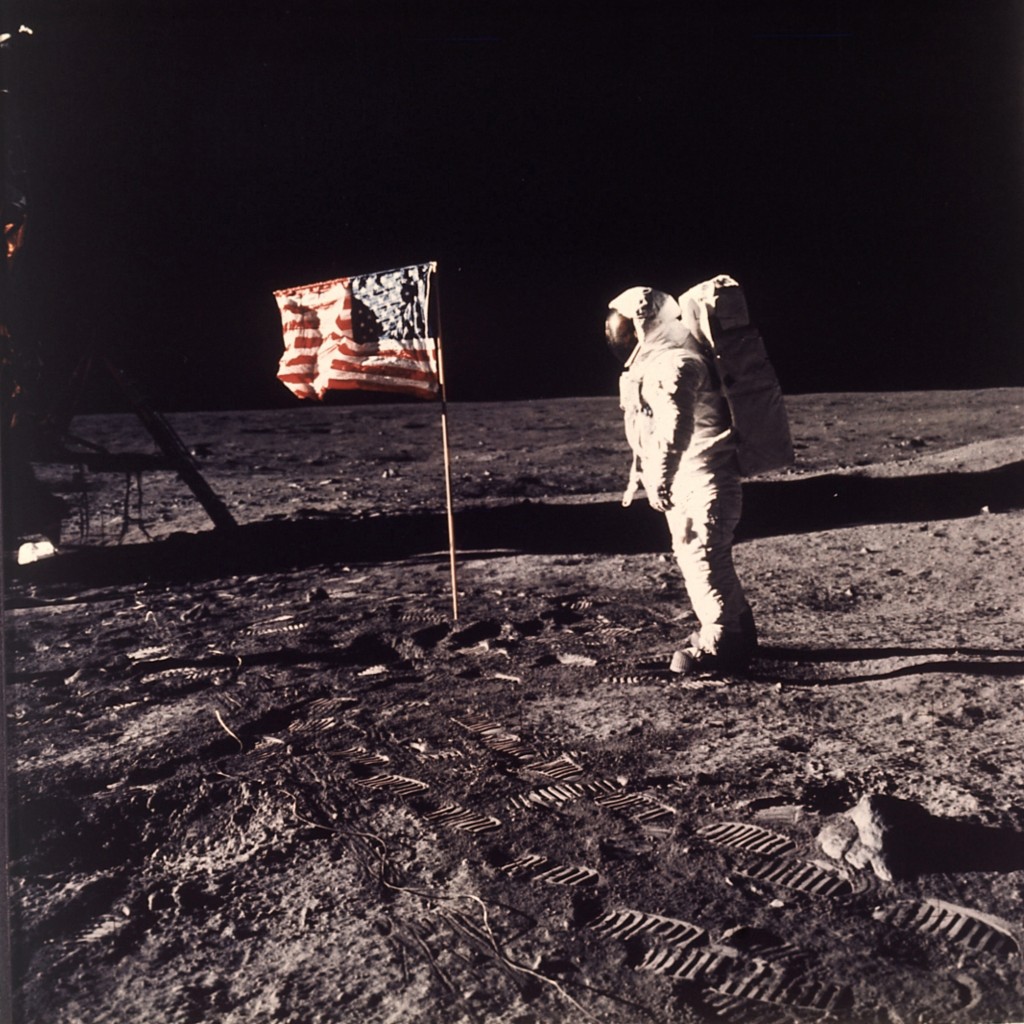 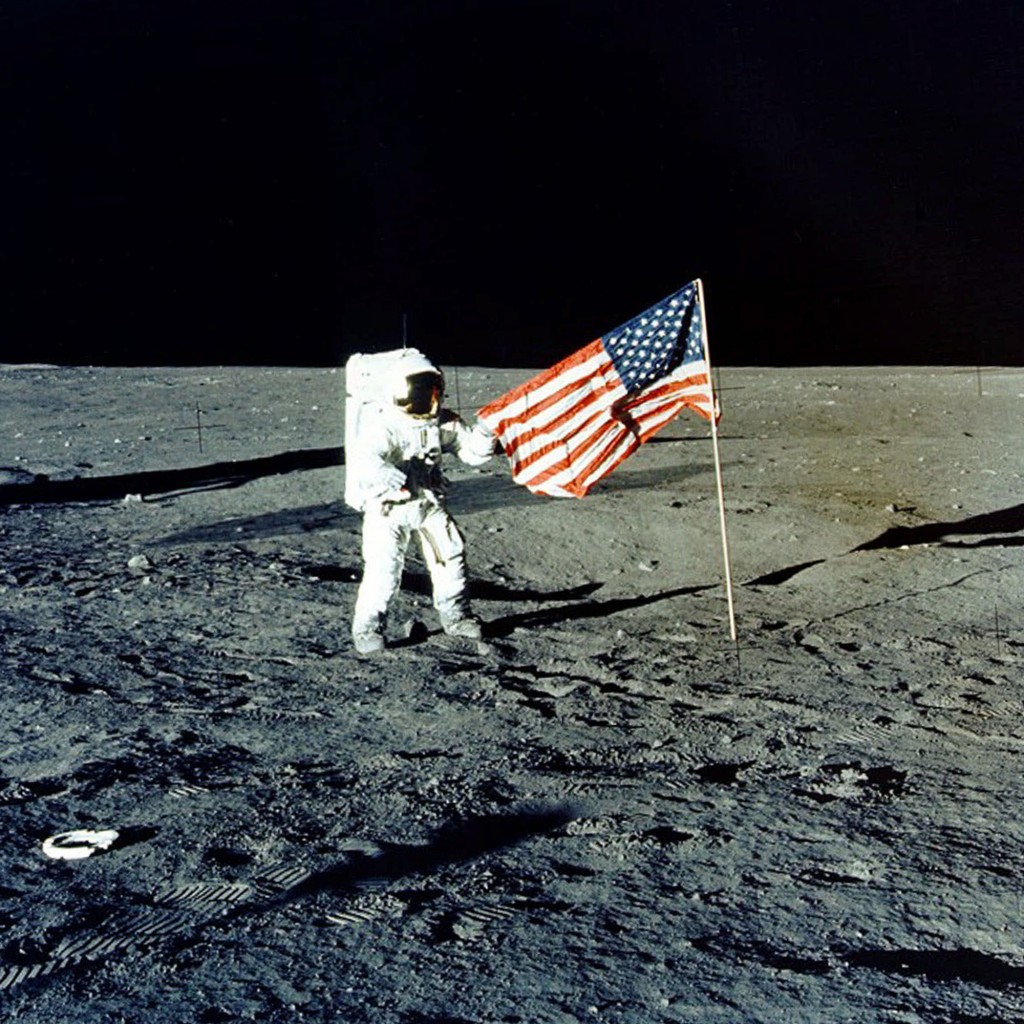 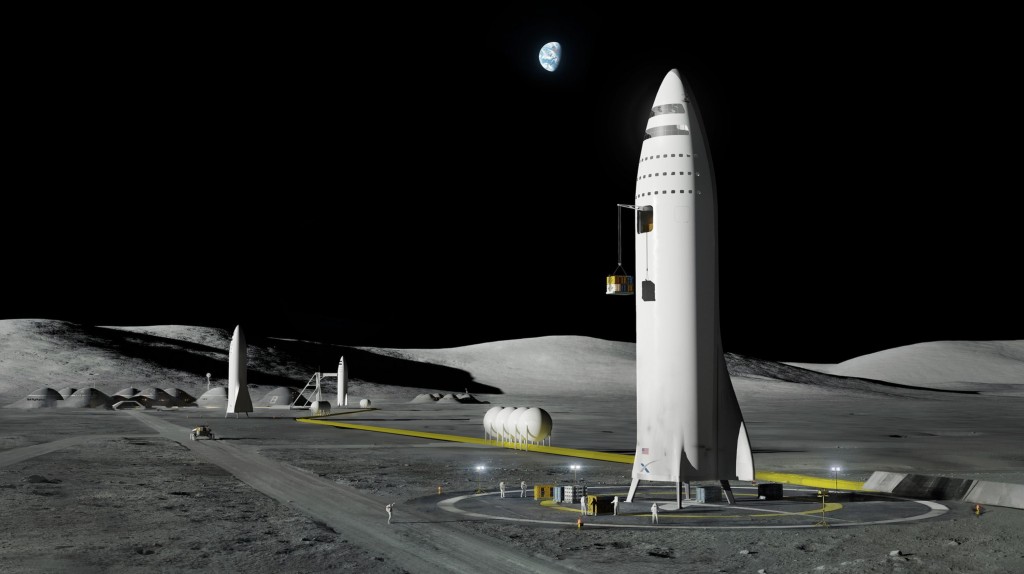 CAPE CANAVERAL, Fla. (AP) — Americans prefer a space program that focuses on potential asteroid impacts, scientific research and using robots to explore the cosmos over sending humans back to the moon or on to Mars, a new poll shows.

The poll by The Associated Press and the NORC Center for Public Affairs Research, released Thursday, one month before the 50th anniversary of the Apollo 11 moon landing, lists asteroid and comet monitoring as the No. 1 desired objective for the U.S. space program. About two-thirds of Americans call that very or extremely important, and about a combined 9 in 10 call it at least moderately important.

The poll comes as the White House pushes to get astronauts back on the moon, but only about a quarter of Americans said moon or Mars exploration by astronauts should be among the space program's highest priorities. About another third called each of those moderately important.

Neil Armstrong and Buzz Aldrin on July 20, 1969, became the first humans to walk on another celestial body. In all, 12 NASA astronauts stepped on the moon.

Jan Dizard, 78, a retired environmental studies professor living in Chico, California, acknowledges there's more to learn on the moon and it would be "miraculous" to send astronauts to Mars. But now's not the time, he stressed.

"There are all kinds of other things, not the least of which is climate change, that deserve our attention," Dizard told the AP. "This other stuff can wait."

After asteroid and comet monitoring, scientific research to expand knowledge of Earth and the rest of the solar system and universe came next on the list of Americans' space priorities — about 6 in 10 said that was very or extremely important. Close to half said the same about sending robotic probes, rather than astronauts, to explore space, and about 4 in 10 said the same about continued funding of the International Space Station.

Searching for life on other planets came in fifth with 34% rating it at least very important, followed by 27% for human Mars expeditions and 23% for crewed moonshots.

In a dead heat for last place among the nine listed goals: setting up permanent human residences on other planets, with 21% ranking it as a very high priority, and establishing a U.S. military presence in space with 19%. While other goals were considered at least moderately important by majorities of Americans, about half called a military presence and space colonies unimportant.

Toni Dewey, 71, a retired clerical worker in Wilmington, North Carolina, said space exploration should benefit life on Earth and the explorers should be machines versus humans.

"It would cost a lot of money to send somebody to Mars," she said, "and we have roads and bridges that need repaired here."

As for the moon, Dewey noted, "We've been there."

But Alan Curtis, 47, of Pocatello, Idaho, considers moon and Mars trips a top priority, especially if the U.S. is to remain a world leader in space. Compared with its feats of the 1960s and 1970s, the U.S. space program is now a second thought, he said.

"It's pretty bad that we have to rent a spot on a Russian spacecraft to get to the space station," said Curtis, a store cashier who says he's an occasional bounty hunter. He pointed to the first-ever landing by a spacecraft on the far side of the moon, by China in January.

Abdul Lotiff, 28, a retail security company manager in Mason City, Iowa, also favors a return to the moon. He sees economic benefits there, with the resulting new tech spilling into areas outside the space business. In addition, he said, if and when Earth becomes overpopulated, the moon could serve as a springboard for humanity's expansion into space.

The survey asked Americans to directly choose between the moon and Mars for exploration by U.S. astronaut. The red planet was the winner by about double: 37% compared with 18%. However, 43% said neither destination was a priority.

For Americans under 45 — born after NASA's Apollo moonshots — Mars came out on top by an even larger margin: 50% prefer a Mars trip, versus 17% for the moon. A third said neither should be a priority.

For those 45 and older, 52% said neither Mars nor the moon should be a priority as a human destination. Of that age bracket, 26% preferred sending astronauts to Mars and 19% to the moon.

As for the White House's deadline of returning astronauts to the moon within five years — NASA is aiming for the water ice-rich lunar south pole by 2024 — about 4 in 10 Americans favored the plan, versus 2 in 10 against. The remainder had no strong opinion either way.

The good news, at least for NASA and its contractors, is that 60% of Americans believe the benefits of the space program have justified the cost.

In 1979 — on the 10th anniversary of the first manned moon landing — 41% of Americans said the benefits were worth the cost, according to an AP-NBC News poll.

Men were more likely than women to want to travel to any space destination: Earth orbit, moon and Mars.

Curtis contends the U.S. might have a colony on the moon by now "if we had put our money in the right places."

"We haven't been there in so long," he said. "Is the flag even still there?"

U.S. flags were planted on the moon during each of the Apollo landings through 1972. The first was knocked over by engine exhaust when Apollo 11's Armstrong and Aldrin blasted off the moon.

The AP-NORC poll of 1,137 adults was conducted May 17-20 using a sample drawn from NORC's probability-based AmeriSpeak Panel, which is designed to be representative of the U.S. population. The margin of sampling error for all respondents is plus or minus 4.1 percentage points.