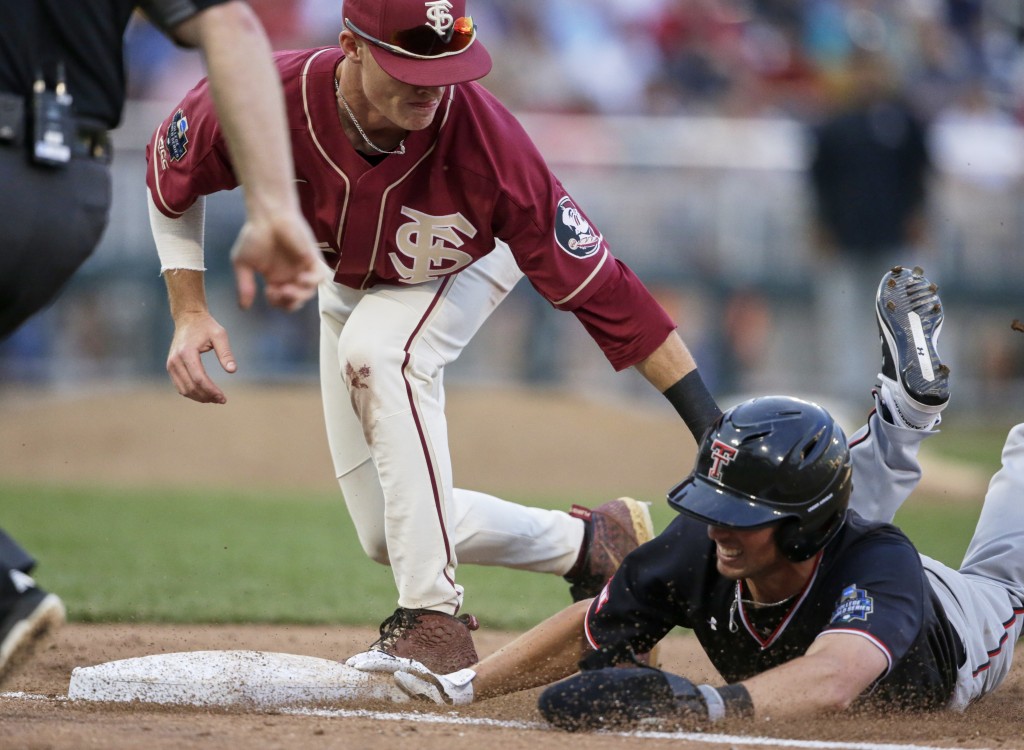 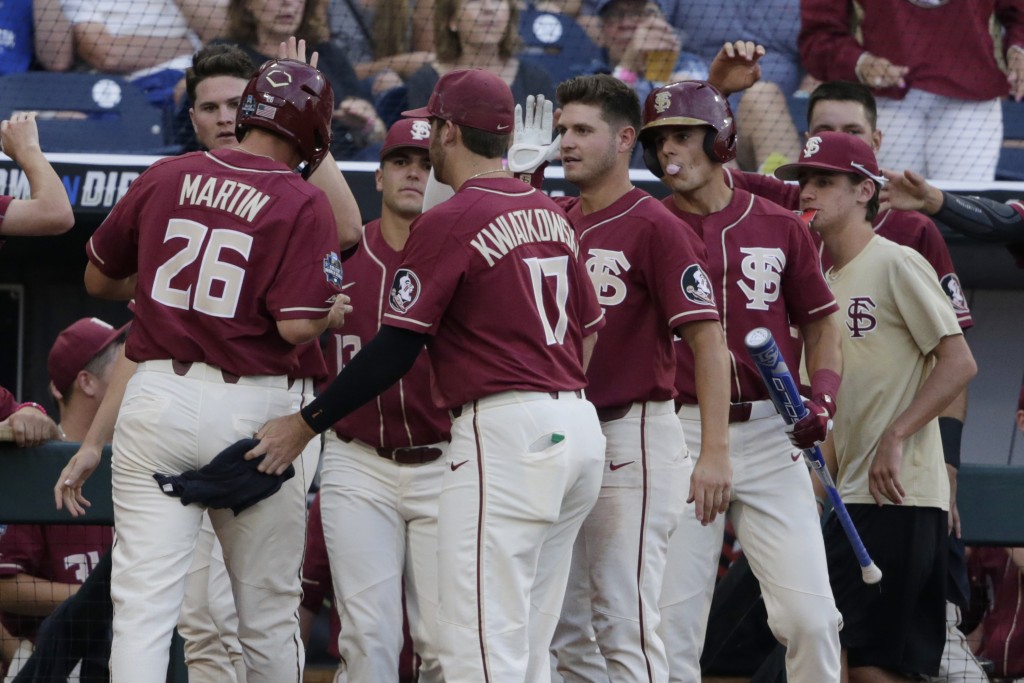 Klein's homer, his second of the CWS and third of the season, came in the sixth inning and stood up because of the Seminoles' inability to find a spark on offense.

Tech (46-19) won a second game at the CWS for the first time in its four appearances.

FSU (42-23) had no trouble scoring while sweeping through a regional in Athens, Georgia, and a super regional at Baton Rouge, Louisiana, to earn Martin his 17th trip to the CWS. The Seminoles beat Arkansas 1-0 here Saturday, but lost 2-0 to Michigan before the Red Raiders eliminated them.

Martin heads into retirement with 2,029 career wins — most by any coach in any college sport — but no national championships. Each of his 40 teams won at least 40 games and played in the NCAA Tournament.

When Taylor Floyd struck out Reese Albert to end the game, Martin came out of the dugout, took off his glasses and strode across the field to shake hands with Tech coach Tim Tadlock.