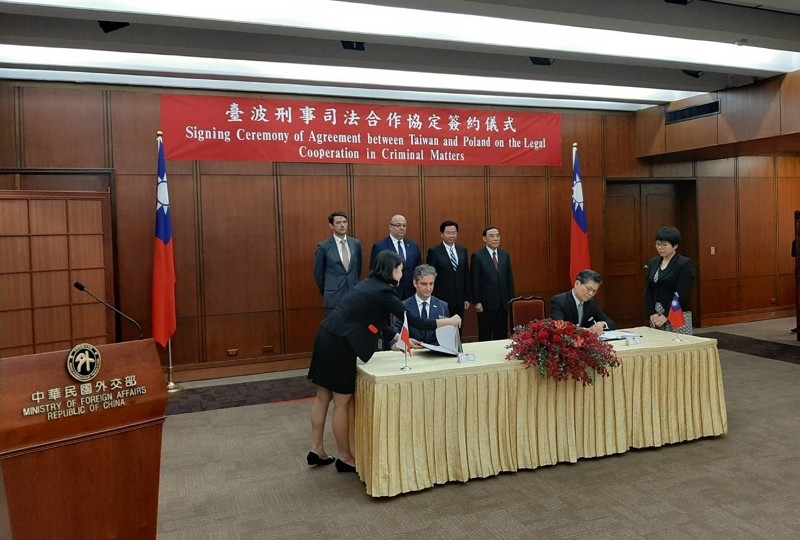 TAIPEI (Taiwan News) -- Taiwan and Poland signed a judicial agreement on criminal matters in Taipei on Monday (June 17), according to the Ministry of Foreign Affairs (MOFA).

MOFA announced on Wednesday (June 19) that Poland became the first European country to sign such an agreement with Taiwan. The pact provides a legal basis for judicial assistance, extradition and transfer of criminals, prosecution of crimes, information sharing, and other forms of legal cooperation between the two countries.

According to MOFA, Poland is one of Taiwan’s major trade partners in central Europe and the country’s economy has been growing rapidly in recent years.

With stronger trade ties and exchanges in agriculture, science and higher education between Taiwan and Poland, the agreement of legal cooperation on criminal matters will further improve the bilateral relationship between the two countries.