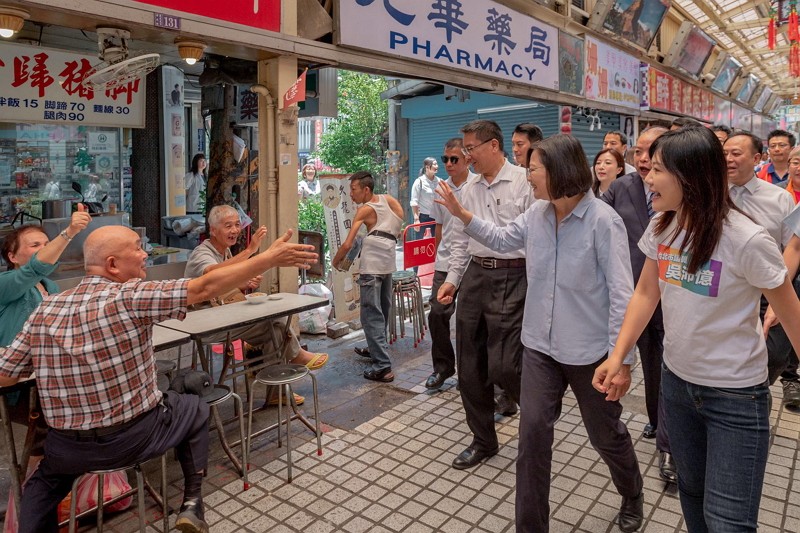 In an article titled “All eyes on Tsai,” EIU said the rout of the ruling Democratic Progressive Party (DPP) in the 2018 nine-in-one elections put Tsai at a disadvantage due to low approval ratings. The failed challenge by former Premier William Lai (賴清德) to secure the presidential nomination has, however, enabled Tsai to bolster her campaign, promote her policies and achievements, and boost her position among DPP supporters.

Despite her comeback, Tsai is unlikely to enjoy a comfortable win. It is expected that Han will beat the other hopefuls and win the KMT nomination in July, including Foxconn Chairman Terry Gou (郭台銘), EIU forecasts.

The article argues that Han’s popularity stems from his endeavor to distance himself from party politics and woo support from voters who have become disillusioned by the “ideological and institutional rigidity” of the KMT. While stressing a pragmatic approach focused on business, he also rebuffs the notion of Taiwan being subject to the “one country, two systems” framework proposed by China.

Nonetheless, EIU still upholds the view the DPP will be able to retain the presidency, citing polls conducted by Taiwan broadcaster TVBS and newspaper Apple Daily. Tsai will benefit from a transfer of support from Lai’s staunch supporters, the article suggests.

EIU also assumes that Ko Wen-je (柯文哲), Taipei Mayor and an independent, will not run for president, because the strong performance of KMT candidates in recent polls may discourage Ko from running. This will suit the DPP, as Ko is considered to be more “aligned with the DPP than the KMT.”

Also, cross-strait issues will become a significant factor swaying voters. The massive protests in Hong Kong against the controversial extradition bill are likely to make an impact on Taiwan voters as they cast their ballot to select the next leader of Taiwan, EIU said.